If you had invested $1,000 in the top 100 US companies from 1917, you—and your grandkids—would have profited handsomely 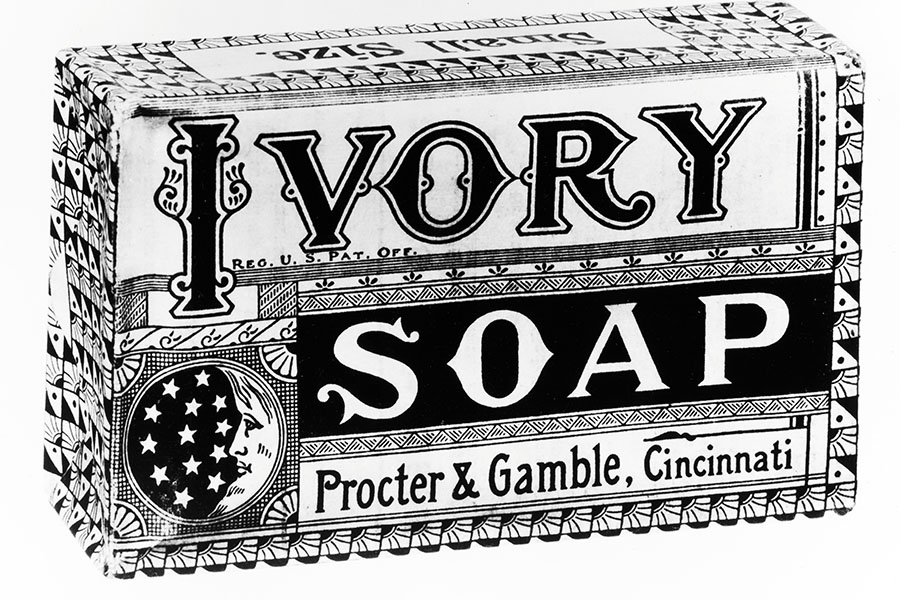 Only 12 of the original 100 largest US companies of 1917 have lasted a century under the same name. The survivors—GE, AT&T, Ford and Dupont—have defined American industry and innovation.

Despite the high attrition rate, anyone smart and wealthy enough to have invested $1,000 in each of the top 100 public companies in 1917 would now have a portfolio worth $26.6 million—based on price appreciation alone. The 5.8 percent compounded annual return slightly exceeds that of the 30 stocks of Dow Jones Industrial average. And if you were to add in dividends accrued, the result would likely be 10 percent annually, or as much as $1 billion. The inflation rate over the last 100 years averaged 3 percent.

The star of the original list is Procter & Gamble. An initial investment of $1,000 would have appreciated in value to $1.6 million. (Including dividends, the amount would be at least $50 million.) 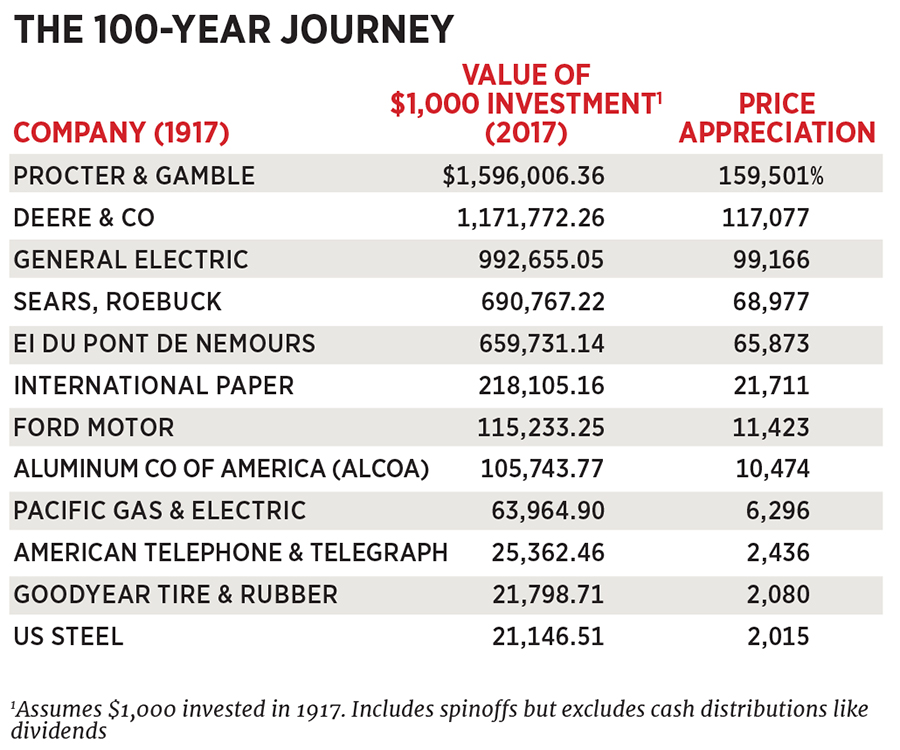 Most companies shape-shifted through mergers and breakups, but government meddling played a big part in returns. American Telephone & Telegraph, known to Boomers as Ma Bell, was forced to split into eight companies in 1984. Owners of the original company now also own shares in Verizon, Comcast, CenturyLink and Nokia. Likewise, John Rockefeller’s Standard Oil was broken into dozens of companies in 1911, ten of which were among America’s 100 largest companies at Forbes’s 1917 founding. Today those “Standards” reside inside Exxon Mobil, Chevron, BP and Sinclair Oil.

Investors in Sears, Roebuck have done well despite a 90 percent plunge in the stock since 2007. A thousand invested would be $691,000 thanks to spinoffs such as Allstate and Dean Witter. Kodak went bankrupt in 2012, but its 1994 spinoff of Eastman ­Chemical means 1917 shares are now worth $138,200. As for the railroads, Atchison, Topeka & Santa Fe and Southern Pacific were lousy investments for decades, but there’s hope: Shares have morphed into Berkshire Hathaway, managed by the century’s best investor, Warren Buffett.