IDFC-Shriram Group merger talks end: Did too many big names spoil the party?

The deal falling through will impact IDFC Group the hardest, say analysts 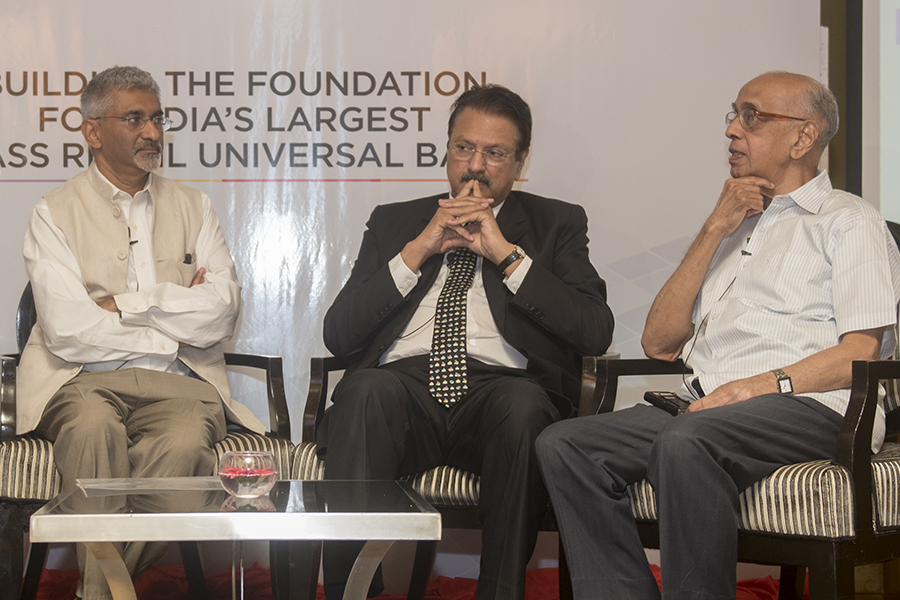 (L-R) Rajiv Lall, managing director and CEO, IDFC Bank; Ajay Piramal, chairman, Shriram Group; R Tyagarajan, founder, Shriram Group
After more than three months of engaging in exclusive talks to create a financial conglomerate, with a universal bank at the centre, the boards of IDFC and the Shriram Group have called off the proposed deal on Monday, which was first officially announced on July 8 this year.

Concerns over valuations have been cited as the main factor which led to an inconclusive series of discussions, sources said. But analysts Forbes India spoke to said that the talks fell through possibly because “it involved the presence of too many bigwigs.”

IDFC Bank, which is headed by managing director and CEO Rajiv Lall and, industrialist Ajay Piramal, who is the chairman of the Piramal Group and the Shriram Group, were not available to comment on the factors which led to the deal falling through.

The deal was a chance to create a financial conglomerate with a universal bank at the centre, which could have become India’s largest mass retail universal bank platform. The plan was that the merged entity was to focus to offer the full range of financial products from savings and credit to protection and wealth managements, to millions of small customers and entrepreneurs, who are still underserved in the banking system.

The IDFC Group and the Shriram Group had -- considering the extensive due-diligence required – had decided to extend the exclusivity agreement till November 8.

But just prior to this deadline, IDFC Group said on Monday: “Despite best efforts IDFC Group and the Shriram Group have not been able to reach common ground on a mutually acceptable swap ratio,” in a statement to the stock exchanges.

“Accordingly both parties have agreed to call off discussions on a potential merger,” the statement added. In a separate statement, IDFC Group further said that it would continue to explore opportunities for inorganic growth.

The Shriram Group, in a separate statement to the stock exchanges, said: “Despite best efforts of both IDFC and Shriram, we could not hit common ground and arrive at a mutually acceptable structure and valuation.”

Lall had called the deal “a marriage made in heaven” at the time when it was first announced.

“The [proposed] deal has fallen through because it was a fight of big wigs. There were too many parties...Rajiv Lall, Ajay Piramal etc. and there were too many permutations also. Nobody was willing to bring more to the table,” an analyst with a local brokerage outfit said, declining to be named due to company policy.

It must be noted that Piramal, who has been chairman of Shriram Capital since November 2014, has refrained from merging the financial services businesses of flagship Piramal Enterprises Ltd (PEL) with that of Shriram’s. In May this year, he had told Forbes India that it was better that both entities “grow independently.”

What the ‘no-deal’ means
The no-deal is likely to impact IDFC Group the most, for it would affect the bank’s expansion plan as a retail franchise. It has still not been able to build its retail presence at the pace it was expected to, since getting a universal business license two years ago. “If the deal had gone through there would have been a ready structure for a retail franchise,” the analyst said.

The plan – through the deal -- was to absorb the retail centric business of Shriram City Union Finance into IDFC Bank, which would result in a substantial ₹20,000-25,000 crore expansion for IDFC Bank’s balance sheet. Shriram Transport Finance Company was to remain a separate entity as a specialised NBFC, but will come under the umbrella of IDFC. Further, IDFC Group was expected to own majority stake each -- of the general and life insurance business -- currently under the unlisted holding company of Shriram Capital.

The exit of IDFC from the picture would also provide greater clarity to Piramal to decide on what to do with the Shriram investments.

It would be interesting to see how the stock markets react on Tuesday to the deal falling through. According to an analyst, some of the Shriram Group’s listed stocks and PEL could witness a “dead cat bounce” in coming days.

Tweets by @forbesindia
100 years of Forbes: Survivors' gilt
You can turn ordinary into extraordinary