You can turn ordinary into extraordinary

How humble upbringing and a freak accident inspired Olympian Michael Phelps and SAP CEO Bill McDermott to do great things. 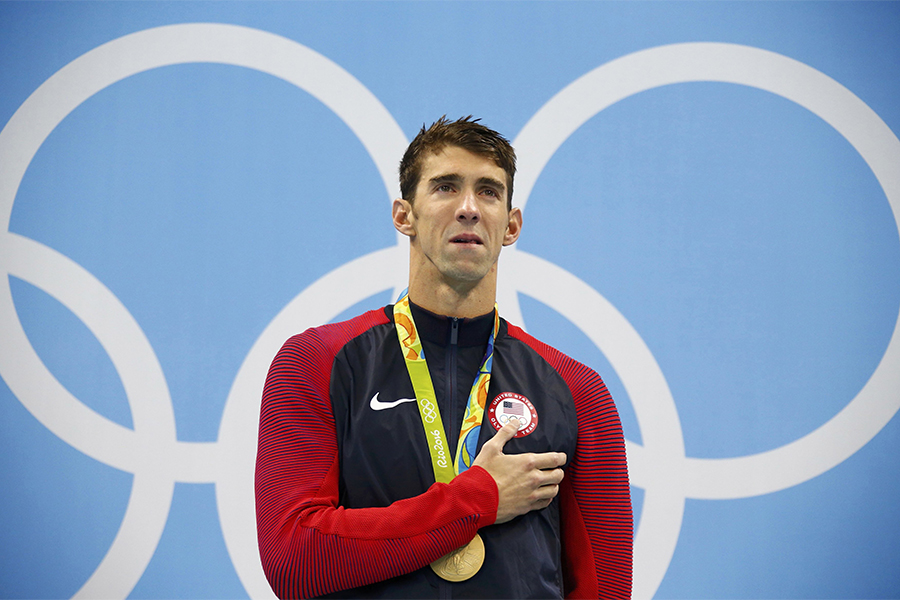 Michael Phelps (USA) sings his national anthem on the podium during the Victory Ceremony - Men's 200m Individual Medley, 2016 Rio Olympics
Image: David Gray / Reuters
On July 24, I will emcee SAP’s inaugural The Winning Move, an intimate conversation between Bill McDermott and Olympic champion Michael Phelps at Arizona State University in Tempe, AZ, at 4:00 PM. Topics to be discussed between the two will relate to the different leadership styles both Bill and Michael have incorporated that led to their winning moves and more.

This is their incredible story.

Plutarch is the most famous biographer in history for good reason. He was the first to write about great leaders like Julius Caesar by looking past his victories and probing into the smaller details of a big life. He wrote:

“ For it is not histories I am writing, but lives; and the most glorious deeds do not always reveal the inner workings. Frequently, a small thing gives more insight into a person than battles where thousands fall.

When we think about the enormous challenges facing leaders today, things like disruptive technology and geopolitical hysteria come to mind. We expect our leaders to rise to the occasion, and when they do, we celebrate and praise them.

But is that “end of story”?

In fact, by simply adding up the highlights of a leader’s life, have we really learned how to translate their unique talent into winning in our own lives? Our tendency to dwell on the peaks of a career — as if we are answering a multiple choice test — causes us to miss the best parts.


How many Olympic gold medals has Michael Phelps won?

Phelps won his 23rd gold medal in the 2016 Olympic Games in Rio, the highest number of medals won by a factor of more than two of anyone in Olympic history. That record began over 2,100 years ago, by the way.

But each of Phelps’ medals deserves a story all its own. The significance isn’t that Phelps won 23 gold medals, it’s that on 23 separate occasions he challenged the best competitor in the world and won. 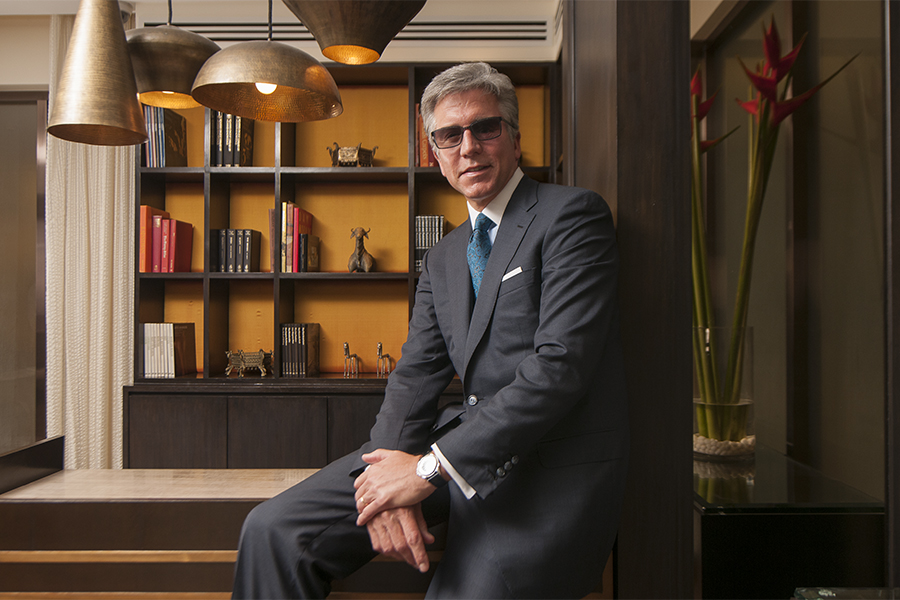 William R. “Bill” McDermott is the first American CEO of SAP, the global enterprise software firm. Previously, he was the youngest officer at Xerox. But long before those victories, he started a corner delicatessen in his hometown of Amityville, Long Island, at the age of 16, to pay his way through college.

SAP, as the world’s largest business software company, with over 85,200 employees and 350,000 customers in 180 countries, and $30 billion in revenue, makes McDermott one of the most successful executives of his generation. He is a well-known figure at Davos, at the White House, and in all corners of the earth where enterprise business is done. Although he makes it look easy, it was anything but.

“I grew up understanding that anything given or earned can be taken away. To this day, I truly believe I must keep proving myself. When you start to feel entitled, that’s when you start to slide.”

When McDermott was seven, his five-year-old brother died. Early in his career, he left Xerox to become president of Gartner Group, a leading IT consultancy. That same week his wife was diagnosed with breast cancer. Later, his mother died of pancreatic cancer. He was at her bedside when she told him to leave because he had to give a speech at Radio City Music Call before an audience of 20,000. He returned to his mother’s side shortly before her death.

The media reported his inspiring speech. Plutarch would have written instead about a “small thing,” how McDermott left an empty theater and raced back to be with his mother as her life vanished away.

Michael Fred Phelps II has a few impressive stats of his own: at least 11 biographies on Amazon, 39 world records, the most of any swimmer in history, not including the all-time records for Olympic gold medals (23) and 13 Olympic gold medals for individual events, surpassing Leonidas’ 2,168-year-old record set in the 152 BC Olympic Games.

Phelps was brought up in a household that wasn’t spared any of the challenges many of us face today. His parents divorced when he was nine, and soon after he was diagnosed with ADHD. Phelps recognized he had a problem. “Growing up with ADHD, I had teachers telling me I could never, never amount to anything, that I would never be successful in life,” he said.

They hadn’t met Michael’s mother, Debbie Phelps, who didn’t ask for a Ritalin prescription, but threw him in the pool instead.

At first, it looked like he was going to fail again. “I was a little scared to put my head underwater, so I started with the backstroke,” Phelps told Frank Litsky, a sportswriter for The New York Times, adding, “I was still scared because I don’t think I had goggles.”

By age 10 he was setting national records in the 100-meter butterfly.

Phelps improved rapidly and qualified for the 2000 Summer Olympics at 15, becoming the youngest male to make a U.S. Olympic swim team in 68 years.

Debbie Phelps also offered a healthy incentive system that helped keep her superstar son humble. When he wanted to buy something with his winnings, she had one condition: he could get it each time he set a new world record.

Falling Is Not Failing
In a quiet summer evening in July 2015, after taking over as co-CEO of SAP, Bill McDermott was at his brother’s home and walked down a set of stairs carrying a glass of water. He tumbled and blacked out. After some time, he came to and saw he was alone. But “saw” wasn’t exactly right.

Chairman of SAP, Hasso Plattner, told the media early reports indicated McDermott “nearly bled to death” from the glass puncturing his left eye. McDermott didn’t know it at the time, but he had “shattered his cheekbone, sliced his eye socket, and cut the optic nerve,” according to reports. (For the full story, see Bill’s YouTube video, “The Brave Ones.”) He underwent 12 surgeries and spent months in the hospital before he was able to return to work. The company had to hastily prepare a succession plan in case he didn’t make it.

Today, he believes the accident prepared him for bigger challenges ahead:

"My accident changed my life for the better. You get knocked unconscious and the glass hits all the wrong parts. I lost that battle. But I won a bigger one. So I don’t get rattled by the chaos. I get inspired by beating it back and finding out how gorgeous it is on the other side."

Michael Phelps was training for the Beijing Olympics in 2008 in Ann Arbor, Michigan, when he was trying to do something many of us do several times every day, get into a car.

It turns out the Olympian is a bit of a klutz.

He fell, bracing himself with his right hand, and broke his wrist. To most of us a broken wrist is a nuisance, but to a swimmer at Phelps’ level who wins races by hundredths of a second, it’s the wing flap to an airplane. You can’t swim competitively and win with a broken wrist.

Bob Bowman, Phelps’ coach since his early days of training, put a rose tinted lens on it when he told the Detroit Free Press he was “not worried” and that the break “could have healed on its own.”

But media pundits were quick to catch on to the severity of the injury and thought it spelled disaster for Phelps. They predicted it would keep him out of the water and doubted not just that he could win but whether he would even qualify. “Will he even be able to compete in the Olympics at all?” the headlines blared.

Later, Bowman admitted Phelps was as upset as Bowman had ever seen him. “He was devastated,” Bowman said. “He kept saying, ‘It’s over. I’m finished.’”

Phelps knew he had to lay off swimming but still find a way to prepare. He let his natural competitive instinct take over and figured out a way to train without swimming. “I realized that all the people that told me I can’t do it, that this is going to make it even harder, you know what? I’m gonna do it.”

Phelps got back in the water using a kick board, doing his laps using only his legs. Let’s call it the Phelps crawl, because it helped him set a world record.

Fast forward to Beijing. Nine months later, Phelps is facing incredible competition from Serbian gold medalist Milorod Cavic in the 100-meter fly. With less than one lap to finish, Phelps is a full stroke behind Cavic. That’s when Phelps kicks into high gear. His turbocharged kick was strong enough to get his hands to the wall first — and he won the gold by 1/100th of a second.

When the race was done, Bowman said, “The tremendous setback…without it, Michael would not have won the race.”

Michael Phelps agreed, and he also learned something about himself and life, when you overcome adversity it becomes your friend: