Universal bank to be at the centre of IDFC, Shriram Group mega-merger

Cannot have long term strategies, you have to take advantage of the situation, says Ajay Piramal 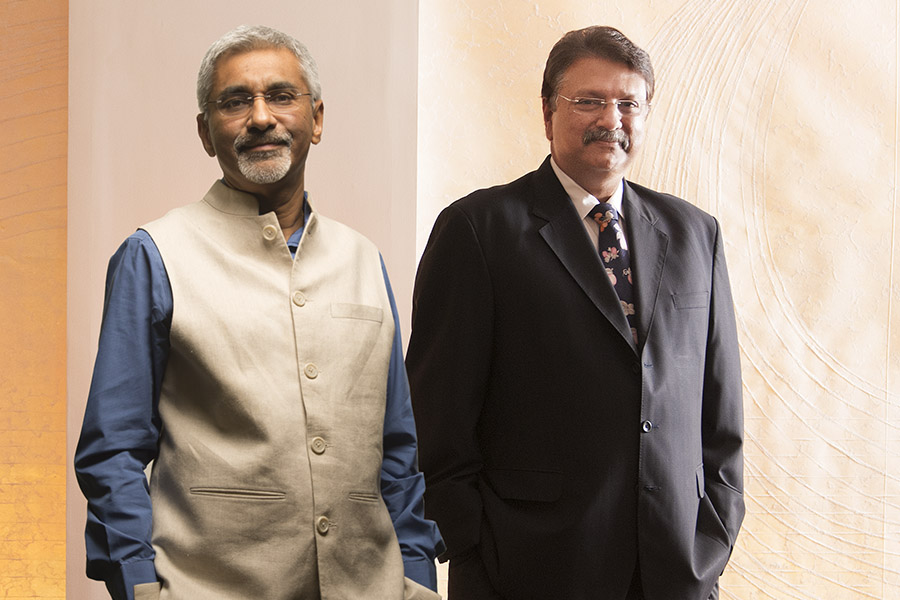 Over the next 90 days, the two companies will explore opportunities for the merger, including details relating to the swap ratios and valuations of businesses. The deadline could get extended, if required, Piramal said.

“This is a chance to create a financial conglomerate with a universal bank at the centre which could become India’s largest mass retail universal bank platform, with a focus to offer the full range of financial products from savings and credit to protection and wealth managements, to millions of small customers and entrepreneurs, who are underserved in the banking system,” Piramal said.

The structure of the proposed merger, explained by founder managing director and CEO of IDFC Bank, is as under:

* All the operating businesses of the two groups (including IDFC Bank), will come together under the IDFC Ltd holding company.

* The retail centric business of Shriram City Union Finance will be absorbed into IDFC Bank, which would result in a substantial Rs 20,000-25,000 crore expansion for the Bank’s balance sheet.

* Shriram Transport Finance Company will remain a separate entity as a specialized NBFC, but will come under the umbrella of IDFC.

* IDFC will end up owning – possibly 75 percent stakes -- in each of the general and life insurance business currently under the unlisted holding company of Shriram Capital.

None of these transactions has been approved as yet.

Giving the rationale behind keeping STC as a standalone entity, Lall said that if it were merged into IDFC Bank, it would have led to a dilution of IDFC ownership in IDFC Bank which would then be a violation of RBI rules.

Sometimes brands stay, sometimes enterprises
If the merger takes place as proposed, what this effectively means is that the Shriram Group, keeping STFC aside, will virtually lose its identity as an enterprise. But Piramal did not fully agree with this and said that the Shriram brand was “a bigger brand than IDFC” and will definitely survive independently.

A senior IDFC insider said: “You have to evaluate each merger individually. I am not talking specific to this case but in some cases a brand survives and the enterprise dies while in some the reverse happens.”

The merger will take about 12 months to be effective and 18 to 24 month for the entire integration to be completed, Lall told a packed news conference.

“Take advantage of the situation”: Piramal
Piramal speaking exclusively to Forbes India called the deal “very complex” in its contours and due to the involvement of several regulatory agencies – the Securities and Exchange Board of India,  Reserve Bank of India, IRDA and others --  but added that at least “it will be in same geographies”. Piramal, in his own Piramal Group, has been at the helm of several deals and mergers which have been struck across different continents.

When asked about whether he had a different vision for the Shriram Group when his listed entity Piramal Enterprises Limited (PEL) had picked up stakes in some of Shriram businesses in 2013-14, he said: “The environment is so dynamic today that one cannot build a strategy of five years [in this case Shriram], you have to take advantage of the situation.”

Speculation is rife about what Piramal is planning. A BFSI analyst at a foreign brokerage suggested on Friday that Piramal may want to lead the merged banking conglomerate. But there are some who say that the IDFC-Shriram group businesses merger could pave the way for Piramal to mark an exit at a later stage, if he wishes so.

When Piramal was specifically asked about his role in the to-be-formed new merged IDFC-Shriram entity, he merely said: “As an investor, we will benefit as any other investor would”.

It must be noted that Piramal, who has been chairman of Shriram Capital since November 2014, has refrained from merging PEL’s financial services businesses with that of Shriram’s. In May this year, he had told Forbes India that it was better that both entities “grow independently.”

The stand which Sanlam takes in the proposed merger will also be critical, analysts say. The minority shareholders’ interests will also become an important consideration.

This will include helping reducing the cost of funding for the Shriram group companies and STFC and SCUF will be able to cross sell IDFC Bank-related products to their customers.

Piramal declined to comment on board seat at IDFC Bank and stake in the bank, “We will have 90 days to discuss that.”

IDFC Bank, which is headed by managing director and CEO Rajiv Lall, has not been able to build a strong retail business so far in the two years since getting a universal banking licence.

IDFC Bank has – in a bid to move beyond its infrastructure financing legacy of its parent IDFC – in recent years expanded its reach and customer base by acquiring ASA International India Microfinance, the Indian arm of Dhaka-based ASA International, and later Tamil Nadu-based Grama Vidiyal Microfinance. So the merger will help IDFC Bank expand its retail franchise.  IDFC Bank had reported an 8 percent decline in its January-March quarter of Rs 176 crore, compared to its sequential previous quarter, October to December 2016.