We are working at understanding the affordable housing model: Harshavardhan Neotia 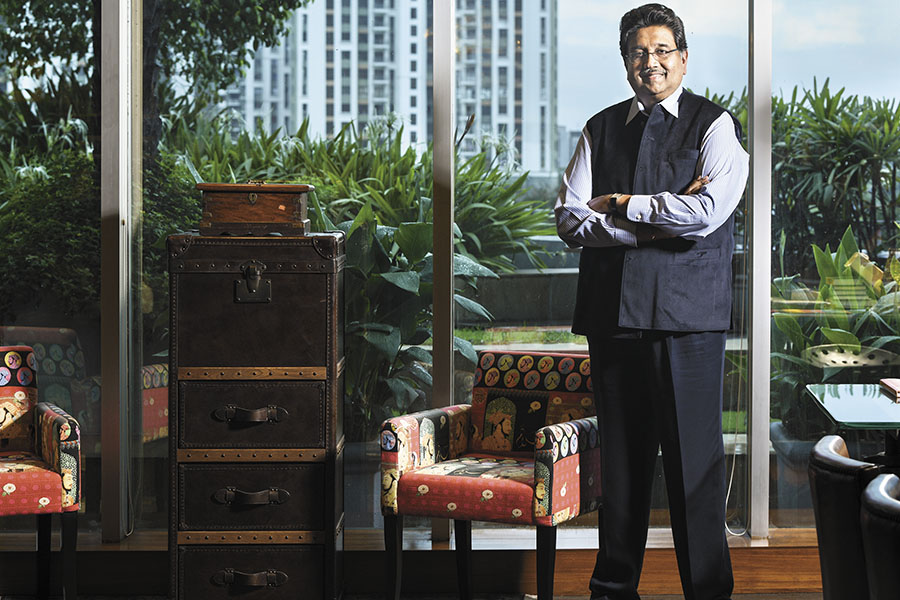 
Harshavardhan Neotia, 56, got into the real estate business by chance, but soon became a name to reckon with in the sector. The chairman of the Kolkata-headquartered Ambuja Neotia Group initially made his foray into the cement business, but that was out of compulsion rather than choice.

His family went about building the successful Gujarat Ambuja Cement (which later became Ambuja Cements that was acquired by Holcim) on India’s western seaboard in the 1980s.

He refused to get involved in the business, but was left with no option after the family acquired Modi Cement in 1997. Neotia was made managing director (MD) of the company which was rechristened Ambuja Eastern. He proved his mettle over the next decade and turned the loss-making company into a profitable one.

Amid this, the real estate business that he had begun in parallel began to suffer. The family’s sudden decision to sell Ambuja Eastern did not go down well with him either, but a dejected Neotia relented as he was merely a “cog in its operation”.

All that’s now in the past. Today, Neotia runs an efficient real estate operation from the Ecostation office park in Kolkata that his company constructed and leased to entities like Tata Consultancy Services and HDFC Bank.

Neotia has also expanded into hospitality, health care and education. With the government’s recent affordable housing push, he has set up a division to see how they can construct houses at low costs. “We are working at understanding the affordable housing model,” he says.

In an interview with Forbes India, Neotia takes us through his real estate journey and the many twists and turns in his entrepreneurial career. Edited excerpts:
Q. How did you enter the real estate business?
In the early 1980s, our family had started work on the Ambuja Cements story and they had acquired the mining lease through IDBI. IDBI had the mining lease and were looking for a new promoter when my father and uncle stepped in. They were occupied with that while, at 21, I was a greenhorn, just out of college.

My father first thought I should apprentice in the cement business.They had started work on the ground as the plant began production in 1985.

In the early days, I would go to the project site but, frankly speaking, I was a bit overwhelmed with the enormity and complexity of the business. It didn’t excite me enough to be involved. It looked like a lot of engineering and since there were no computers, there were a lot of blueprints kept on tables. I had studied commerce and couldn’t understand a thing.

I came back and told my father that this is not something that I can understand.

He asked me to learn, but somehow it looked too complicated. My dad didn’t push me, but he had to get on with this rather large bet that the family was taking.

We had a small office in Calcutta [now Kolkata] and I would go there in the hope of figuring out something. That led to my start in real estate.

Q. Why did the family decide to get into cement?
I don’t know why. But my general sense is that it was not about cement, but an opportunity in a licensed regime. IDBI had got a loan sanctioned to a company called Gujarat Ambuja Cement which belonged to someone else; they had approved the loan and had a prospective licence for mining and even identified the site to build it. The promoter concerned had run out of money and IDBI was looking for another promoter to step in. It had invited people and we were among those [to apply].

In those days, we had some resources and were keen to look for an opportunity that had scale and this fit the bill.

“ Leasing demand [in Kolkata] is extremely poor. We have built 4 million square feet of office parks in the last 5-6 years.

Q. Meanwhile, you charted your own path in the real estate business…
I started constructing in 1982 and by 1989, I had built about 7-8 projects in Kolkata and two in Dhanbad, Jharkhand. Our family used to run a coke oven plant in Dhanbad with a local partner and I was looking after it. During my visits to Dhanbad, I decided to buy some land there and construct on it. It was an immature market that was somewhat coming up and people were looking for an organised apartment building. We were the first to build it; we didn’t make too much money, but we set a trend.

As a family, we have been spiritual and connected to the river [Ganga] in some way. I wanted to build something on the banks of the river Ganga and landed up at a place called Raichak. We identified a property and started construction there in 1993. We wanted to build a getaway place with farmhouses. Eventually, we also built a hotel there.

I lost big money in that project and continued to lose money till 2-3 years ago. But this is one project that is close to my heart as we have invested our soul into it.

Q. The joint venture with the West Bengal government through Bengal Ambuja allowed the company to mature as a real estate developer. How did that come about?
In 1993, there was an advertisement that the government was looking for a partner to build social housing. We applied without even knowing what social housing was. There were, however, some advantages as the government would help with land acquisition and permissions for buildings would be easier to acquire. That was the main reason for us to get involved.

In 1995, we formed a joint venture with the West Bengal government and that gave me an opportunity to go for my first large project.

Q. How were the economics of that project different?
When you walk into something initially, you don’t know how it will work out. There is anxiety about how reliable your costing is, whether it will be accepted. We had a very small team then and we ventured into the project with a prayer in our heart.

We did a survey and realised that there were 3-4 things rankling the buyers.

First, most of the projects got delayed. Second, there was a cash element. Third, the quality was an issue. Fourth, there was no transparency in the documentation and people didn’t know exactly what they would be provided with.

The turnover of the project was Rs 200 crore and we made a profit of Rs 25 crore.

There were chief ministers of various states who came to see the project as an example of a successful public-private partnership.

Q. As a realtor, you are in other segments of the market as well–malls, for instance. How are they faring?
We are not only in housing. Yes, we have been building malls as well. We have done five malls and we are building a sixth in Patna. We have also built four office complexes and have a few more coming up. It is a combination of commercial developments, retail and housing.

Q. How robust is leasing demand in Kolkata now and what is the growth trajectory for your office card portfolio?
Leasing demand is extremely poor. We have built 4 million sq ft of office parks in the last 5-6 years. Rents are in the range of Rs 45-50 per sq ft per month.

Q. In the late 1990s, you had a chance to run a cement company for a decade. How did that come about?
In 1997, my family acquired Modi Cement [later Ambuja Eastern] and I was made the MD, a decision that changed my life. At that time, my family was taking a major leap into the cement business.

That was closely followed by the acquisition of the DLF cement business and a strategic stake in ACC. In 1999, I was told to forget my plans for hotels and wind up those operations. Being the only son, I decided not to expand my real estate operations.

Q. How did you turn around the Ambuja Eastern operations?
That was a difficult period. The unit was under BIFR [Board for Industrial & Financial Reconstruction] and it had every conceivable problem a unit could have. I used HR as my way of navigating. I had no idea about technology and most of the problems at the plant were due to demotivated personnel.

So I said that we have high quality professionals and the support from our parent organisation. I told my team, ‘You guys are better at it than I am; my job is to see how we can work as a team’. If I got into why a particular kiln wasn’t working, I wouldn’t get anywhere. I said let’s focus on people and let the people focus on the machines. It was a company that I inherited in 1997 with a Rs 300 crore loss; it became a company with a Rs 300 crore profit in 2006. I wasn’t happy with the subsequent decision to sell it, but since I had only played a small role in the organisation, I left it to the elders to take a call.

Tweets by @forbesindia
Ten interesting things that we read this week
Universal bank to be at the centre of IDFC, Shriram Group mega-merger