Civil servants acting in good faith need to be protected 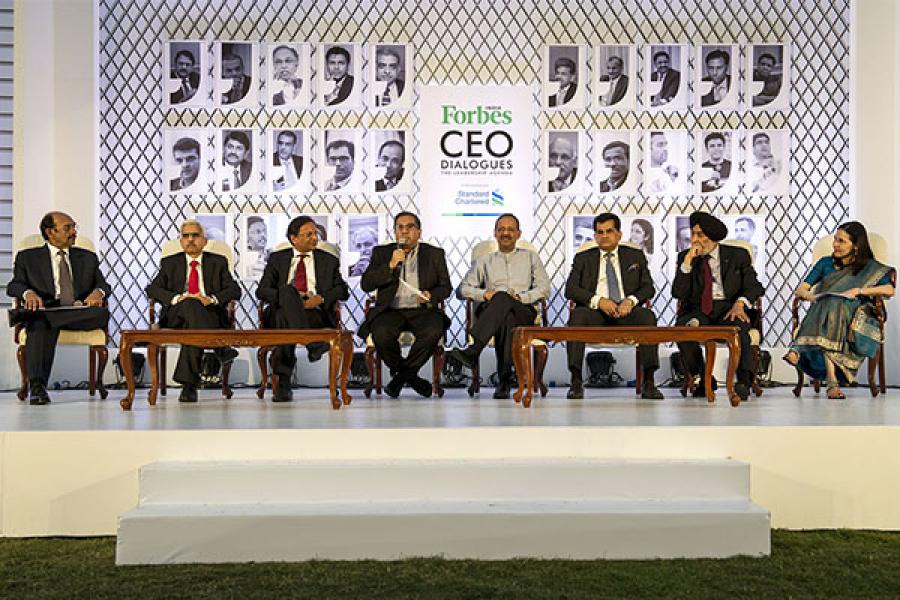 If the Indian economy has to grow at a rate of nine or ten percent, certain risks need to be taken and bureaucrats trying to achieve this goal by taking bold decisions in good faith must to be protected. This was the key message that emerged from the latest edition of the Forbes India CEO Dialogues held in New Delhi on March 17, where senior bureaucrats from the Indian government and captains of industry discussed the theme: ’25 years on, Has the Indian Economy Liberalised Enough?’

"Officers who are acting in good faith need to be protected. Thousands of decisions that civil servants take to further the prospects of the sector they work in may have a consequent pecuniary advantage for some, said Kant, but the present law is warped and works to the disadvantage of well-intentioned civil servants, he added.

“There is the fear of the five Cs: the CBI (Central Bureau of Investigation), CVC (Central Vigilance Commision), CAG (Comptroller and Auditor General), CIC (Central Information Commission) and the courts,” said Swarup. “Every time you take a decision, you have a lurking fear at the back of your mind (of what if something goes wrong). It is high time that each one of us has the courage to protect an honest and efficient man, if the need arises, and not only speak about it in private conversations.”

Das hoped that the amendment to the Prevention of Corruption Act, mooted by the current government in Parliament, will be accepted and it will give bureaucrats greater freedom to take bold decisions without the fear of being persecuted. “Despite all the problems, criticisms and derogatory words like ‘babus’ that are sometimes used to describe bureaucrats, I am proud to say that the Indian bureaucracy has delivered and will continue to do so,” Das stated.

“We joined the civil services not for the salary but because we wanted to make a difference to the country,” Kant summarised and stated that they had been successful in their development agenda. He pointed out that as a secretary in the department of industrial policy and promotion (DIPP), a post that he held till recently before taking over as CEO of Niti Aayog, he and his colleague Atul Chaturvedi, joint secretary, DIPP, helped prepare 17 cabinet notes on foreign direct investment (FDI) in India over the last 18 months. “Each one of these notes got cleared and FDI coming into India has gone up by 48 percent, where globally FDI is down by 16 percent,” Kant pointed out.

India Inc.’s representatives attending the Forbes India CEO Dialogues acknowledged the forward strides made by the government in 1991 to liberalize the economy. But those moves, they said, were brought in more due to extraneous circumstances rather than an innate desire to keep pace with the times. “The reality of human nature is that when the chips are down people look at things radically differently; otherwise you can carry on at the same pace as you have in the past,” said Shriram. “The team of Prime Minister Narasimha Rao and Dr Manmohan Singh (who was then finance minister) actually initiated a dramatic shift in how business is done in the country.” Shriram was referring to the economic crisis in 1991, including a balance of payments problem, which necessitated the resultant opening up of the Indian economy.

India has been marching positively in the right direction ever since, but the industry obliquely criticized certain policy decisions. “Price decontrol was the other thing that was happening (in 1991). (Now) our fertilizers and couple of others are controlled and now unfortunately even Monsanto seeds are being controlled (the royalty payable to the company for Bt Cotton seeds). That is unfortunate for a place like India where we want to move towards liberalization,” said Shriram.

Analjit Singh, raised some concerns about the way in which sectors like insurance and healthcare were approached in the country.

With the power of distribution for life insurance policies shifting from the hands of field agents to the bancassurance model (where banks distribute such financial products to its customers), the number of agents employed by each insurance company had reduced to a tenth, Analjit Singh stated. This was in contravention to the employment-led model of selling life insurance that was contemplated when the sector was opened up to private participation in 1999, he added.

Ajay Singh observed that sectors of the Indian economy and government ministries that had performed relatively better than the others were characterised by strong leadership. “The reason that the roads sector is doing as well as it is today is because of great leadership and unmatched execution ability,” he said.