Affordable housing is at the core of sustainable development

With a focus on affordable housing, Budget 2016 has proposed incentives for both developers and first-time buyers 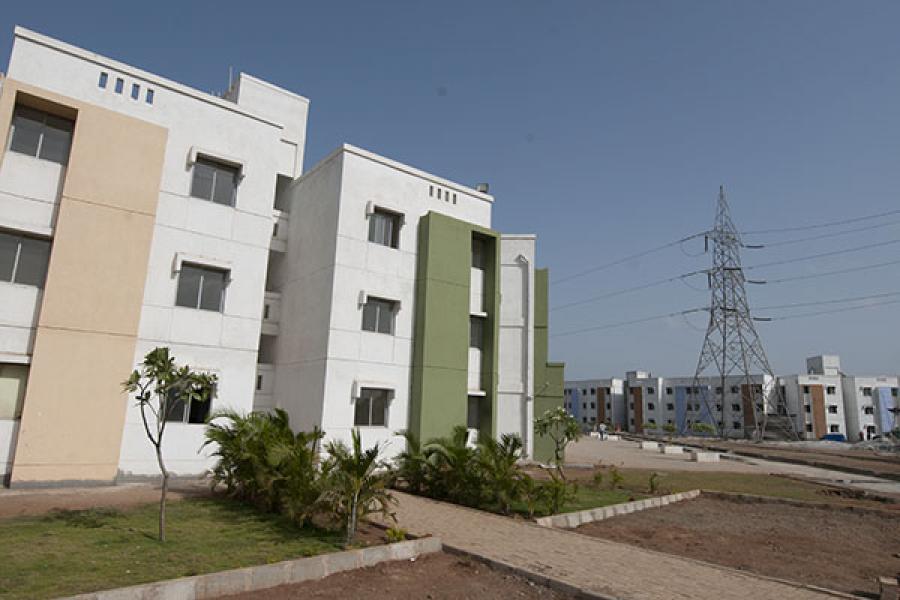 We see planned urbanisation on global standards as the way to reach a ‘developed’ state and not many consider peace and prosperity as ‘development’. But sustainability has a direct link with peace and prosperity. We know all real estate development and infrastructure development has to be sustainable because it is the ‘right thing to do’. However, hardly ever do we think of affordability as the core of sustainability.

For each segment of the society the definition of affordability varies when it comes to the ticket size of the first home. However the term has largely come to represent lower income groups (LIG) and lower middle income groups (MIG) of the urban populace. While the 2001 census of India showed about 72 percent of the population lived in rural areas and 28 percent in urban areas, the next census in 2011 showed these figures as 69 percent rural population and 31 percent urban population. The population has increased in urban areas at a rate higher than rural areas for the first time since independence and this rate will keep taking an upward trend. The LIG band and lower MIG band sourcing decent housing conditions is approximately 4 Lakh units currently.

The buying power and credit worthiness of the LIG and Lower MIG customer base is far better than the economically weaker sections (EWS) and hence they are natural customers to private players. The average monthly income of this segment ranges from Rs 25,000 to Rs 70,000. The likelihood of business loans and other high-interest bearing loans burdening these households is less. Thus a healthy debt-to-income Ratio of 30-40 percent can be maintained by these households to service EMIs for 15 to 20 years. This means EMIs ranging between Rs 10,000 to Rs 30,000 per month are ‘affordable’ for these segments.

It is thus easily inferred that at today’s home loan lending rates, a debt of Rs 18-50 Lakh can be serviced by this section of prospective home buyers while maintaining a good credit rating. The affordable ‘ticket size’ for such a household is Rs 25-65 lakh. The built-up area of the LIG to MIG apartment ranges between 600 square feet and 900 square feet. which means the product can be successfully sold at Rs 4,000 to Rs 6000 per square feet.

Budget incentives
In this year’s union budget, a slew of reforms were announced for the real estate sector. With a focus on affordable housing, there have been incentives for both developers and first time buyers. The government has allowed 100 percent exemption on income tax and service tax for construction of affordable housing upto 30 sq m in the four metro cities, and upto 60 sq mtrs for other cities. In addition to that, first time home owners are allowed an additional Rs 50,000 as deduction under section 24(b) for housing loans upto Rs 35 lakhs, where the home value does not exceed Rs 50 lakhs. Both these measures will spur budget housing and will help in increasing supply in peripheral areas of cities.

Institutional Investors and PE fund houses have always backed sustainable development as a rule emanating from their own governance frameworks. Presently, it is easier for such institutional participants to work with bigger real estate developers as compared to first timers and smaller developers to achieve this goal. PE funds are increasingly backing up a select group of developers who have streamlined corporate governance within their organisation and have incorporated basic principles of sustainability into their design.

Corporate governance helps in adherence to business plans with respect to costs, time lines and delivery quantum. These qualities are inherent to customer satisfaction when it comes to servicing the LIG and MIG segment since they cannot afford delays and cost overruns. Ironically, it is the unorganised inefficient developers who are generally found catering to this customer base leaving them largely unsatisfied and dismayed. This negative sentiment indirectly propagates the continued existence of unauthorised settlements. Our urban societies continue to be hounded by these vicious circles.

In such a scenario, the way forward for institutional investors and PE fund houses would be to hand-hold the smaller developers through active management. The task of working with such developers may seem fraught with investment risks but is a ‘doable task’. Any investment can be ring fenced by the investment manager except the risk of ‘marketability’. This primary risk is taken out of the equation in case of low ticket size and mid ticket size housing developments where there is a burgeoning demand. Also, with the minimum capitalisation norms greatly relaxed and the minimum built up are limits reduced for FDI in real estate, the gates have opened for institutional investors and PE funds to work proactively on mid-size projects.

Further, it is easier to achieve the goal of sustainable development when all you have to do is to attract the existing demand segment to buy dwellings in well-planned legal settlements and mid-size townships and smaller projects and in the process vacate encroachments and dilapidated settlements. The goal is achieved by merely encouraging the shift of people living in stressful unauthorised sprawls to real estate developments that are in tune with development plans and environmental guidelines.

Urban planning and other statutory authorities continue to impose stricter environmental compliances on the organised housing sector. Ironically, a large population continues to live outside the ambit of these laws by settling in illegal settlements due in-affordability. But, imagine the positive impacts on the environment and infrastructure when the growing LIG and Lower MIG households are brought within the ambit of planned and sustainable housing settlements.

Affordable housing schemes will automatically relieve the built environment of some stress put on the natural resources, infrastructure and life and limb of inhabitants. We thereby see affordable housing as the core element to sustainable development.