Anand Deshpande: My employees asked me, was it my company or our company? 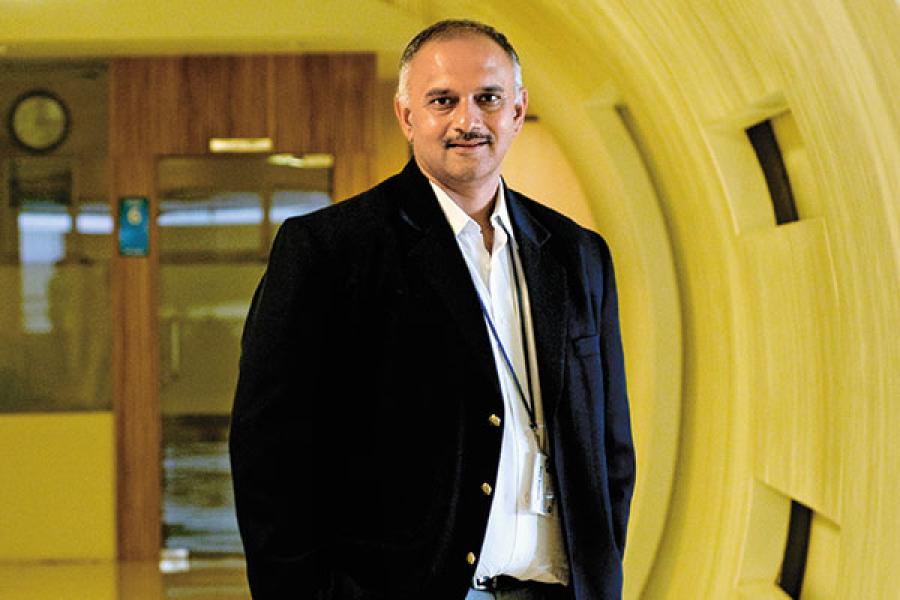 Image: Vikas Khot
Anand Deshpande is founder, CEO and managing director of Persistent Systems. Prior to setting up the Pune-based company in 1990, he worked at Hewlett-Packard Laboratories in Palo Alto, California. Every month, he spends about two weeks meeting his customers in the US. Ram Charan, Jim Collins, Clayton Christensen and CK Prahalad are among his favourite management thinkers

Before I started persistent systems, i was doing research work at HP Labs in Palo Alto. When I came back to India, my ambition was to start a high-end, tech-focussed company that wouldn’t compromise my résumé in some sense. I started Persistent in 1990 and we were working on some interesting projects. The idea was to be very niche. For the first three or four years, we were doing that kind of work. I felt I achieved what I had intended to. And I was doing what I liked doing. After three or four years, some employees told me, “Fine. This is what you are doing for yourself but what about us?” In effect, their question was, “Is this your company or is this our company?”


That question bothered me for a long a time. What would be the implication of seeing Persistent as our company? Besides, we had a high attrition rate around that time. There were a lot of smart people who felt their aspirations in the long term did not seem to match with the long-term aspirations of the company.

Personally, from my point of view, I saw myself as a programmer. I still like writing code, but at that time, I was directly involved in writing programs that we were selling to customers. There is a personal satisfaction when you know how to do the job. The approach was: ‘We have a small team; we want to do cutting-edge work, and we want to do only what we like doing.’ That’s how we were running the company, and when I asked around I realised people did not like that approach. They had questions about the long-term success of the company, about the long-term finance of the company. I did not have a good answer for that.

Around this time, I met a friend with whom I had done a summer job in Pune back in 1983. It was a small company, and had a phenomenal set of people working in it. But this company did not grow at all. It was, in many ways, struggling. The reason why it never grew was that its founder pretty much decided that it was his company, and not a group activity.

I started reflecting on that: Am I doing the same thing to Persistent? Should I stop thinking of Persistent as my company and start thinking of it as our company? And this was the turning point.

Once I realised that I should think of it as our company, a few things became clear. Earlier, all of us were writing programs and selling at the same time. It became apparent to me that if I have to operate as the CEO of the company, I have to stop writing programs because there were other people who could do that. I should become more sales-oriented, someone who will meet customers more frequently and manage the team rather than write code.

This was a major decision and source of heartburn for me because I really liked what I was doing. I spent months trying to figure out a way to break out of that. There was a tendency to go back to writing code. The whole idea of saying somebody else will do it and I am just going to market it was not a very easy decision.

I always believed in working with mentors. Professor Deepak B Phatak of IIT Bombay is one of my mentors. In 1995-96, I also used to go to National Centre for Software Technology and talk to a friend, TM Vijayaraman. He eventually joined Pesistent. Ravi Krishnamurthy, who runs a software company in the US, is another mentor to whom I turn to often. I spend a couple of hours explaining what I am doing with my business, and often by the end of it, my mind gets unclogged in many ways.

Around the time I was trying to make this transition, Ravi was in HP Labs, and they had an arrangement where I could take six weeks sabbatical with them. So, I spent one-and-a-half month in the US with Ravi and his team, trying to do something different. I was helping them out but mostly clearing my mind. I needed to move from programmer to sales manager.

The fact that I was away gave people more room back in Persistence. You believe only you can do certain things, which is absurdly wrong. You may have done it. But if the company has to grow, you should delegate, you should be confident that others will do a good job.

Delegation is easy to talk about but hard to do when you are an entrepreneur. But when you go away for six weeks and let your colleagues take the decisions, you come back only to see that the company has gone forward and not behind in any way. The sabbatical helped me in making the transition easier.

In the beginning when I was doing it as my company, I never thought we would be more than 50-100 people at any time. Now, the aspirations changed. We had hired eight to 10 senior guys and they were telling us that we needed to grow faster. Growth became an important aspect of what we needed to do. We added a lot more senior people; we added more people on the ground. We went to IITs to hire MTechs. We started doing more campus recruitment and started building teams.

Seeing Persistent as our company also changed the way I looked at my own role as a CEO. I realised I can’t say ‘I am the CEO because I want to be the CEO’. On the other hand, I can be the CEO only as long as I am the best person to be the CEO. There’s a subtle difference and life has become simple after that realisation. I resolve the conflicts by telling myself: If I like being CEO of the company, I must do certain things that are good for the company rather than the other way round. I should do whatever it takes. I don’t shirk from that.

The turning point gave me that clarity: That there is a clear separation between Anand and Persistent. Till then, that was not clear for me. As entrepreneurs, we tend to get too attached.

Tweets by @forbesindia
Chetan Maini: The 'chalta hai' attitude doesn't work with me
Harish Thawani: My company's motto - Find a way to do things faster & better