Naveen Tewari: We want to change the world of advertising 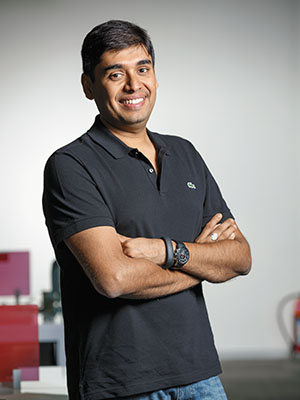 Image: Mallikarjun Katakol for Forbes India
Naveen Tewari, 35, is the founder and CEO of InMobi, the world’s second largest mobile advertising network (second only to Google’s admob network) with nearly 700 million unique monthly users across 160 countries. The company is headquartered in Bangalore

I like to believe that our ability to pull off a financing round like that was because of the kind of people we have in the organisation. (In September 2011, InMobi received a massive $200 million funding from SoftBank, one of the largest venture funding investments in the world.) We have amazingly hungry and passionate people who are never satisfied with things. What drives me constantly is the belief that we have stumbled onto something very big, and what bothers me is how do we ensure what we do will truly have an impact on the world. In 2008, very early on in our journey, we decided we wanted to be a global company.

Many thought we didn’t know what we were up to, and in the process put a lot of doubt into our heads. Many investors questioned us too.

Now, VCs (venture capitalists) and investors are extremely smart people, but rely a lot on “pattern recognition”—the ability to spot what has or hasn’t worked in other markets or in the past, and apply it in the present. But past patterns cannot be the only way to success, much less towards leadership in a market.

Because we were “pivoting” (internet startup speak for changing the business model) from our earlier business model (mKhoj, an SMS-based search platform), we were a little more circumspect about our new strategy and couldn’t double down on it in the face of questions and doubts. We had to take baby steps. For instance, we couldn’t hire people in newer countries we entered till we could prove to ourselves that we could do it. So our build-up during 2008 and 2009 was slower than what it could have been. As we expanded into South East Asia, we travelled frequently for business from India instead of hiring locally. It was not the best approach, but we had no choice.

When I went to Harvard Business School, one of the things I learnt was that most of the leading companies in the world started by its alumni had the same fears and challenges in those classrooms years ago. But if they could overcome those and come up with great products, why couldn’t I?
Today, our goal is to create one of the largest internet companies in the world from India, impacting every possible transaction in the advertising world when it comes to mobile. We want to change the world of advertising.

But back in 2008-09, our challenge was to get the team to believe this. Convincing employees that we would create something that was world-beating was one of the toughest challenges for me, because when I said that, I’d often be met with rolling eyes.

Like investors, smart employees, too, have an amazing ability to recognise “patterns” and make you think what you can or can’t do. So we made it a point to keep sharing details about every customer or deal we won or how much revenue we were making.  And once employees saw the growth we were going through, things started to turn around. Finally, the SoftBank financing round gave a lot of confidence to people all round. I would even say that one of the reasons for that financing was to impart a different level of confidence and ambition to all our employees and partners.

To attract the best talent in India, which we were told isn’t of the same quality as the US, we really went out there and sold ourselves hard, telling developers we would build something that was world dominating. I think the lack of such conviction is what leads Indian developers to do sub-optimal work, because in our experience they are as good as anywhere else in the world.

The way we developed InMobi is another example of breaking pattern thinking.

We pivoted from mKhoj not because there wasn’t revenue or profits there, but because we didn’t see a way to create a long-term IP (intellectual property) in that business. We set out to build the best technology (for mobile advertising), but from India. 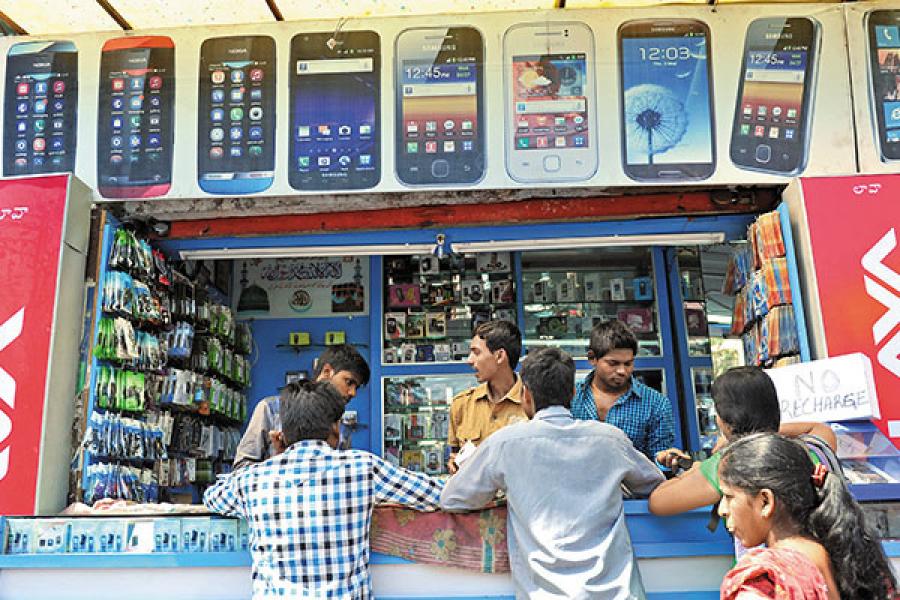 Image: Getty Images
InMobi wants to build a next-generation mobile data platform, a completely global one with support for multiple languages
Fortunately, in 2008 we had raised $7 million in funding from Kleiner Perkins Caufield & Byers (KPCB) and Sherpalo Ventures, so we were well funded to build a new product.

We had a choice—either we could build simple features that ‘just worked’ for customers then and there, or we could invest in a long-term product. People and companies in India don’t generally invest in technology or products, because they’re more concerned about shorter term gains.

We ended up investing a lot in our data platform, which I would argue was one or two years ahead of others in the market. Even though the financial returns on the product were zero in the first year, we were confident that at some point we would need that level of complexity. It wasn’t an easy conversation to have with our investors, but we kept telling them where we wanted to be, and how the new product was what it would take to get there.

After a certain number of iterations, most people understood what we were building—the next generation data platform, next generation targeting, completely global platform with support for multiple languages. It ended up taking us six more months, but we did it. If our ambition was to be a global change agent for advertising and one of the largest internet companies, there were no questions in our mind as to what we had to do.

That was a hard decision, because as an entrepreneur you can build a few features that generate quick revenue, instead of building for the longer term. I actually feel a lot of startups go for low-hanging revenue opportunities, build MVPs (minimum viable products, essentially bare-bones products that perform just a few, often tactical, functions well), go honky-tonk on the sales side before losing sight of the big picture. They miss out on what might make them disproportionately successful in three years—is it early revenue or is it IP? Even their investors push them, again using pattern thinking, saying, “Here’s revenue, so let’s focus on that.” While I understand every startup cannot afford to be strategic, I do think many of them mistake early revenue for success and then end up investing, say, 80 percent of every incremental revenue dollar into sales.

In contrast, we consciously invest incremental dollars into creating new IP under a rolling two-year forward window. For every new revenue dollar, the question I always ask is: “How can I put it into IP creation?” before investing into sales or business.

The way we expanded globally is another example of breaking pattern thinking. We went from India to South East Asia to Europe and then to the US. Most internet companies expand from West to the East, while we went the other way.

Why we did that was because in 2009, there were roughly 15 companies of our size globally, with 90-95 percent in the US. We realised if we went there directly, we would be spending money on winning market share through under-pricing or loss-making deals, instead of creating IP. And even after that, our chances of success would be lower when the field cleared in a few years. So, instead, we went after smaller markets where we could capture large shares. That allowed us to invest in technology—because our cost of winning revenue in those markets was dramatically lower—which in turn would help differentiate us at a later date. Why, for several quarters, Africa was one of our biggest markets.

Even so, when we finally entered the US, we had to fight the early battle of disproving sceptics who said we were an ad network that was strong only in Asia and Europe. We were also advised against hiring local sales people in newer markets. “You don’t know how to manage complex sales beasts!”, “You will be taken for a ride!” and “No one else has done this, especially from India!” we were told. We simply disagreed because we didn’t know what it even meant.

Conventional thinking dictates sending employees from India to international markets because of a fundamental lack of trust in people and the fear that you will get screwed because you won’t know what they’re up to. I, however, wasn’t clear why you cannot trust people, especially given the ease with which you can communicate with them using audio and video in real time.

Tweets by @forbes_india
Harish Thawani: My company's motto - Find a way to do things faster & better
GV Prasad: You can never have a company totally dependent on one person