Best and Worst airports in the world

Bertrand D'Souza, editor, Overdrive, travels the world testing cars bound for the Indian market. For 13 years, his schedule has meant he seldom sees the countries he travels to, but he has become quite an authority on airports 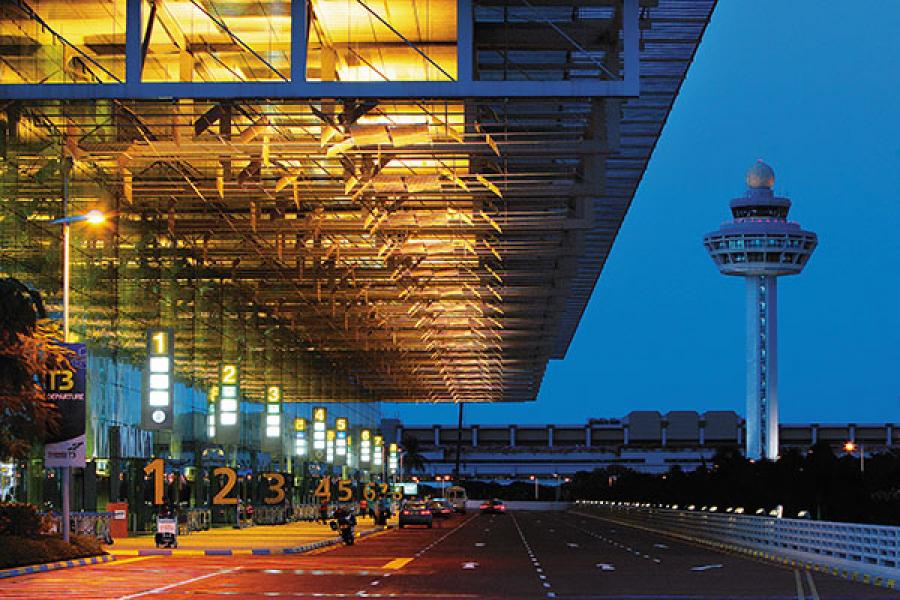 Top 5
1. Singapore (Changi International)
Singapore’s is easily the world’s best airport. It’s impressive because things move promptly, without a fuss. The terminals are visually stunning, with their green themes and entertainment options. I think it is the only airport with a movie theatre and a swimming pool. It also has five gardens. Those with five or more hours to kill can get a pass to take a tour of the city. The duty-free is one of the best in the world. For business travellers, the lounge areas are immense and well serviced, with superb dining and relaxation areas. Showers, spas, hotels, entertainment—they can all be found within the terminal. Changi isn’t just an airport, it’s a full-fledged city!

2. Tokyo (Haneda Airport)
Easily the busiest airport in the Pacific, Haneda gives you the best of Tokyo: Vibrancy, technology, punctuality, warm and friendly staff, and funkiness. The facilities are impressive, the food outstanding, and it is clean enough to have a surgery in. But an airport is defined by the service of its staff, and though it may be a bit difficult to converse with the locals—only a few speak English—they are courteous, understanding and patient, not to mention honest to a fault. 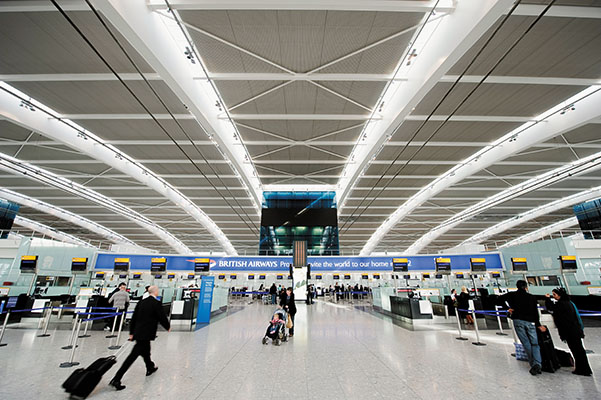 3. London (Heathrow)
This airport was once a disaster: Messy check-in counters, long queues and disgraceful cleanliness. Things, however, took a dramatic turn with the opening of Terminal 5, which is swanky, spacious and cheerful. What especially makes London traveller-friendly—especially for Indians—is the language. Beyond that, the usual British wit and charm is available in plenty. Services are prompt, baggage is handled immediately and the immigration staff are warm and concerned. There aren’t a lot of cafés and dining options, or shopping, but for business travellers, it’s the connectivity between the airport and the city that matters most. In that respect, London has got to be one of the best airports in the world.

4. Munich (Flughafen München)
Munich provides a fantastic array of rest and relaxation options for tourists and business travellers: Loads of cafés, restaurants and shopping, and business lounges. The Munich Airport Centre, connecting the domestic and international terminals, has a beer garden, a large supermarket and several specialty markets. A Kempinski near Terminal 2 caters to transit passengers. The terminals are simply laid out and well marked. The staff are some of the most cordial in all of Europe. 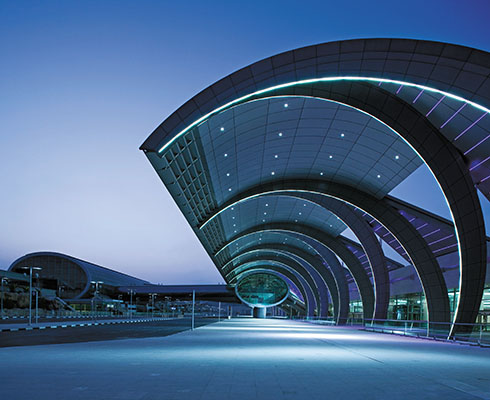 5. Dubai International
For most, Dubai may be a shoppers’ paradise. That same credo extends to duty-free. And though most transiting travellers would love to have a go at winning a sports car with the duty-free raffle, that is not what brings DXB its fame. Dubai International is now one of the world’s  busiest airports and also one of the largest: Terminal 3 is the largest airport building in the world. Services are impressive. Terminal 3 now also has one of the largest business lounge areas, in addition to trendy bars and restaurants serving international cuisine. My highlight is the impressive view of the Burj Khalifa from either the terminal building or while taking off. 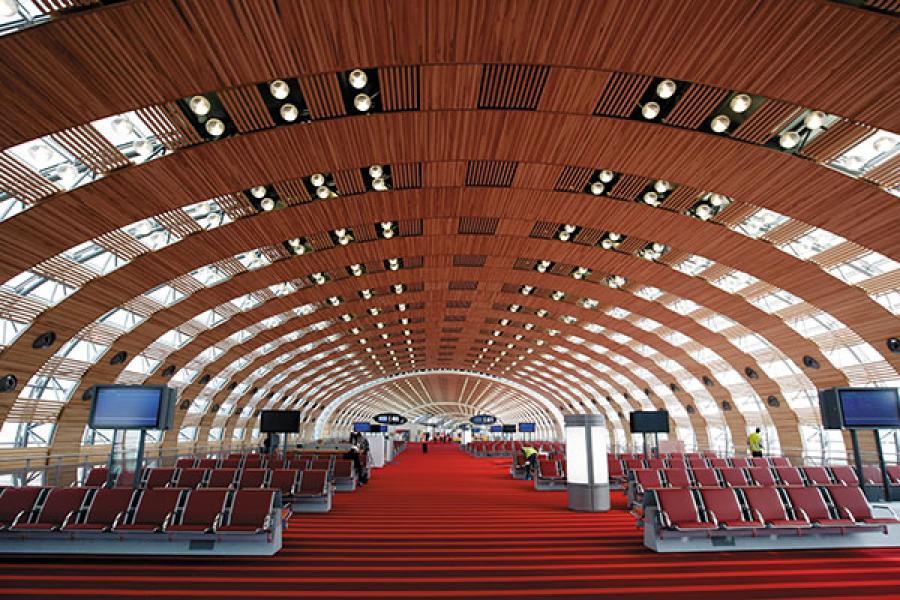 Image: Charles Platiau / Reuters
Worst 5
1. Paris (Charles De Gaulle)
By far the most chaotic and unruly airport in the world. The staff are impolite and sometimes even refuse to speak to you in English even if they seem to understand what you are saying. And god forbid if you land in T1 and have to connect through T3: The two terminals are a kilometre apart, but the walk between them is around 3 km long.

2. Los Angeles (LAX)
For the sixth busiest airport in the world, LAX has a pretty shoddy international terminal and poor services. The incredibly long terminal services mostly domestic passengers, while those travelling overseas have to contend with a relatively small and crowded section. Poor check-in processes and even slower security leaves a rather unpleasant taste behind. Lack of adequate dining facilities and options is a further dampener even for the most enthusiastic international traveller. 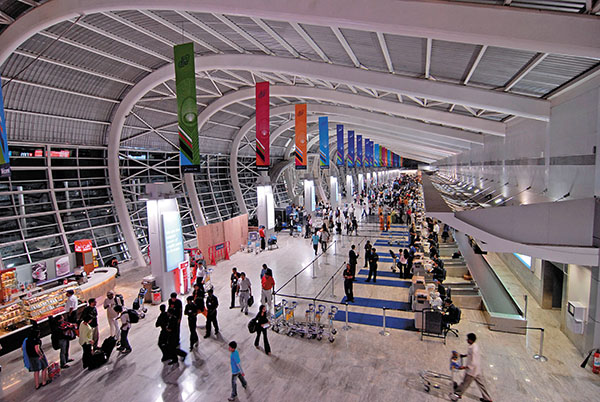 3. Mumbai international (Chhatrapati Shivaji International Airport)
Mumbai has one of the quickest immigration turnarounds I have seen anywhere in the world; from the time you leave the flight to passing through immigration is a matter of just a few minutes. It’s after you pass through those channels that the nightmare begins, first with the layers and layers of screening, then the cross-checking and customs, all the way through to the touts soliciting hotel rooms and cabs. Take a page out of Delhi’s playbook, guys, and some of your systems might just seem plain stupid. Here’s hoping things will improve with the new terminal.

4. Zurich international (Flughafen Zuerich)
Such a fabulous airline and an incredibly amazing airport is completely let down by the attitude of its staff. I have had several issues with immigration officers and security staff over matters that may seem trivial, but to an overseas traveller who has just spent eight hours or more imprisoned in a flying tube, it can be the most unpleasant first impression.


5. Madrid international (Barajas Airport)
This has got to be one of the best looking airport terminals in the world. However, its stunning architecture is let down by a confusing guidance system and immensely long walks through the airport to get to your departure gate unless you get lucky. So if you aren’t the fitness freak travelling in your track suit and sneakers, avoid!