Partners at McKinsey & Co. voted out the consulting firm's top executive, Kevin Sneader, this week as it continues to face blowback over its role in fuelling the opioid crisis 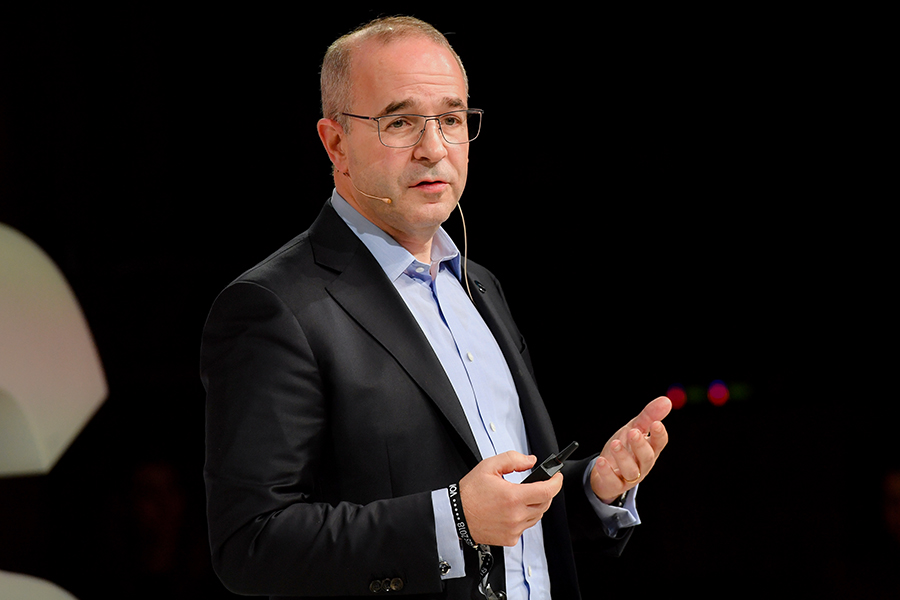 Image: Samir Hussein/Getty Images for The Business of Fashion

Partners at McKinsey & Co. voted out the consulting firm’s top executive, Kevin Sneader, this week as it continues to face blowback over its role in fueling the opioid crisis. The decision to deny Sneader a second three-year term as global managing partner came in a vote by more than 600 senior partners, according to a company executive. Earlier this month, McKinsey had agreed to pay 49 states a historic settlement of almost $600 million because of sales advice the company had given to drugmakers. It is highly unusual for a sitting managing partner at McKinsey to be refused a follow-on term. The last time a firm leader was denied a second term was in 1976, according to the company’s internal history book. Sneader, 54, did not even make it to the final round of balloting, according to the company executive, who spoke on the condition of anonymity. The final candidates for Sneader’s replacement are Bob Sternfels, based in San Francisco, and Sven Smit, based in Amsterdam. The shake-up at the prestigious consulting firm was first reported by The Financial Times. Sneader’s term was turbulent from the start, as he tried to deal with controversies stemming from client work that had been undertaken during the nine-year tenure of his predecessor, Dominic Barton, now Canada’s ambassador to China. The issues Sneader had to reckon with went far beyond the deadly opioid crisis. Days into his new job in July 2018, Sneader flew to South Africa to apologize for the firm’s work with a state-owned power provider. McKinsey’s lucrative contract, found to be in violation of South African contracting law, involved the use of a local intermediary tied to a corruption scandal that brought down the country’s president. McKinsey has returned tens of millions of dollars in fees it earned in South Africa. “We came across as arrogant or unaccountable,” Sneader said at the time. “To be brutally honest, we were too distant to understand the growing anger in South Africa.” That month, he had to defend McKinsey after a New York Times report revealed that it was working with the U.S. Immigration and Customs Enforcement agency — even in the midst of widespread fury over the Trump administration’s separation of migrant children from their parents. At the same time, the fuse was lit for what became the biggest scandal of McKinsey’s 95-year history: its extensive work with Purdue Pharma to “turbocharge” sales of OxyContin in the middle of a national opioid epidemic that has contributed to the deaths of more than 450,000 people over the past two decades. On July 4 of that year, two McKinsey senior partners on the Purdue account exchanged emails discussing possibly “eliminating all our documents and emails” to head off repercussions the firm might face. That exchange was a key part of the settlement states made with McKinsey this month. McKinsey did not admit wrongdoing in the settlement, but both senior partners — who would have been voting in the election of Sneader’s successor — were fired. “We deeply regret that we did not adequately acknowledge the tragic consequences of the epidemic unfolding in our communities,” Sneader said this month. “With this agreement, we hope to be part of the solution to the opioid crisis in the U.S.” During his watch, Sneader oversaw the introduction of measures aimed at preventing controversial projects, including new procedures on reviewing prospective clients. But he could also be a staunch defender of McKinsey in the wake of scandal, including its extensive work in Saudi Arabia, which came under intense scrutiny in late 2018 after The Times disclosed that a McKinsey employee, in a written report, had identified influential critics of the Saudi government and that several of those critics or their family members were later arrested. Sternfels — who, like Barton, was a Rhodes scholar — runs many of the firm’s technology-focused initiatives and is also the senior partner overseeing McKinsey’s bankruptcy restructuring practice. That work has been the focus of lawsuits in recent years. In 2019, the firm agreed to pay $15 million in a settlement with the Justice Department to resolve allegations that it failed to properly disclose potential conflicts of interest stemming from its bankruptcy work. Smit is a co-chairman of the McKinsey Global Institute, the firm’s in-house think tank. A spokesman for McKinsey wouldn’t comment on the specifics of the election, saying in a statement: “The election, which is conducted by an independent third-party firm, is now underway and we will announce the result after the election concludes.”

Tweets by @forbes_india
Photo of the Day: Fan fare
Thoughts on being young