While soccer is the biggest business in sports, it remains, at heart, an intensely local affair with teams rooted in neighbourhoods and based in small towns, competing in leagues that have existed for more than a century

By Tariq Panja and Rory Smith 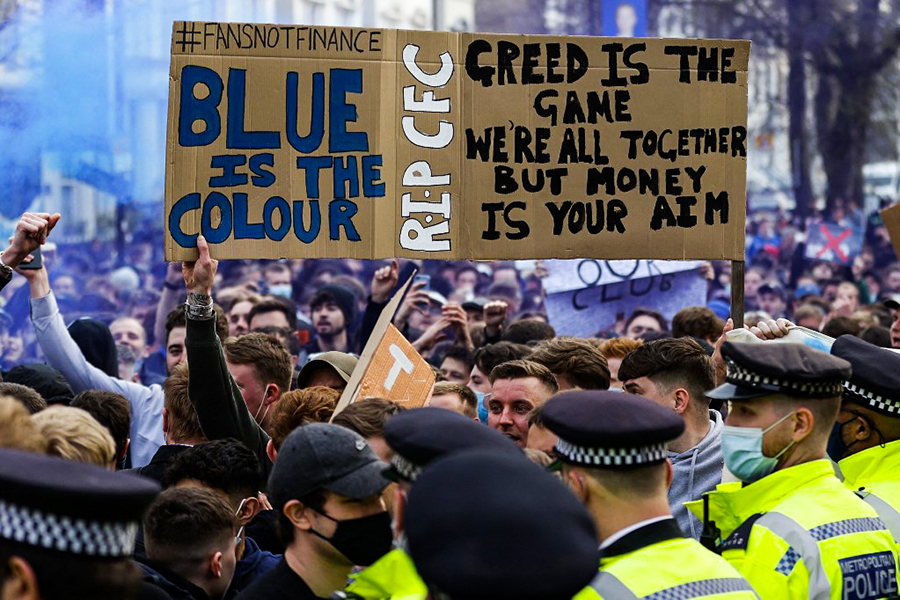 Football supporters demonstrate against the proposed European Super League outside of Stamford Bridge football stadium in London on April 20, 2021, ahead of the English Premier League match between Chelsea and Brighton and Hove Albion. - The 14 Premier League clubs not involved in the proposed European Super League "unanimously and vigorously rejected" the plans at an emergency meeting on Tuesday. Liverpool, Arsenal, Chelsea, Manchester City, Manchester United and Tottenham Hotspur are the English clubs involved.
Image: Adrian DENNIS / AFP