In Myanmar, a cult of personality meets its downfall 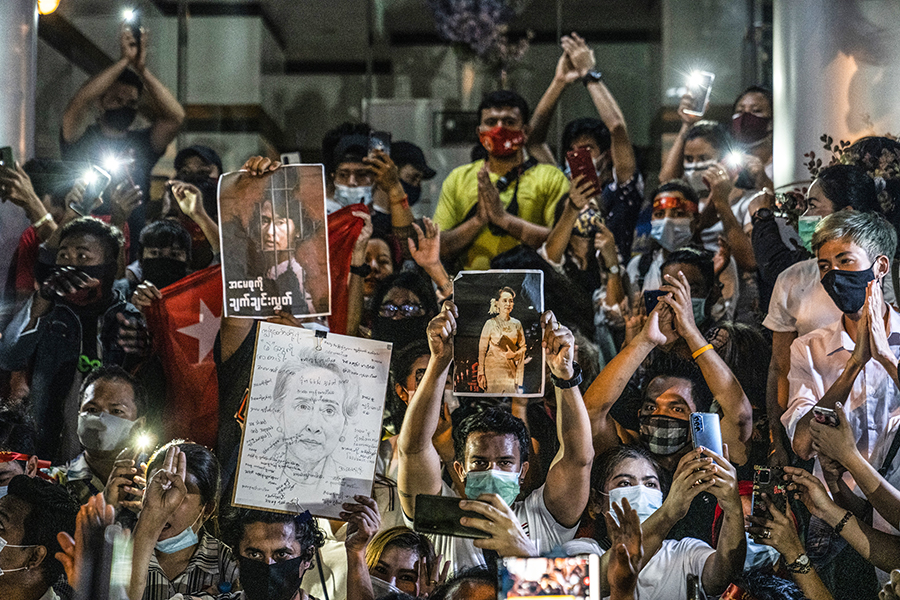 People protest the recent coup in Myanmar, outside the Myanmar embassy in Bangkok, Thailand, on Thursday, Feb. 4, 2021. Claiming that Myanmar elections in November were tainted by fraud, the commander in chief, Senior Gen. Min Aung Hlaing, declared a state of emergency on Monday, asserted himself as Myanmar’s leader, and placed Daw Aung San Suu Kyi and other civilian leaders in detention.
Image: Adam Dean/The New York Times