The end of President Trump's time in office leaves his daughter Ivanka Trump and his son-in-law, Jared Kushner, looking for a new home—but they appear to have plans in New Jersey 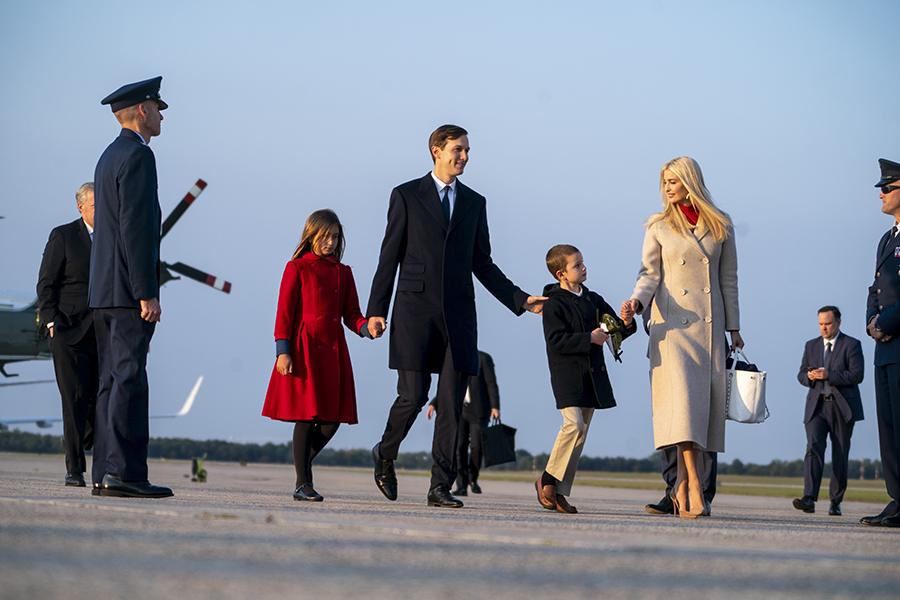 Ivanka Trump and Jared Kushner, with their children as they board Air Force One at Joint Base Andrews in Maryland, Sept. 22, 2020. The end of Donald Trump’s presidency will leave his daughter Ivanka and his son-in-law Jared Kushner well-to-do refugees in search of safety in a high society that may not take them back.
Image: Doug Mills/The New York Times