Inclusive leadership advice: Get comfortable with the uncomfortable

People tend to seek sameness, but they can teach themselves to relish in the differences of the human experience. Francesca Gino offers these three principles from improv to anyone who's trying to lead more inclusively 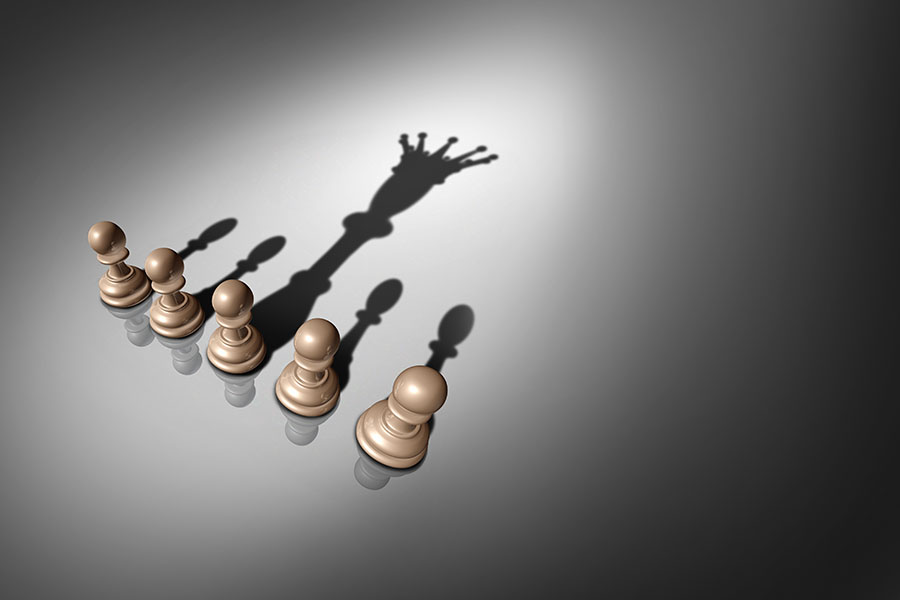 Some companies rely on this principle to create synergies in their collaborations among talented people. Image: Shutterstock

“Difference is an acquired preference,” a colleague once told me. The statement seemed rather strange to me at first. Upon reflection, though, I understood what my colleague was saying: Difference is uncomfortable, unfamiliar, and sometimes even unsafe. Whether it is an opinion that is opposite of our own, a way of working we are not used to, a person who approaches work in a way that is radically different from ours (and maybe also one we disagree with), or someone of a different background or race, differences are likely to bring about discomfort.

Yet as my colleague’s observation implied, we can come to prefer difference, with time—to become comfortable with being uncomfortable. We took on this idea while teaching Inclusive Leadership to first-year MBA students at Harvard Business School last academic year. I teach the course with my remarkable colleagues Frances Frei and Hise Gibson. To help us, we brought on stage a group of performers from Second City, the Chicago-based company that established the first ongoing improvisational theater troupe. Second City is the place where Tina Fey, Bill Murray, and many other comedy greats got their start.

Here are a few things that stood out to me from the day that may be helpful to anyone interested in becoming a more inclusive leader:

1. Not knowing brings about learning

Improv performers trade in the currency of unpredictability. They don’t know what their partners will say next, how others will react, or even when a scene will end. The other players may bring up topics that a performer knows nothing about. That’s okay: The goal is to always react purely in the moment. Consider the strategies required in two popular games, chess and ping-pong. When you play chess, you need to think ahead. You focus on following your own strategy, as well as anticipating your opponent’s. By contrast, ping-pong requires split-second instincts. You can try to anticipate the next volley, but a better bet is to focus on where the ball is moving in the moment. The same goes for improv: You can’t “pong” until the other player has “pinged.” When others think like us or look like us, we are likely able to predict their moves and perspectives. But when they don’t, we need to be open to learning about them.

2. Reserving judgment opens us up to curiosity

In improv, you go with the flow. Maybe you’re not crazy about the choices of the person who came before you, but you accept the terms of the scene and add to it, rather than contradicting it. So, if the first player says, “Here’s an apple,” you shouldn’t reply, “That’s actually a small melon.” That might buy you a laugh, but it would kill the scene. It’s much better to follow the “yes, and” principle that lies at the heart of improv: “Yes, and we can fill it with poison before we offer it to the queen.”

Some companies rely on this principle to create synergies in their collaborations among talented people. At animation studio Pixar, when writers and directors are working on a story, group leaders encourage “plussing,” a strategy for improving ideas without using judgmental language. Instead of criticizing a sketch, the director might “plus” by saying, “I like Woody’s eyes, and what if we ...” Someone else might then jump in and add her own plus. People listen, respect the ideas of others, and contribute their own. This type of collaborative atmosphere requires great effort to maintain. We all seem to feel an urge to judge others and their ideas. Sometimes our disapproval takes the form of silence—“the death pause,” as Pixar’s Ed Catmull describes it. Improv comedy teaches us to keep an open mind, understanding that communication drives insight and that closed conversations generally fail. Dissent is welcome, but only when there is shared respect and everyone feels they are on the same team.

3. Supporting one another leads to what would otherwise be impossible.

There are two key foundations of improv: trusting our inner voice and supporting others unconditionally. These ideas allow performers to create memorable, funny scenes. Improv is all about performing without preparation or a script—responding to others in the moment, listening to your inner voice, and bursting out with whatever comes to mind. In my book Rebel Talent, I noted that improvisation is like steering a car by looking through the rearview mirror: You don’t know where you’re going; you can only see where you’ve been. It’s so much easier to work with others (especially across difference) to shape the future—of a scene, a decision, or a collaboration—when we start from a place of trust, knowing that, whatever happens, others will give us their support.

These principles may sound intuitive, but they can be difficult when working across differences. Throughout the day, we practiced these ideas with short exercises in the hope of building a muscle for discomfort. Discomfort and joy may seem incompatible. As it turns out, they are a very good match in fostering connection.

This article originally appeared on LinkedIn. Follow Francesca Gino on LinkedIn to read more of her posts.