While her economic policy clearly doomed her, she also failed as a leader 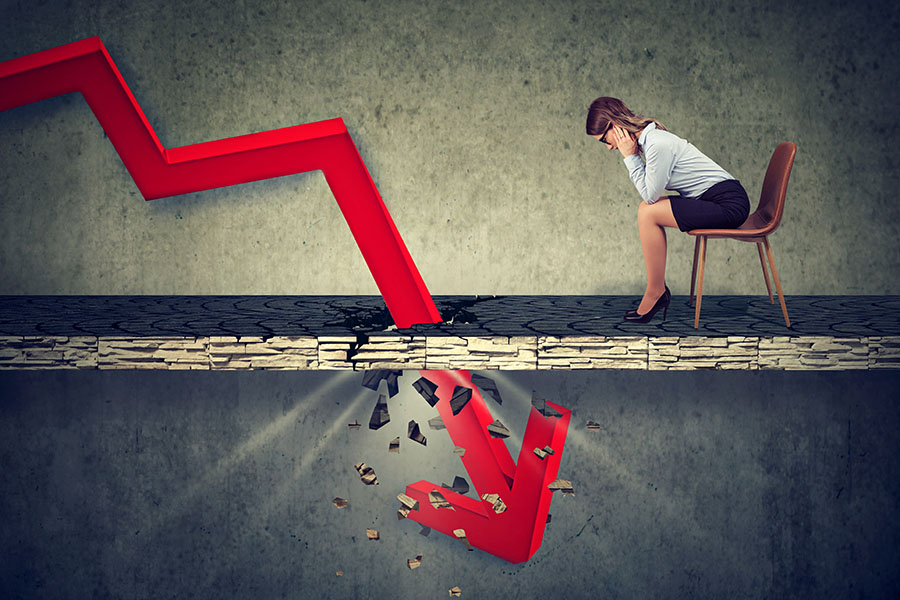 Leaders also need to be aware of how they may impact others. Image: Shutterstock

Anyone stepping into a new leadership role is likely dreaming of early successes. You walk in, make some exciting changes, improve the way the organization operates, and immediately earn the trust and respect of your team.

But, of course, it’s almost never that easy. There’s going to be a learning curve, perhaps a steep one. Challenges may look very different on the inside than they did from the outside. And any number of factors, both within and outside your control, can trip you up at the start of your tenure.

For a particularly egregious example of a leader failing right from the start, look to Liz Truss, who resigned as prime minister of Great Britain amid a massive economic crisis of her own making only 44 days into office.

Of course, her government’s unfunded tax plan was her primary undoing, spooking the markets and setting off a chain reaction of economic blows from which she never recovered. But according to Harry Kraemer, former CEO of Baxter International and a clinical professor of management and organizations at Kellogg, Truss also failed on another level: as a leader.

In Kraemer’s view, there are four dimensions to values-based leadership—self-reflection, a balanced perspective, true self-confidence, and genuine humility. He sees Truss failing as a leader along each of these dimensions and believes other leaders can learn from her mistakes.

In general, he encourages leaders to listen to those around them and to seek to understand differing perspectives. Having that knowledge and perspective will help you avoid making massive missteps out of the starting gate. Which is the opposite of what Truss did.

“She was talking about creating tremendous change without having an understanding of what all the implications of that change could be,” he says. “And you can see where that got her.”

The Four Dimensions of Values-Based Leadership

Values-based leadership is not something only prime ministers need to cultivate, says Kraemer, who is also an executive partner with Madison Dearborn Partners, a private-equity firm based in Chicago.

“When I’m interviewing people for senior leadership positions, or coaching CEOs, I try to examine their performance along these four dimensions,” he says.

First, self-reflection. Leaders need to know what their purpose is, what really matters, and what their values are, Kraemer explains. (He details how leaders can work on that discipline in this piece.)

Leaders also need to be aware of how they may impact others. “The first thing that a leader ought to be doing is taking the time to listen and truly understand the environment,” Kraemer says. What is motivating your team and how might they react to some of the changes you want to propose? While change is inevitable and can often be positive, “change plus uncertainty equals chaos,” he says.

“It appears Truss did very little listening and immediately embarked on a plan to significantly reduce taxes without an understanding of what the impact would be or a clear explanation for why it was happening.” She even failed to notify key partners, like the Bank of England.

The lesson for other leaders: “If I’m going to create a major change, I need to make sure it’s clearly communicated and that I have people onboard. If not, you end up creating significant surprise and uncertainty, which will most likely doom the project.”

Seeking a balanced perspective also relies on listening and understanding. And it’s crucial that you do this after you’ve arrived in your new position. Simply pushing through the ideas you arrived with—as Truss did—is not balanced. Kraemer uses a baseball analogy to make the point. “If I’m sitting in the stands at a Cubs game, I may be thinking about all the changes the manager should make,” he says. But then, let’s say he becomes the team manager. “Now I’m in the dugout and I’m seeing it from that vantage point. Some of the things I thought were a great idea, may no longer be a great idea. And some of them may still be great ideas, but I need to be careful about how I communicate them and how fast I implement them.” And making these decisions means you need to have the perspective of others in the organization.

“I need to make sure that I don’t just jump at something that I thought would be a good idea before I got into the job,” he says. “As a leader, my goal is not to be right; my goal is to do the right thing.”

When Kraemer talks about true self-confidence, he doesn’t mean swagger. Quite the opposite. “True self-confidence is when you know what you know, and you know what you don’t know, and you’re open to the idea that some other people may know more than you do.” Truss did none of this and pushed ahead with her economic plan despite the warnings of many, many well-informed people. And once things went south, Truss also lacked the confidence to admit she’d made a mistake, Kraemer says.

“You usually gain more respect as a leader when you’re open and honest and say, ‘hey, I made a mistake, and I’m going to listen to these other folks now.’”

Humility in leadership is recognizing that every single person matters and it’s not just about you. Kraemer says you can learn a lot about a leader’s level of humility by listening to them speak: Do they say “we” a lot, or is it mostly “I” statements? Kraemer points to part of Truss’s resignation speech as particularly telling. She said, “Given the situation, I cannot deliver the mandate on which I was elected by the Conservative Party.” Notice the “I”s and lack of “we”s.

“We’ve got a little bit of an ego problem,” Kraemer concludes. Instead, values-based leaders must remember, “it should never be about me.”

Also read: Redressing the praise deficit: Women in leadership and leveraging your best self

How to Convey Your Values-Based Leadership

These four dimensions of values-based leadership are key for a leader to embody, Kraemer says. But it’s also crucial that leaders convey that they embody these values to their teams, starting the very first day. Doing so will minimize the risk of making a massive mistake early on. And, if you’re still unable to avoid the mistake, it will minimize its impact.

“On day 1, you go to your team and you say, ‘I am well aware of the fact that I don’t know all the answers, and I need to rely on all of you,’” Kramer says. You assure them that you want to hear from them if they disagree with you, and that you are open to changing your mind. Additionally, they need to know that if you do make a mistake, you’ll own up to it. “Not only is that the right thing to do from a values standpoint, but it’s the right thing to do as a team: you become comfortable challenging me, and I’m comfortable hearing it.”

Tweets by @forbesindia
Chronic kidney disease: An overview
Covid-19: Is the worst behind us? Maybe not