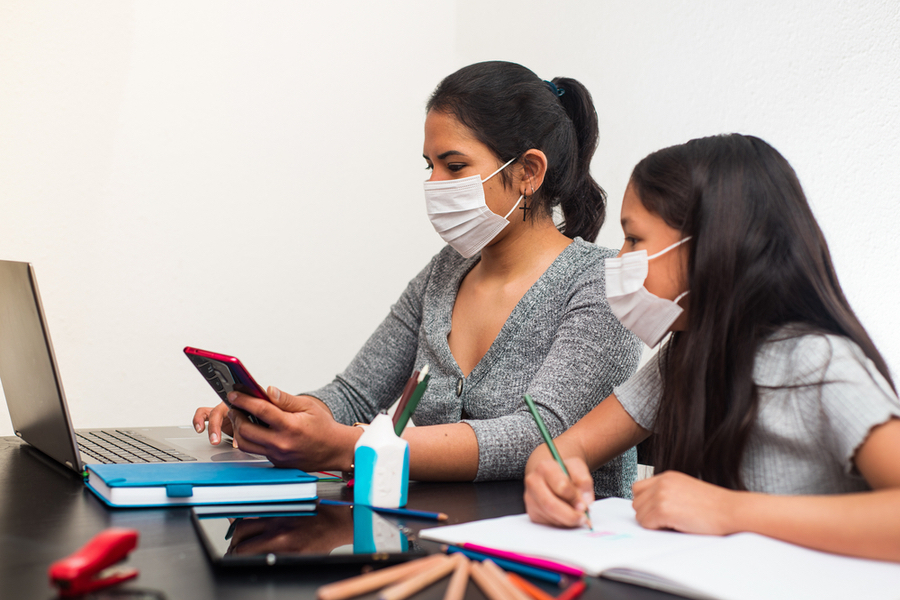 Responding to COVID-19 in early 2020 was an exercise in crisis leadership. In 2021, the pandemic feels like a painful marathon that will never end.

The rapidly spreading virus forced a precipitous shift to remote work at many companies, complicating matters for businesses that rely on face-to-face contact. While some businesses have boomed amid demand for videoconferencing and collaborative technology, the CEOs of other firms will likely face difficult decisions, if they haven’t already.

On a personal level, CEOs faced many of the same concerns as their employees: How can I protect my family? How will my children learn via Zoom?

We interviewed 10 CEOs in July about how they are managing the unprecedented stressors of the COVID-19 pandemic, and then checked in with them again at the end of 2020. The interviewees hail from Canada, India, Turkey, the United States, Germany, South Africa, and Australia; and industries include automotive, hospitality, real estate, manufacturing, and finance.

Cash flow and liquidity. “Payments [were] not coming in, but we had to make our own.” This blunt statement summarized the situation CEOs faced as the pandemic’s suddenness caught many without sufficient ready cash.

A real estate CEO noted: “We had ongoing construction and needed to pay our contractors but were not sure that we would receive payments as planned from our customers who already bought houses. We analyzed each and every customer and their ability to pay for each of our projects to assess the situation.” Uncertainty about “what the runway of cash should be and how long to plan for” compounded CEOs' liquidity concerns.

Family and friends. Like everyone else, CEOs worried about their loved ones—particularly their “vulnerable” parents. The increased difficulty and risks of traveling separated some CEOs from family. One had to make the difficult decision to “move to a different city to be closer to the employees, [leaving] the family behind.”

None in our sample mentioned family contracting the disease, though one US-based CEO reported that friends had come down with it. One CEO and father of three reported “[getting] lost in looking after the kids” as his wife “is a frontline worker and was at the hospital every day.” “Kids switching to online school” was another challenge reported by a CEO married to a working spouse.

Employee well-being. CEOs were concerned about their employees: their safety on the job; overall well-being; and their own task as leaders of “keeping up morale and managing people’s fears.” Having to make decisions under uncertainty while trying to appear in control also took a toll on the CEOs.

Specific groups—parents, salespeople, and older employees—had particular challenges. Older employees and those with less experience managing online relationships struggled with working from home, as did those with young children.

Managing multiple changes. CEOs had to manage changes on many different fronts simultaneously. Many mentioned “adjusting to and complying with the ever-changing regulations and policies.” “Complexity was high,” especially early on, one CEO noted, adding: “It was not easy to keep up with [changing regulations and new policies].”

Customer behavior also changed in response to the pandemic, as one real estate CEO illustrated: “Buying a house is usually the biggest decision that our customers make. It no longer was a priority during the pandemic.” To top it off, all of these changes in the business environment had to be “managed from a distance,” without the richness and immediacy of face-to-face communication.

Preparing for uncertainty. All of these stressors have been compounded by uncertainty, “specifically, about what the new normal will be and when it will arrive,” as one interviewee put it. Specific predicaments mentioned included “what to do with the employees who no longer had anything to do and were sitting idle” for one CEO and, for another, the need “to do extreme scenario planning and take out loans as precautions to boost the balance sheet.” One CEO mentioned that this was complicated by a distrust of government data on health and the economy, thus requiring “self-assessment to understand what to expect.”

The strains of an ongoing situation in which “no one knows the answer” led to “busy brain—it was difficult to calm down and stop the thoughts,” in one CEO’s words, saying that “long days” left him feeling “lethargic and down.”

Managing business: rethinking everything
Our interviewees’ comments made it clear that every aspect of business is up for re-evaluation as a result of the pandemic, from the most granular to the most overarching level. Two executives shared vivid descriptions of the early days when the reality of the pandemic set in.

It was like “[waking] up to all of the decisions I had not made/delayed in the past and they all needed to be decided on at the same time,” one said, recalling the feeling of “paying the price of having postponed them and living the nightmare of all of it at once.”

Another recalled having to “jump to action quickly and operate in overdrive,” more positively, describing his actions as “high performance-high impact—an intense period of quick thinking, innovation, communication, implementation.” Nevertheless, he noted, that “trial and error took a toll.”

On the detailed level, CEOs “worked on scenario planning and cost-cutting.” Most made retaining staff a priority: “We worked hard to retain all the roles we could. We ended up furloughing some people and switched to paying flat salaries (without the variable component) to some,” one CEO explained.

Another CEO was able to avoid layoffs and broad salary reductions by “[asking] my top 10 percent to take a 30 percent pay cut today, which I converted into [employee stock] and they would receive twice as much as they forgo when things normalize.”

Several CEOs mentioned the salesforce as a category especially affected. “Sales were sharply down” because of the pandemic, and some salespeople faced “overwork with less rewards because structure was commission based.” Sales forces also struggled with distancing. One CEO described how “[The] sales force conducted customer visits online, which they did not like, and it took them a while to get the hang of it. As soon as lockdowns eased, they were back to doing visits in person and are much happier with the results.”

Survival usually required some degree of “restructuring the organization.” A real estate CEO provided an example: “We had the option to shut down our hotel business but decided to keep it open and offer it as housing to international companies … This turned out to be a better deal than closing it down. We are at 80 percent occupancy (at lower rates).”

Another CEO mentioned “conduct[ing] an early yearly review” in light of the need to “overhaul the KPIs for each department, make the goals clearer and easily assessable by the managers.” All of these actions had to be “communicated in true empathy,” through a variety of channels, some unfamiliar.

One CEO “came up with a decision tree” for employees who “had a difficult time understanding when to use which medium of communication (email, telephone, Zoom).”

Searching for the silver linings
The new year began with promising vaccine developments, giving CEOs some rational hope, but there is still a long, dark, infectious winter to survive. In May, we wrote:

"We are all under unprecedented mental strain of a kind people are not designed, evolutionarily, to deal with. We deal well with acute emergencies experienced in groups. The pandemic is a long-term, slow-rolling crisis of uncertain duration involving multiple unknown factors and experienced in physical isolation, possibly in potential danger."

Hopeful news notwithstanding, this all remains true and will for some time. Kindness—to yourself and those around you—is essential. Stop and breathe. Light a candle, if you have one.

If you are reading this, you have accomplished something you never would have imagined on January 1, 2020. You—and your colleagues and employees—can now add “… during a global pandemic” to the list of current job duties and accomplishments on your resume. It’s a badge of honor none of us asked for and all of us would have declined, but a badge of honor, nonetheless. Celebrate yourselves.


Boris Groysberg is the Richard P. Chapman Professor of Business Administration at Harvard Business School. Gamze D. Yucaoglu is the assistant director of the School's Middle East and North Africa Research Center. Robin Abrahams is a research associate at HBS.