In a recent field study, Duncan Gilchrist, Michael Luca, and Deepak Malhotra set out to answer a basic question: "Do employees work harder when they are paid more?"

In a famous scene from the film "Jerry Maguire," NFL wide receiver Rod Tidwell repeatedly screams, "Show me the money!" as his agent listens on the other end of the telephone. Intuition might tell us that showing the money motivates, and that increasing an employee's salary should correspondingly boost his or her motivation. It does—under certain conditions. The evolving field of behavioral economics is challenging the assumption that more money inevitably leads to increased effort.

In a recent field study that he conducted along with Harvard colleagues Duncan Gilchrist and Michael Luca, Harvard Business School Professor Deepak Malhotra set out to answer a basic question: "Do employees work harder when they are paid more?" As Malhotra, the Eli Goldston Professor of Business Administration, said in an interview, "Previous research has shown that paying people more than they expect may elicit reciprocity in the form of greater effort or productivity." Malhotra and his research team, however, found that paying more only led to greater productivity when the additional pay was presented as a gift, with no strings attached. 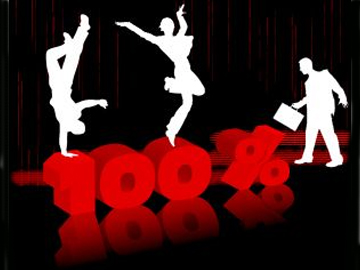 In the field study with 266 workers, three groups were hired to do a one-time, four-hour data entry task via the Internet labor market oDesk.com, which allows for online recruitment of freelancers from around the world.

"Keep in mind," Malhotra said, that "all of these people previously made less than $3 per hour where they live." Employees in one group did not know of the existence of the other groups. One group was given a lower starting pay rate ($3 per hour) and another a higher one ($4 per hour). Evaluating the work effort and performance of the low-pay versus the high-pay group, Malhotra said that "employees who were promised $4 worked no harder than those who were promised $3." Higher pay didn't lead to statistically better performance.

"When someone is paid $4," said Malhotra of the findings, "even though it is more than they are used to making or expecting, there may be no reason for them to interpret this as a gift or concession from the employer. More likely, they just assume that their expectations were wrong, and $4 is 'the going rate' for this type of work." So paying more elicited about the same employee effort as the lesser rate.

The third group brought the most provocative results. Its members were initially offered $3 per hour, but then received a surprise $1 increase to match the higher-pay group. The pay increase was not related to performance. It was offered immediately after employees had agreed to work for $3 because, they were told, "we have a bigger budget than expected." So the additional dollar was perceived as a gift, Malhotra said.

"Those who were promised $3 but then later were given an additional $1 worked significantly harder than the other two groups," he said. "We attribute this to the salience of the gift: It was obvious to them that we didn't have to give this additional compensation, but that we had chosen to." The gift "signaled that we had done something nice for them which they may want to reciprocate." And they did reciprocate, with higher productivity.

Indeed, the "gift" group of workers performed with "roughly 20 percent higher productivity than both" the other groups, the study said. And for some employees who had more experience, the boost in productivity was much higher. Moreover, the gift group maintained better focus throughout the work, and performed especially well late into the assigned task.

What do these findings, which Malhotra described as "$3 + $1 is more than $4," mean for real-world companies? He suggested that companies should "think carefully not just about what to pay employees, but also how to pay them. The same amount of compensation can be structured in ways that will be more or less appreciated and reciprocated."

Malhotra also believes that companies need to consider what other factors motivate employees. "There is a lot of work that shows non-monetary incentives (e.g., recognition, respect, autonomy, etc.) can be powerful motivators of behaviors in the workplace," he said. "The key is to understand you are dealing with human beings who work hard not simply because of financial incentives, but because of a whole host of other factors."

Tweets by @forbesindia
Thriving with the crowd: Marketing with (and against) the New Influence Peddlers
How Metaphors Affect Our Thinking and Behaviour