How to Fix a Broken Marketplace

As a pioneer in the field of market design, the Harvard Business School professor cofounded a kidney donation matching system for New England, corrected public school choice programs in New York and Boston, and tackled the market for new medical residents, economists, and lawyers. (Last week, Forbes magazine named him one of the world's "seven most powerful new economists.") 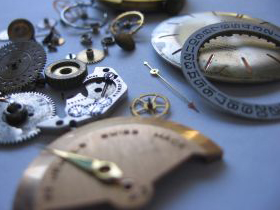 "Market design is the engineering part of game theory," Roth explains. "It's the underlying science of how the details work and how the parts fit together. We deal with much more complicated games than the game theory usually deals with."

In short, Roth has determined that successful marketplaces require three key elements. "They must be thick, uncongested, and safe," he says.

Having sufficient "thickness" means there are enough participants in the market to make it thrive. "Congestion" is what can happen when markets get too thick too fast: there are heaps of potential players, but not enough time for transactions to be made, accepted, or rejected effectively. "Safety" refers to an environment in which all parties feel secure enough to make decisions based on their best interests, rather than attempts to game a flawed system.

Many markets must also overcome the fact that some transactions are considered repugnant, especially in the infancy of an industry. (For instance, life insurance—in which companies essentially place bets on when a customer will die—used to be considered extremely repugnant. But now it's a thriving industry.)

Roth discusses these and other markets in his reflective paper What Have We Learned from Market Design?, which draws from decades of his fieldwork. In the paper, published in 2008 and updated in September 2010, Roth discusses how issues of thickness, congestion, and safety impaired several important markets—and how market design made things better.

Thickness:
A classic example of a thickness problem is the process of helping nephrology patients in need of kidney transplants. In 2006, some 5,000 patients in the United States either died while on the waiting list for a new kidney or were removed from the list as "too sick to transplant," Roth says.

The system is rife with trouble. First of all, "there aren't enough deceased donors," Roth says. Second, while healthy people are able to live with a single kidney—and therefore able to donate one—it's illegal for them to sell one to a needy patient, owing to the aforementioned repugnance issue. Finally, those people willing to give up a kidney usually do so for a friend or relative, but those would-be donors often are incompatible with their intended recipient. "The problem with live donation is that you might not be able to give a kidney to the person you want to give to," Roth says.

Historically, those incompatible donors would be sent home, and their sick loved ones would wait for a deceased donor. But a few years ago Roth started studying the idea of a kidney exchange system: Say person A wants to give a kidney to person B, but their blood types don't match. Meanwhile, person C wants to give a kidney to person D, but their immune systems are incompatible. However, person A happens to be compatible with person D, and person C is compatible with person B. Each party has what the other party needs, creating a situation that economists call a "double coincidence of wants."

Roth found that while such exchanges did occur occasionally, which proved their feasibility, they were extremely rare prior to 2004. The market lacked thickness, due to a lack of recordkeeping. Because potential donors were not patients, there was no official record indicating that they might be available for a kidney exchange.

In 2004, he and fellow economists Tayfun Sönmez and M. Utku Ünver coauthored a paper showing that the kidney exchange market would benefit from an official clearinghouse that included a computerized database of incompatible patient-donor pairs. In addition to direct exchanges, the paper described exchanges that included three- and four-way matches—as well as a system in which a donor could give a kidney to a stranger in exchange for the donor's loved one receiving high priority on the cadaver waiting list.

They sent the paper to several kidney surgeons. The medical director of the New England Organ Bank met with Roth to pursue the idea further. This led to the founding of the New England Program for Kidney Exchange, which culls data from 14 transplant centers in the New England area, allowing incompatible donor pairs to find possible exchanges. So far, the program has been responsible for 73 successful exchanges. (Hospitals elsewhere have followed suit. Nationally, in 2005 there were 27 reported transplants involving an exchange; in 2007, there were121 such transplants; and in 2009, 304.)

"What would really help us have a thick market would be to have a well-organized national market," Roth says. "So far we're dealing with regional markets and trying to expand them." Congestion:
When Roth and his colleagues were invited to improve the way New Yorkers are matched with high schools, they recognized a problem of market congestion. This is a common problem in markets where lots of parties are deciding whether to choose each other—first-year law firm jobs, for example, or competitive schools.

In the past, the system worked like this: The New York City Department of Education asked students to submit a ranked list of the five high schools they'd most like to attend, and the students would oblige. Next, the department would photocopy the list and send a copy to each of the five schools, which would then determine which students they wanted to accept, waitlist, or reject. Accepted students would decide whether to accept the schools back. Schools that still had vacancies could make a second round of offers and then a third. The process stopped after three rounds.

But there was a problem. The three rounds were not sufficient to assign every student to a school. Annually, while about 17,000 students would receive initial offers from multiple schools, about 50,000 received a single initial offer, and 30,000 were hastily shoved into schools that weren't on their choice list.

Administrators were well aware of where their schools ranked on each list, and some chose only those students who had ranked their school first. ("This meant you didn't really have five choices," Roth says.) Sometimes principals would withhold open slots, anticipating the chance to make late offers to high-achieving students who didn't like their initial assignments.

To solve the problem, Roth and his colleagues designed a "deferred acceptance algorithm." Rather than simultaneously apply to multiple schools, each student would apply to his or her highest ranked school. Each school would accept a set number of applicants and reject the rest, leaving room for the next round. Each student who didn't get into the first-choice school would apply to the second choice. This went on for up to 12 rounds.

In the first year of the new system, only about 3,000 students ended up in schools to which they didn't apply—and some of those were students who hadn't even submitted applications in the first place. The vast majority of students were accepted into one of their choices. "You might not get your first choice, but the system makes it safe to try; you can't do any better than to list your choices in their true order," Roth says.

Safety:
Meanwhile, the Boston Public Schools faced an issue of safety with its school choice system, although administrators were initially unaware of that. Ostensibly, the majority of prospective students in the city received their first-choice school, which led school officials to believe everything was fine. But it wasn't.

In the Boston system, students would send a ranked list to the city. (Unlike in New York, Boston did not include administrators of individual schools in the process.) The central administration tried to assign a first-choice school to as many students as possible, with priority given to students whose siblings already attended the school or who lived within its "walk zone." For each school with slots still available, the city would assign a round of second choices, and so on.

Savvy students and parents knew to avoid listing the very best schools as their first choice. After all, only kids with priority at that school were likely to get into that school anyway. But not everyone was savvy. Some 19 percent of applicants did list over-demanded schools as their top two choices—and 27 percent of those ended up without an assignment at all. And many of those who did receive their first choices were unhappy because their choices were strategic, rather than honest.

Roth and his colleagues recommended two design algorithms that were essentially strategy-proof, making it safe and reasonable for students to apply to the schools that they honestly wanted most. The Boston School Committee adopted the proposal.

Roth also has helped design markets to match new doctors with residency programs and new economists with new jobs. Lately, he has been looking at the market for new lawyers, in which law school students compete for the best jobs and firms compete for the best students in a very tight economy. In order to beat the competition, firms are offering jobs to students before they even begin their second year of law school—and demanding that the students decide immediately. This leads to a safety issue, in which both a student and a firm are committing to a decision before either has a real inkling of what kind of lawyer the student will become in two years.

"Market design teaches us both about the details of market institutions and about the general tasks markets have to perform," Roth writes in "What Have We Learned from Market Design?" "Among the general tasks markets have to perform, difficulties in providing thickness, dealing with congestion, and making participation safe and simple are often at the root of market failures that call for new market designs."

Tweets by @forbesindia
The End Is Near: Blackberry’s GRIM Reaper Story
To List or Not to List - India's Stock Exchange Promoters Face a Speed Bump