It's Not Nagging: Why Persistent, Redundant Communication Works

It's the rare child who follows a parent's order to do an unpleasant task the first time she's asked. Upon second request, she might listen, but again ignore the prod. It's often the third time, a more urgent "Brush your teeth, now," that does the trick.

Most parents understand that redundant communication, coupled with an escalating sense of urgency, is integral to communicating because it gets the job done. New research shows that getting employees to listen up and deliver isn't so different. 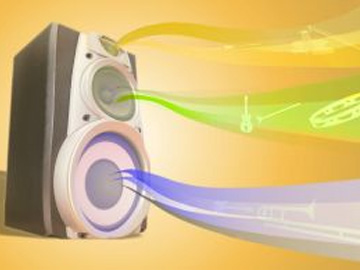 In a paper forthcoming in Organization Science, professor Tsedal B. Neeley and coauthors delve into why many managers tend to send the same message, over and over, via multiple media to team members. At first blush, this strategy may sound like nagging or a waste of time. But as it turns out, asking multiple times gets results.

Titled "How Managers Use Multiple Media: Discrepant Events, Power, and Timing in Redundant Communication," Neeley and Northwestern University's Paul M. Leonardi and Elizabeth M. Gerber found that managers who are deliberately redundant as communicators move their projects forward more quickly and smoothly than those who are not.

Neeley's research evolved out of an ethnography of managers' use of technology used to persuade their team members to meet their deliverables on time and on budget. To do so, managers were engaging in redundant communication.

"We started to notice very quickly that some project managers were sending the same message three or four times using different media," she says, citing an example of a manager speaking to an employee face-to-face, then sending her an e-mail and later a text message about the same thing.

Research showed that asking employees to do something multiple times, whether in person or via technology, is especially common for managers who are under intense pressure to finish particular projects.

Considering how busy most managers are and the fact that their employees are inundated with information daily, the repeated communications seemed puzzling to Neeley, at least at first.

The researchers moved forward to investigate what sort of events triggered managers to deploy multiple messages. They studied the communication patterns of 13 project managers in six companies across three industries (computing, telecommunications, and health care) by shadowing them at their jobs. The team recorded every activity in the managers' workday, collecting a total of 256 hours' worth of observations.

"As we analyzed data we started to see differences in strategies and intentions depending on whether the manager had power," Neeley says. A story started to come together.

Managing without power
Power, it turns out, plays a big role in how managers communicate with employees when they are under pressure.

A lack of direct power is common in companies today, Neeley says, because so many people work on teams that form and disband on a project-by-project basis. Yet team leaders are still on the hook to achieve their business imperatives despite this absence of authority.

While managers with power did use e-mail, the same sense of urgency and persuasion wasn't there in the follow-up, the researchers found. These managers typically followed up with just a single communication, sending more reminders only in desperation.

Managers lacking direct power, however, assumed nothing. They proactively used redundant communication to convince team members that their project was under threat and that they needed to be part of the solution.

"Those without power were much more strategic, much more thoughtful about greasing the wheel" to get buy-in and to reinforce the urgency of the previous communication, Neeley says. "Managers without authority enroll others to make sense of an issue together and go for a solution."

The researchers also determined that clarity in messaging, while not a bad thing, was not the goal for redundant communication. Even if a powerful manager is clear and direct with an employee, it's still the redundancy that counts. "I didn't think we'd find this. I was stunned," Neeley says.

While both sets of managers ultimately got the job done, the managers without power moved the team faster, she says. Managers with power spent more time on damage control after assuming an employee had finished the work. That said, the results didn't show that either group was more successful with deadlines or meeting budget requirements.

Recognizable behavior
When Neeley shares these findings with managers she says there's a relief among many to learn that all that communicating does work—that they aren't spinning their wheels during the workday.

"People are like, 'Oh, my gosh, there is a name to what I do. I do this all day.' It's a great thing to have [something] this obvious pointed out to them."

The results also provide a concrete strategy for managers in Neeley's Executive Education classes who are struggling with how best to communicate with workers. "This is an actual strategy—a communication persuasion strategy that they will go and try," she says.

In the future, Neeley plans to expand this line of research, perhaps analyzing how managers collaborate with employees globally using technology.

"This is what people use every day to relate, to get work done, to achieve their goals, so it's crucial to understand it."