By identifying and succeeding in a difficult space, this IT healthcare services company has grown at 50 percent for the last 6 years 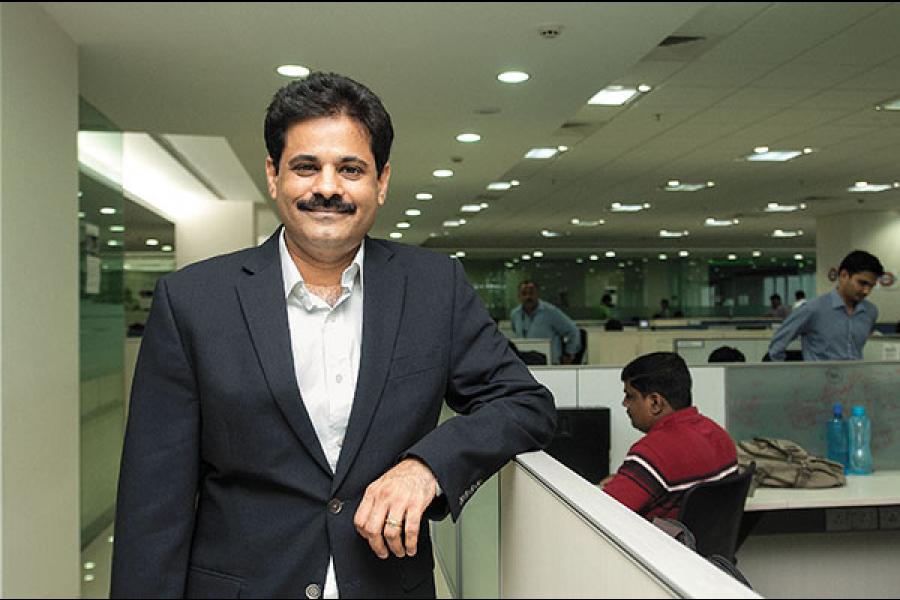 For the past nine years, CitiusTech, a leading provider of healthcare technology services and solutions, focussed on its business and was not looking for external capital. But in March 2014, General Atlantic invested $100 million in the company. What changed? CitiusTech’s growth plan. Although it is well-established in the US market, the company is now ready to expand to other countries. The management feels that the only way to do that is by attracting global talent, which it can access through the networks of a giant private equity firm such as General Atlantic.

CitiusTech builds applications, deploys enterprise-level software and is a pioneer in healthcare analytics in the international market. It created a customer base in the US by reaching out to big hospitals, and working closely with technology companies in the healthcare space.

The Mumbai-headquartered company is reluctant to discuss its numbers. The company has seen about 50 percent annual growth over the last six years. According to The Economic Times, its present revenues are estimated to be about Rs 450 crore and the company is valued at about Rs 2,000 crore—4.4 times the sales.

The men behind it
CEO Rizwan Koita—an IIT-Bombay alum—made a name for himself when he became the first non-MBA recruit of McKinsey India. While working on a report on the Indian outsourcing industry, he saw an opportunity for himself in the BPO space. Not one to sit on a good idea, Koita, who was 29 at the time, quit McKinsey and partnered with fellow IITian Jagdish Moorjani to launch a BPO TransWorks in 1999. There were only 50 good BPOs in India. In 2003, when the BPO market in India reached saturation point, they sold the company to the Aditya Birla Group for Rs 60 crore.

Koita and Moorjani, now in their mid-40s, decided to take on a new challenge and enter a difficult and competitive domain: IT healthcare. They got in touch with Bimal Naik, another IITian, to start CitiusTech. Naik, a domain expert on the US healthcare business, is the company’s chief client officer, a designation that is uncommon in the Indian IT space.

Koita realised that unlike the finance industry, the medical and healthcare analytics industry was not well-organised. Compiling medical data and capturing trends is a complicated process, but that made the challenge all the more exciting. They found a fragmented market, one where very few companies had ventured into.

To break into this market, Koita knew he had to attract the best programmers who could navigate the minefield of healthcare data. Within five years of launching CitiusTech in 2005, he was able to build a team of 200 people. Besides, there have hardly been any high-profile exits in its nine years of existence.

The management has a unique approach to attract and retain talent. The founders created a referral programme and got their existing employees to talk to other talented peers who they thought would be a good fit. It’s not an untried strategy, but 50 percent of CitiusTech’s staff has been recruited through this referral system.

The company currently works with 50 leading healthcare organisations and has developed a range of products, including clinical applications.

Koita now wants to move up the value chain and has started to work with insurance and pharmaceutical companies that want to understand customer behaviour. This, too, is a complicated space, but Koita figures that by entering markets others fear to tread, CitiusTech will be able to sustain growth. 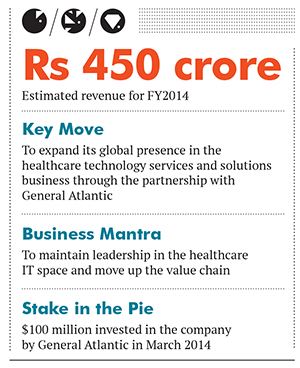 Why it is a gem
The American IT healthcare market, where CitiusTech is strong, is estimated to touch $119 billion by 2017, according to a Gartner report. The potential for growth is self-evident.

Also, the company has been able to build a domain-centric IT business, which most companies only dream about, but find very difficult to do. “We are helping our clients build and implement technology solutions. They are hiring us not because we offer lower costs but because there is nobody else who can understand those issues with the depth and sophistication the way we do,” Koita says.

Why it was hidden
CitiusTech has remained in hiding by design. It did not advertise its services, and the founders felt no desire to capitalise on fame in India because their customer base was concentrated in the US. It was only when General Atlantic invested $100 million into the company that the Indian business press noticed it.

The company, however, adopts a different and more aggressive strategy in the US market. CitiusTech is a familiar name in conferences, industry magazines and other media events, all of which are specific to the healthcare industry.

Risks and challenges
The challenges that CitiusTech faces are similar to any other fast-growing IT company. For one, it has to maintain a growth rate of around 50 percent. It also has to maintain its market share in the healthcare IT space, which can be a challenge. There are a few companies vying for a slice of the profit and there’s always the danger of competitors poaching CitiusTech’s high-value technical talent.

For the last two years, the falling rupee has helped the company boost its revenues. But that can change if the rupee stabilises.

CitiusTech is operating in a niche segment that has not seen much competiton. That can change. However, the management is ready for the next challenge.