War! It's Coming With Iran

An Israeli strike on Iran will have a major global impact the price of oil will soar, says Steve Forbes 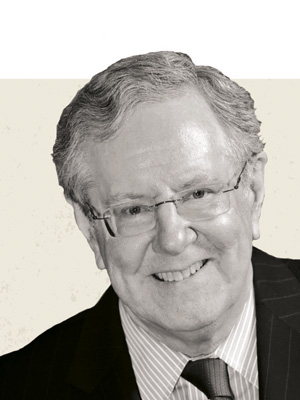 Twice in recent years Israel has been ready to strike Iran’s nuclear facilities, only to be dissuaded by strong US pressure. But unless there’s a regime change in Iran soon, war will come. This is no state secret. US Defense Secretary Leon Panetta reportedly told NATO ministers that he thought an attack would come within months. Inside the Pentagon Panetta has allegedly been warning officers that he thinks the Israelis will strike between June and August.

The Israelis fear Iran will soon enter what they call a “zone of immunity”, whereby the bulk of its critical nuclear assets will be buried so far underground that neither Israel nor the US will be able to stop Tehran’s nuclear efforts from the air.

The Israelis have no faith that sanctions will deter Iran from its nuclear ambitions, even though its economy is indeed being hard hit by them. Fanatics that they are, the ayatollahs will see the economic crisis as an even greater incentive to develop their own bomb to help shore up their highly unpopular regime. Even more, they think the bomb will make Iran a major power to reckon with, given all that oil in the Middle East.

The Iranians have been masters at using diplomatic negotiations to buy time for their nuclear programme, so no one was surprised when they recently called for another round of talks. But this time the usually gullible Europeans can’t pretend that such a course would be successful.

The Israelis know they won’t be able to obliterate Iran’s nuclear effort the way they knocked out Iraq’s nuclear reactor in 1981 and Syria’s budding programme in 2007. But Jerusalem, knowing an existential threat when it sees one, feels it has no choice but to do what it must, imperfect as that may be.

What might actually trigger this conflict? A casus belli could be the assassination of an Israeli diplomat or an Iranian submarine striking a tanker in the Persian Gulf, thereby involving the US as well. Or, as time passes, Israel might feel it has to initiate an attack. The Israelis know that the Obama Administration will be less likely to adamantly oppose an attack before the November elections than it would after them.

Would Iran provoke war? Some Iranian extremists believe that an Israeli strike would give Iran’s regime a surge in nationalistic popularity.

Make no mistake, the coming con- flict will have a major global impact. Even if the Iranians don’t try to close the Strait of Hormuz, the insurance rates for oil tankers are going to soar— as will the price of oil. The White House knows what this will do to our nascent economic recovery. Some experts speculate that oil could tem- porarily shoot as high as $300 a barrel.

Iran has no illusions as to what will happen if it tries to close the Persian Gulf. It tried to stop the flow of Iraqi, Kuwaiti and Saudi oil in 1987 as a way to strangle Iraq, with which it had been fighting a bloody war for almost seven years. The US responded by “flagging” tankers carrying Arab oil, making it clear the US Navy would defend them. When the Iranians took measures to interfere, the US Navy made short shrift of Iran’s naval assets. So shaken was Ayatollah Khomeini by our counter-measures that he decided to quit the war with Iraq and leave Saddam Hussein in power. Nevertheless, you may see a repeat of the Tanker War.

Iran will also attempt to have its agents carry out terrorist acts around the world, particularly in the US.

Israel will find itself embroiled in a horrific conflict. Hezbollah forces in Lebanon have more than 50,000 rockets and missiles. Jerusalem learned bitterly in its 2006 attack against Hezbollah how difficult that enemy is to defeat.

Today, they are stronger than ever. Northern Israel will be hit hard from the air.

Much as the White House might wish otherwise, the US will become involved. In fact, President Obama could well respond to the conflict the way he did when he went after Osama bin Laden: Give US forces the green light to do whatever is necessary on water and in the air to help the Israelis.

This conflict will obviously also roil the financial markets.

Will the turmoil upend Europe’s fragile banking system? Not if the European Central Bank and the Federal Reserve act decisively. US Treasurys? No surprise, yields for a brief time would go even lower.

Tweets by @forbesindia
Price: The Nuclear Weapon of Marketing
Our Thousand Words