At first glance, policy competition would seem to be to the advantage of MNEs as governments are seeking to reshape policies to please multinational firms 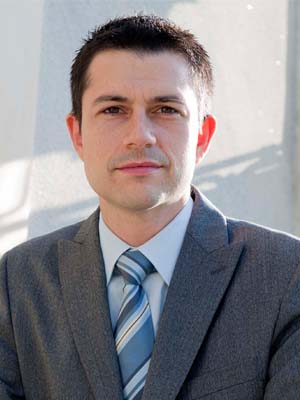 National governments across the world compete fiercely to attract investment from multinational enterprises (MNEs) because MNEs are seen as a source of new technologies and employment, as well as drivers of competitiveness and efficiency.  A key tool in this battle to attract foreign firms is the development of policies that ease cross-border transactions and provide firms with a secure and stable investment environment.  Perhaps most emblematic of this trend has been the almost 2,000 international investment agreements that have been signed in the past 20 years to promote cross-border investments and to provide international legal protection to firms operating in foreign countries.

At first glance, policy competition would seem to be to the advantage of MNEs as governments are seeking to reshape policies to please multinational firms.  Even if this were the case, it does mean that MNEs face a complex and shifting tapestry of investment policies across the world that can be difficult to fully comprehend and integrate into decision-making.  Moreover, competition in many cases does not guarantee that governments will shy away from making changes in the policy environment that adversely affect MNEs.  Indeed, governments have shown a willingness to modify or overturn policies when doing so has been deemed necessary to meet domestic political, economic, social or environmental objectives.  Such changes are often referred to as “policy uncertainty” or “political risk”, and they are an unavoidable part of doing business abroad. 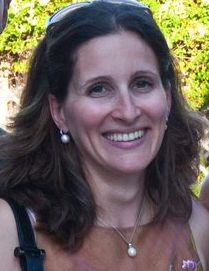 Firms’ actions and reactions to policy uncertainty
MNEs’ decisions about their entry mode and governance structure of their investments depend on the host country’s political uncertainty.  In general, firms tend to prefer shared ownership solutions, such as joint ventures or alliances, when investing in highly uncertain environments, and full ownership, such as acquisitions, when uncertainty is lower. In addition, firms are generally less inclined to make large sunk investments in cross-border acquisitions when policy or other uncertainties exist beyond their control.  To the extent that government policy behavior can complicate the execution of transactions or post-merger implementation, companies are more likely to adopt a wait-and-see approach, invest in smaller deals, or structure their involvement to collaborate with a local partner to address on-going policy risks to the business.

Indeed, academic research has found that MNEs are more likely to employ joint ventures with domestic partners when policy uncertainty is higher in a host country.   However, if uncertainty surrounds whether a competitor will enter and dominate a market, a firm will be tempted to enter aggressively to reduce this risk of being pre-empted in a product market and bidders might engage in “follow the leader” behavior to avoid being left behind in a developing market that could subsidize other businesses.  Faced with these tradeoffs, firms will often prefer strategic alliances to be able to invest, reduce downside losses, and be in a position to expand when a market provides definitive signals about upside potential.

Institutional complexity
While policy uncertainty often derives from the shifting preferences of government leaders, it can also be generated by institutional complexity, or those situations in which multiple authorities exist for the development and implementation of investment policies.  When authority is shared we often find that the precise adoption and implementation of investment policies is difficult to predict ex ante.

This trend is particularly evident in the EU’s progress toward a European cross-border M&A market, which has hitherto been hindered by the existence of different national systems of takeover regulation and by the retention of costly structural and technical barriers to takeovers.  In this regard, the European Commission undertook recently a series regulatory actions aimed at creating favorable conditions for the emergence of a European market for corporate control in Europe.  Of particular importance is the introduction of the “Takeover Directive” for European companies, which seeks to harmonize different national takeover laws through consistent takeover rules across the EU for the conduct of takeover bids with provisions such as a new mandatory bid rule, and a prohibition against defensive measures initiated by the management board.  Although the European Commission drafted a first proposal for a Takeover Directive in 1985, the Directive was finally approved and adopted in 2003.

A directive is a legislative act of the European Union that requires member states to achieve a particular result without dictating the means of achieving that result. Thus, directives normally leave member states with a certain amount of leeway as to the exact policies to be adopted. Additionally, the Takeover Directive made all of the provisions that may be controversial merely optional for member states, allowing them to maintain existing practices according to their national legislation. Thus, it was difficult to determine with great certainty in 2003 exactly how individual countries would implement the Directive.  Even today, while the general impression of managers and policy makers is that the Directive on Takeovers has led to an increase in harmonization within Europe in corporate practice and regulations, national policies are still maintained to varying degrees in European states, contributing to on-going institutional complexity.

Why should firms care?
The lesson from the Takeover Directive is that even efforts taken by governments to reduce regulatory uncertainty and complexity can generate fresh sources of uncertainty for multinational firms.  Therefore, managers of MNEs must continue to think carefully about how decisions regarding location and governance structure will enable them to make the most of favorable investment policy environments, while also managing policy uncertainty effectively, and meeting the challenges of operating in foreign markets.