Numerous trial and error cases have shown that, when properly managed, these new technologies enhance creativity in the organization 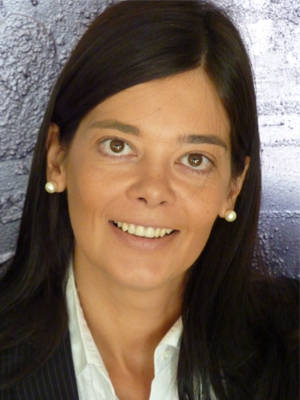 Silvia Leal is T. I. S. professor and director of the Executive I.T. Program at IE Business School

The Power of Information Technologies and Innovation
Over the last decades, markets have seen dramatic changes in the rules of the game. Information, know-how, and new technologies have gained in relevance as never seen before. In fact, they have radically modified the working mechanisms of the business fabric.

According to the American Association for the Advancement of Science (AAAS) in the US, more than 50% of the growth rate in GDP and 66% of a country’s productivity increase during the last 50 years has been thanks to innovation and Information Technologies (IT). In Europe the statistics are very similar. According to the European Commission, these factors have led to 25% of the growth rate in GDP and 40% increase in productivity between 1995 and 2007 (up to the financial crisis).

Numerous trial and error cases have shown that, when properly managed, these new technologies enhance creativity in the organization. As a result, new products, services, and business models are generated, influencing competitive strategy to a more proactive stance in the market. However, there is no consensus about the best model to manage the process, and the elements that should be included.

Innovation Management: A three dimensions model.
By trying to innovate, individuals identify successful applications of IT that may optimize organizational processes or generate new products and business models. Continuous IT innovation is essential for swift organizational responses to changing environment demands. Due to the extensive literature but also the lack of consensus on the factors directly affecting the innovation process, I have conducted a four-years research at IE Business School to propose a three dimensions model for IT innovation management. This theoretical model and its predictions were empirically supported via a field study of 265 middle managers.

I have developed a new integrative model that incorporates the most important research findings previously published on the IT innovation process. This model measures and predicts the impact of an individual´s creative identity on the process.

Furthermore, I have analyzed the influence of individual factors such as creativity, optimism, self-esteem, self-efficacy, risk-aversion, and goals orientation. Second, I have included the organizational dimension to reflect influences such as innovation culture, technological culture, work environment, management practices or resources. However, one of the main contributions in my research has been the focus on the motivation process, the intrinsic biological engine that moves an individual to act and to try to innovate. This model provides a useful and holistic framework for measuring, understanding, influencing and predicting employee behavior in trying to innovate.

According to the study, creativity and motivation are the most important influencers for the male group. Furthermore, they predict more than 40 percent of innovative behavior. However, in the female subgroup, the process is determined and predicted by self-esteem, resources, and expectations. These results suggest the existence of important gender differences around the innovation process that require special tailor-made measures, to maximize the potential creativity available in the organization. Many different reasons have been argued to justify the existing gender differences around the innovation process. For instance, researchers have often suggested that social stereotypes and expectations have a direct and strong influence on how men and women behave at the workplace.

These findings indicate that organizations need to re-think and re-focus their interventions more strongly on the individual´s creative identity and motivation in order to foster the IT innovation process. They need to shift their focus and take into account the existing gender differences. In a few words, according to my research, innovation is a “human process,” and companies should focus their attention on the biological intrinsic motivators to naturally trigger the process more efficiently and strongly. Additionally, gender differences have to be correctly understood and managed, so that organizations can establish measures to maximize the potential creativity available in each organization.

Silvia Leal is T. I. S. professor and director of the Executive I.T. Program at IE Business School.

Tweets by @forbes_india
Shaping India's Future: Democracy, Capitalism, Government
Podcast: What No One Is Telling You About FDI In Retail