The Chemical Spillover Effect: Who Is Punished After An Environmental Catastrophe? 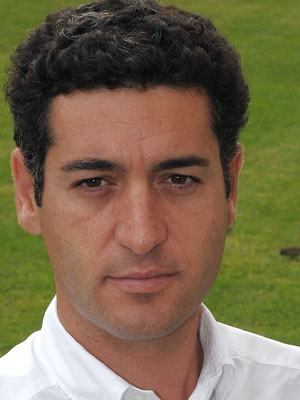 The extent to which a firm’s activities impact the natural environment is an increasingly relevant topic in today’s managerial life. Failing to demonstrate a responsible and friendly attitude towards the natural environment may lead to strong negative consequences for a firm’s financial performance. Hundreds of examples in business press and general media are proof of the harshness with which powerful stakeholders punish firms that misbehave from an environmental standpoint. For example, BP’s recent disaster in the Gulf of Mexico caused the company more than 50% of its market capitalization. These catastrophes do not vanish quickly, but on the contrary stay in people’s minds for many years. The leakage of methyl isocyanate –a highly toxic gas– in a Union Carbide’s facility in Bhopal, India, that killed more than 3,000 people in 1984 still remains present in our memories.

Many scholars have explored the degree with which misbehaving companies are punished by different types of environmental stakeholders (regulatory agencies, environmental non-governmental organizations –ENGOs–…etc). There is abundant evidence showing how those firms who are responsible for environmental catastrophes often receive punishments that translate into stock market losses which exceed the amount of the fines received. Yet, the reasons why ‘innocent’ firms are also punished after somebody else’s mistake is a phenomenon that has received much less attention and is less well understood. After an environmental accident with a specific toxic chemical, not only the responsible firm is punished, but so are other firms that deal with the same toxic compound, even though they bore no responsibility in that given accident. For instance, after the Bhopal catastrophe, many other chemical manufacturing companies –who also dealt with the same toxic gas– received some sort of added pressure, driving what some observers described at that time as ‘chemophobia’. It is quite likely that some other firms in the chemical industry were not behaving ideally from an environmentally point of view, and some of those punishments, one could argue, were well deserved to some degree; however, the punishments administered were too broad in nature and did not discriminate between good and bad behaving chemical firms.
In a research project I’m developing with professor Nandini Rajagopalan from the University of Southern California, we explore the nature of these punishments, and the reasons why ‘innocent’ firms are sometimes punished for others’ misbehavior. It appears that stakeholders administer broad punishments to users of common toxic compounds because, as external observers, they have imperfect information about the actual behavior of individual firms when handling specific toxic compounds. If stakeholders were able to determine the real harm of the accident, and perfectly identify whether other users of such toxic compound (i.e. ‘innocent’ firms) are environmentally efficient and responsible when handling such chemical, broad punishment to ‘innocent’ users of that toxic chemical would not take place. Yet, under imperfect information, a crisis stemming from actions of one firm with a specific toxic compound seems to cause stakeholders to update their beliefs about these issues, and thus about the environmental behavior of all other firms handling this same toxic chemical.

This logic can be easily observed in the events following the catastrophe in Bhopal. Taken-for-granted beliefs that observers had about the toxic chemical involved in the accident (i.e. methyl isocyanate), as well as how the firms handled such toxic compound, were deeply challenged. These updates triggered a reaction of stakeholders and investors that had a negative impact on the stock prices of ‘innocent’ and responsible handlers of methyl isocyanate.

Our main analysis reveals that ‘guilty’ companies experienced, on average, markets losses of about 4% in the first couple of days after an environmental accident; while ‘innocent’ firms that used the same toxic chemical experienced an average market loss of about 2%. It is important to note that we found a very high degree of heterogeneity in our sample, with some specific events triggering relatively greater market reactions than others. Specifically, our research suggests that those toxic chemicals that were perceived ex-ante as highly illegitimate are the ones that trigger a more aggressive stock market reaction (loses went over 10% of the firm’s market value). Interestingly, accidents involving chemical compounds that had, ex-ante, a strong presence in the media and were targets of ENGO’s activism are the ones that generated a greater punishment to ‘innocent’ firms. For instance, market reactions to accidents involving PCBs (Polychlorinated Biphenyls), become greater after ENGO’s activism in the early 2000s (see www.greenpeace.org for several examples).

The fact that stock markets punish ‘innocent’ firms for others’ mistakes has important harmful consequences, namely, that firms face suboptimal incentives when it comes to how responsible they should be with the natural environment. Ideally, we want a system that punishes ‘bad’ behaviors and rewards the ‘good’ ones. Yet, the actual system seems to be quite arbitrary and does not always target at the worse behavior, thereby creating negative externalities which reduce firms’ individual incentives to become more responsible with the natural environment. More importantly, our findings show that the magnitude and breadth of the punishments are not necessarily correlated with the actual toxicity of the chemicals involved in those accidents, but more tightly to the perception of illegitimacy that such chemical compounds have among environmental stakeholders. Some chemical compounds are, in some periods of time, perceived as especially illegitimate even though they are not the most toxic ones. For example, repeated demands to reduce greenhouse gas emissions have made this topic highly salient nowadays, and emissions of CO2 and similar greenhouse gases receive deeper scrutiny and trigger more aggressive reactions than misbehavior involving more dangerous but less visible toxic compounds.

In sum, our research suggests that some ‘innocent’ companies are punished after environmental catastrophes. This punishment to ‘innocent’ firms is amplified when the toxic chemical is perceived, ex-ante, as highly illegitimate. Yet, punishments are not necessarily worse for those accidents involving the most toxic and dangerous compounds. This is consistent with the assumption that ENGOs and other powerful stakeholders attempt to provide the broadest type of punishment, and to focus their efforts and activism on events that will allow them to capture the greatest amount of attention. Even though this creates, at least up to some extent, incentives for firms to avoid environmental accidents, this system is not perfect. It does not discriminate between good and bad behavior. Moreover, it does not motivate firms to improve their engagement with the most dangerous and toxic compounds, but with the most illegitimate ones instead. Hence, if we want to provide firms with a set of rules that clearly shape their motivation and behavior in the right direction, ENGOs and other stakeholders must change their approach.

Tweets by @forbes_india
Sanjay Nayak: A Plurality of Ideas
John le Carre Has A Spy for All Seasons