The Influence Of Social Networks On Outsourcing Longevity 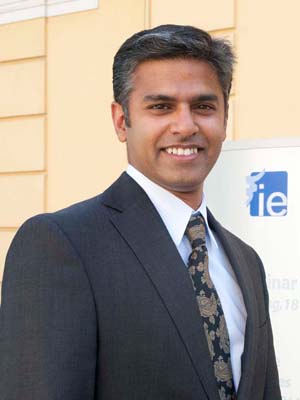 A few months before Zurich Financial Services signed a ten and a half year datacenter outsourcing deal, IBM signed a similar contract with Del Monte for five years and with QBE Group in Australia for three years. But, annuity based outsourcing arrangements are based on the premise that a service provider is assigned the task of meeting their service requirements year after year. As long as the service delivery is satisfactory, the contract is extended and when it is not, the contract is terminated. Then, why do different firms contract the same service for different durations? What determines the initial contract duration?

For vendors, the promise of long-term revenues offered by longer contracts are attractive. Similarly, clients are likely to benefit from longer contracts since a reduction in repeated and costly haggling lowers their total cost of contracting.  However, both sides are likely to fear high switching costs in the event that the relationship sours. Therefore, the initial contract duration reflects a level of trust between both client and vendor: an indication of how both parties are willing to be locked into a relationship in which they expect the other to not behave opportunistically. While the rationale is straightforward, a method to measure this attribute of a potential partner has yet been elusive.

A firm’s social capital offers a likely measure of its trust worthiness. Social capital, or the quantum of social ties one possesses, has been linked to various social phenomena like influence, status, power, and reputation. Celebrity endorsements and the Oprah effect are testimony to the role of social capital on influence. When Oprah announces to her few million fans that she likes Garrett Popcorn, those few million demonstrate their trust in Oprah´s taste by buying some themselves. The flip side is that Oprah’s every action is subject to scrutiny by the few millions. In an organizational context, a firm that has greater social capital is subject to similar scrutiny by a larger set of current and potential partners. Thus, a firm that has acquired social capital through repeated ties in a network of organizations is likely to safeguard its investment through ‘good’ behavior.

Along with researchers at University of California, Irvine and Carnegie Mellon University, I study a set of over 2000 outsourcing arrangements to test the validity of this hypothesis. I create a network of outsourcing clients and vendors tied to each other through the presence of a publicly announced outsourcing contract. This network models the outsourcing industry landscape over the period 1994 to 2004.

In this model one can observe the individual firms, their trading partners, their partners’ partners, and so on. The number of trading partners each firm has provides one measure of social capital called ‘centrality’. However, the model also allows for qualifying this measure by adding a weight to each connection, based on how ‘central’ their trading partners themselves are. Essentially, this technique is similar to the PageRank formula based on which Google decides the value of a page in its search engine results page. Google assigns a greater value to those pages that are referred to by pages of higher value themselves. In our context, we imagine that the firm that is connected to other firms that are more central is likely to be even more careful of safeguarding its social capital for fear that its reputation would be tarnished among the more central firms in the network. Thus we now have two measures of social capital; the first is a measure of quantity of organizational partners a firm possesses and the second a measure of quality of the firm’s partners.

We find that the quality of the trading partners appears to be more influential than the quantity of partners a firm possesses. This is significant when you consider that often vendor selection relies on the vendors ‘experience’ measured in terms of how many clients the vendor has serviced.  Instead, it turns out that vendors who have serviced more central clients tend to win longer contracts.

If social capital is only capturing how trustable a firm is, why not just use rankings published by industry analysts? The challenge with relying on reputation based on industry rankings is that ranking criteria are seldom transparent and, more importantly, no information is available for those firms that are not featured in the ranking. For evaluating the vast majority of vendors that do not feature in some “Top 10” there exists no measure of reputation that can help a sourcing manager.

When the total contract value is small, the decision process may not be very elaborate. However for larger deals, contract negotiation is a significantly large hidden cost to the total cost of outsourcing. And large deals amount to a significant portion of the total industry revenue. Of the worldwide outsourcing revenue over $80 billion dollars worth came from contracts over $25 million each (source: TPI Index 4Q2009). Coupled with the often-cited statistic that close to 50% of outsourcing projects fail to deliver the expected value, the industry wide cost of contract renegotiation alone can consume a sizable portion of the savings offered by the outsourcing model.

In this scenario, it is undoubtedly beneficial for a sourcing manager to have a single statistic that provides greater assurance when signing a longer term contract. Even without undertaking this mathematical procedure of building an entire network, she can make a more informed decision by studying who the vendor has partnered with in the past, rather than how many contracts it has managed. This metric is heartening for the younger and smaller vendors that lack a rich track record with multiple clients. A focused strategy of targeting central clients is likely to pay off more than a mass market strategy aimed at merely accumulating clients. From a business value perspective, focusing on strategies to enter into longer outsourcing contracts allows both sides to truly realize the value in the outsourcing model.

Tweets by @forbes_india
Nuggets: Best of IFA Berlin, a Book on Indian Women and the latest Porsche
Leaders And Challenges