The Ins And Outs Of Using Real Options In Corporate Investments 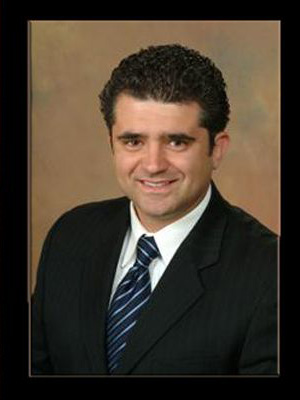 The most ideal way for firms to pursue corporate growth has long been of interest to executives, business consultants, and researchers alike.  And, although no true consensus exists, the adoption of “real options” as a tool to stage a firm’s investments over time has proven to be successful.

Perhaps the best way to illustrate how real options function is by way of an example: Let us assume that company A is interested in acquiring company B, because the latter holds capabilities that would enhance company A’s competitive advantage. However, these capabilities are not yet fully developed and a few kinks must be sorted out before they are ready to be operational. Rather than buying company B straight away, company A may opt to enter into a joint venture with company B. At that time, company A could also obtain the right to buy out company B at a set price, once the uncertainty surrounding the investment is cleared. The advantages of this tactic are twofold:  First, the initial investment is scaled down, which reduces exit costs if company B fails to deliver on its promises. Second, should company B succeed in its endeavors, company A will be able to buy it out at the agreed price with no residual risk.

This example demonstrates that real options are useful when there is uncertainty regarding the future of an investment. Under these circumstances, managers should seek preliminary cooperative agreements with targeted partners and then decide how to proceed – i.e., whether to abandon, stay the course, or double down – once more information becomes available to them.

One does not have to look far to observe the implementation of real options. For instance, Motorola has a business-unit, Motorola Mobility Ventures, dedicated to finding innovative companies with which to form strategic alliances. The target companies must operate in Telecommunications, Digital Media & Entertainment, or Information Technology (IT). Motorola Mobility Ventures typically acquires only about five percent of the companies in its VC portfolio. It nurtures them and helps them to fully develop their potential. These joint ventures are seen as an initial step toward a more intensive collaboration which allows either company to advance its knowledge while splitting the high costs inherent in the R&D process. After an “incubation period,” Motorola assesses whether to acquire the ally or to sell it.  For example, Orthogon Systems was fully acquired by Motorola in 2006 and Cedar Point Communications was sold to Genband in 2011.

As another example of the application of real options, resource-rich Russia has received investments from multinationals, since reforming its foreign direct investment policy, such as British Petroleum of the United Kingdom and Shell of the United States. However, although these companies hold the required knowledge and capital to operate independently in Russia, the extreme political risk of the country has caused them to prefer cooperative agreements with state-owned Roseneft and Gazprom over wholly-owned operations. In 2006, Shell was forced to hand over its controlling stake in a liquefied gas project to Gazprom and the agreement between BP and Rosfnet broke down. Therefore, while political forces ultimately pushed both BP and Shell out of Russia, the two companies were able to limit their losses by staging their investments in the country.

These examples highlight the distinct advantages of a real-option based approach to corporate investments. Yet, in a research project that is being developed through a collaboration between IE Business School in Madrid, Spain and the University of Texas at Dallas, in the United States, we study the use of staged investments à la real options as precursors to Mergers and Acquisitions (M&A). We examine a very large dataset of 24,440 global acquisitions in 140 countries during the 16 years between 1995 and 2010 and find that firms executed acquisitions through staged investments in only 1.2 percent of all deals. This suggests that acquirers rarely follow a real option approach before they go on to buy their targets. But then why such dismal numbers despite the stated benefits of real options? 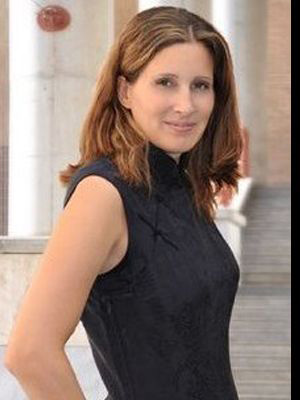 Caterina Moschieri Professor or Strategic Management at IE Business School
To the extent that real options attempt to mimic the advantages of financial options, one should consider how appropriate the parallel between financial and real assets truly is. Our study uncovers a number of faults in this comparison. First, financial options depend upon an underlying security whose value can be easily tracked over time through equity markets.  With real options this feature simply does not hold, as the sources of variance are manifold and far more difficult to track. Second, companies pursue M&A for the purpose of creating synergies that would be unavailable if buyers and sellers did not integrate. Thus the value of the target cannot be determined in isolation, as with financial options, but must be arrived at through the evaluations of the synergetic potential of the transaction. In turn, this point complicates the process of establishing an agreeable strike price for the real option embedded in a deal. Third, the flexibility to abandon a poor investment is often described as one of the most important advantages of real options. This flexibility rests on the assumption that the asset to be abandoned is highly liquid (as in the case of most financial options). However, real assets are seldom as liquid as financial ones. As a result, it may be much more difficult for a firm to abandon its initial investment at a fair price than it would be for financial option holders to liquidate their positions. Finally, when a firm chooses to enter into joint ventures as precursors to M&A, it may create a situation in which the incentives of the partner’s managers change in unexpected ways. For example, these managers may maximize the likelihood of their short-term gains and forgo decisions that could be in the long-term interest of their future acquirers. In turn, this behavior might artificially affect the value of the joint venture and cause acquirers to make additional investment decisions based on incomplete information.

The logic laid out above should not be interpreted as a prescription to avoid real options. Rather, our study merely raises awareness of some pitfalls of this investment approach. Likewise, the fact that there is such scant use of real options leading to M&A should not suggest that staging acquisitions is a losing proposition unconditionally. In fact, our research shows that this investment approach is used far more in cross-industry deals, in the acquisition of R&D intensive firms and in the utilities industry – the case of mining resonates, it requires substantial upfront capital and it holds a great deal of uncertainty. Therefore, it would be unwise to discount the usefulness of real options as a tool to mitigate the hazards of corporate investments. It would be equally imprudent for managers to fail to understand the circumstances in which this approach can yield optimal results and when it should be shunned.