The Limits Of Growth, Revisited – An Operational Perspective

Can we keep growing indefinitely? 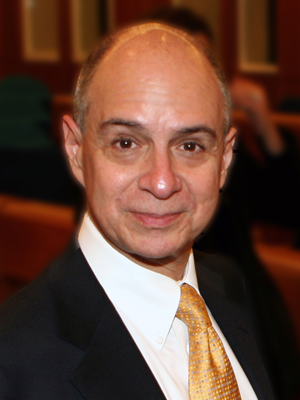 Almost 40 years ago, The Club of Rome, a global think-tank, published The Limits of Growth, a study that, using Jay Forrester simulation techniques, addressed a question that may now be coming of age: can we keep growing indefinitely?

We believe that The Club of Rome prophesies may be closer than we think. Two main arguments sustain this affirmation. One is related to the growing scarcity of jobs in the West (taken broadly as the USA, Canada, Western Europe and Japan); the second is related to a global scarcity of resources, driven by global growth.

We argue that the West is suffering a structural destruction of employment, a situation akin to a perfect storm of the unemployment.  This is produced by systematic increases in productivity, that have historically displaced labor from the primary sector of the economy (agriculture, mining) to the secondary sector (manufacturing), and then again to the tertiary sector, services. But the service economy is undergoing now the same process of increased productivity due to technological innovations (e.g., on-line banking, ATM machines, self-services) that eliminate jobs. The European commission supports the idea of a fourth sector of the economy, the knowledge economy; but where a majority of the workers lacking higher qualifications will be excluded.

A second factor in the destruction of employment is off-shoring, the movement of jobs from developed countries to developing countries with lower labor costs. In Spain, for example, over 15,000 jobs in the textile sector were lost just in 2004 due to the explosive growth in cheap imports from China, forcing more than 400 companies to close that year. A third element in this perfect storm of unemployment is the displacement of jobs to small and medium enterprises (SME), consequence of mergers and acquisitions in large companies. SME, constituting over 99% of all European companies and generating close to 70% of all jobs are more fragile than large companies, as they lack the protection of scale economies. These three factors translate in unemployment levels close to 10% in the USA and Western Europe (and over 20% in Spain), level which arguably could generate social unrest and in consequence populist governments that may be tempted to turn their backs to globalization and free trade.


Paradoxically, this situation of structural unemployment in the West is exacerbated by a situation of diminishing labor resources: an aging population, particularly in Europe and Japan, means less people of working age sustaining an ever increasing retired population. Limitations to natural resources and environmental issues are also readily apparent, as witnessed by the scarcity of titanium in aerospace applications, or of rare earth for electronic production. Scarcity of resources is further complicated by what Jared Diamond calls the 32 factor: the difference in the rate of consumption of the USA and the less developed countries. If, by some magical device, all countries in the world could have the same level of resources utilization that the western countries enjoy, the equivalent world population will be close to 100 billion. And naturally, emerging countries aspire, and have the right, to elevate their standards of living. Further, some are already claiming their place under the sun: China is investing over 100 billion dollars in Latin America (and more in Africa), assuring supplies of basic commodities. The understandable aspiration of emerging countries to raise consumption combined with a situation of current scarcity of resources posses formidable problems that require immediate attention.

When looking for answers to it is useful to note the phenomenon of commoditization, i.e., aging products and services forced to compete on price, and which production is increasingly the domain of developing countries (“the East”). The well-known life cycle curve shows that products and services go through four main stages in their life cycle: introduction, growth, maturity and decline. Products in the first and second stages compete on differentiation (innovation, perceived quality, speed to market), while those in the third and fourth stages do so on price. Over their life cycle, all products and services evolve naturally to price-base competition, evidence of which can be found in the critical automobile sector, in which suppliers to the auto-makers are pressured to reduce prices systematically; and in such iconic brands as Rover, Jaguar and Volvo being lost to the East.

We can now propose three possible generic strategies in response to these issues: i) Avoid commoditization; ii) Rethink off-shoring, and iii) Improve processes for efficiency gains.

Commoditization avoidance can be illustrated by two emerging trends in the auto-sector: substituting existing (and very mature) technology for new ones where the West can still have an edge (i.e., electric, hybrids and hydrogen cars); and servitization, the bundling of mature products with associated services or products. This last trend, implicit in the practice of renting and leasing vehicles, has been extensively exploited by such companies as Starbucks, GE and IBM, that currently see the majority of their sales, or the justification for charging higher prices, in services associated to their products.

Offshoring is usually justified by lower labor costs and related advantages. However close networks may have non-tangible advantages that in some cases will result in lower total costs than traditional global networks, as labor costs are not the only important parameter when making the business case for off-shoring. In certain cases off-shoring may make less sense than other options such as onshore, near-shoring or proximity networks in terms of response time, flexibility, logistics costs and supply chain risks. Zara, the flagship company of the Inditex group is a well-known example of a company that consists of a network of producers in a concentrated area (Northern Spain), allowing the company to respond quicker and more flexibly than its competitors. The maquiladoras in Mexico and Central America that serve the North America market are yet another example of proximity networks. In an example of a reversed off-shoring decision, Arinso, a Human Resources service company, relocated their EMEA service hub, originally located in Poland, to Granada, Spain, where the advantages of lower employee rotation and know-how more than offset higher labor cost.

Finally efficiency improvement is always possible even in mature sectors. In health-care, where costs in Western Europe are approaching 10% of the GDP and are almost twice that figure in the USA (where it has been predicted to reach 100% by the year 2065 if the trend continue), looking for efficiency improvement is an acute issue. Clues can be found in an Indian non-for profit health-care organization, Aravind, the largest eye-healthcare provider in the world with over 200.000 operations performed per year, supported with an average income of USA $40 from one third of patients who can afford it (the rest are treated for free). The keys to its high efficiency can be found in practices of early triage, which separates flows of patients with homogeneous characteristics to which grass-root lean processes can be applied; and in a networked organization that facilitates outreaching, field triage and support activities. Another example of improvements in efficiency can be found in network optimization. CHEP, the world leader in the renting of pallets has performed in Europe the simultaneous reengineering of its organization, systems and physical network, to successfully offset high operational costs driven by sales increases in their previously country-based, atomized, network. A final example is the base of United Nations for Humanitarian relief operations in Southern Italy, that adapts military and civilian practices (such as kitting and fast deployment practices) to combine fast reaction to emergencies and cost containment.

We may be reaching a point where the illusion of each new generation enjoying higher standards of living, and of a fairer distribution of wealth among all nations, cannot be sustained. While it is possible to find solutions in technology, strategy and better operations, these are acute issues that will require of attention in the coming years.