A caged university cannot sing: On freedom in academics and research

Universities nurture our youth and need to be free open spaces that encourage critical thinking. Intimidation and other kinds of pressure on the academic community does not augur well for our democracy 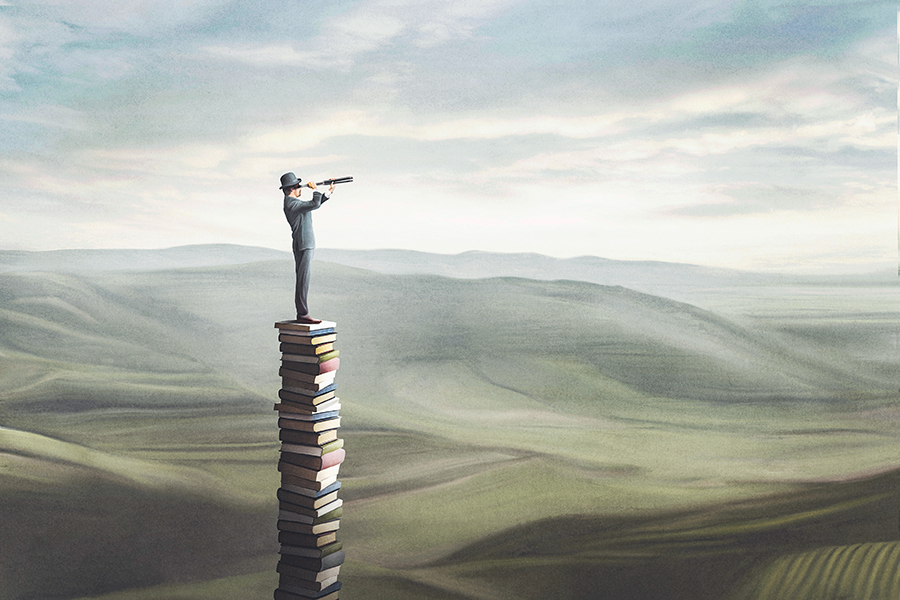 Research involves the ability to think freely – essential to this process are any ‘freedoms’. Freedom to interrogate the established body of knowledge, freedom to choose a line of enquiry, freedom to critique, freedom to be non-conformist and yet not be alienated from society, freedom to collaborate… and so on. I have but enumerated a few freedoms; surely there are other ‘freedoms’.

But these, to my mind, are the most critical aspects of research and thus, most feared by political establishments. Research of this nature can only take place within the space of a university – a space, where ideally, inquisitiveness, and non-conformism could be a badge of honour.

Another reason why universities are crucial in fostering research is that they are crucibles of the future. Young minds are shaped through open dialogues, rigorous scholarship, and exposure to wide ranging thought and perspectives. Universities offer a space to be imaginative and bold before being the mind is claimed by adulthood and its attendant responsibilities and fears. Such a space is, of course, anathema to most, if not all political establishments.

Authoritarian regimes are beautifully captured by George Orwell in his dystopian and eerily prescient ‘1984’. To control the mind, one needs a single narrative. Thus, the university, where multiple narratives are the norm, feels the dark shadow of the state looming over them all too often. I will draw upon examples from the Indian context to illustrate how many freedoms are being compromised – all of which explicitly or implicitly strangle free thinking, and the development of critical thinking challenging power structures that are needed in any democracy.

In 2016, the Gujarat government came up with a list of 82 topics for PhD theses. I am not sure what happens if a student wants to go outside of this list. More recently, in January 2021, the central government said all public universities would require government permission to hold online sessions that deal with India’s ‘internal matters’. But this order was thankfully withdrawn due to pressure from the academic community.

Scholars are penalised for their political views, particularly if these are critical of the establishment. Eminent historian and Gandhian scholar, Ramchandra Guha, was prevented from joining Ahmedabad University as a Chair professor and the director of the Gandhi Winter School. Although no reason was given, there was apparently huge political pressure on the university as Guha has been a stringent critic of the ruling party. Similarly, Pratap Bhanu Mehta, a renowned political scientist resigned from Ashoka University as he was becoming a political liability to the institution.

Of late, there are many demands of nationalism that are placed on citizens. Earlier this year, I was asked to report on how my research contributes to nation building. My response was that I did not quite understand the term and I needed help with its meaning. Should there be agreement on what nation building means?

Holding power to account, in my view, is integral to nation building, but it is not palatable to all. Even as it is not clear what nation building means, anyone voicing opinions that run counter to the narrative of the state or criticise the state are dubbed as ‘anti-nationals’. Critiquing policies of the government and vocalising dissent can invite trouble and the heavy arm of the state, as was seen with student protestors in several universities last year during the CAA protests.

A successful PhD thesis from my sister institution, the Indian Institute of Management Ahmedabad, drew the ire of the Ministry of Higher Education who wanted it re-examined by external experts. Why? Because the thesis described two political parties as ‘ethnically constituted’. Fortunately, the head of the institution stood up for the PhD awarding process and did not give in to the request.

But this solo act of defiance provides cold comfort. It portends what university spaces will become (or have already become) – what if leaders do not show any spine, what if the new normal is that all research has to be vetted by some government body, what if only select ideas get funded? There are enough instances of university management being political appointees or having political sympathies with the ruling party.

The signals are many and ominous – that of the government keeping tabs, using the law and other institutions of the state to punish dissenters, pressuring university management not to tolerate or to identify ‘trouble makers’ – these intimidating tactics lead to self-censorship in the academic community.

Fear does not encourage free enquiry, heterodox thinking and research in uncharted territories. Students must have the freedom to challenge power structures (gender, class, caste and religion in the Indian context) in their work and within the classroom. Particularly affected are students and members of the academic community who are already battling entrenched power hierarchies.

The regulatory bodies are also failing academic communities. The main regulatory body for higher education in India, the University Grants Commission (UGC) is behaving like a marketing tool of the Prime Minister’s office. On the first day of vaccination of 18+ (June 21, 2021), the UGC requested all universities to put up banners thanking the PM for free vaccination. No banners questioning the PM or the government when India was in the grip of the deadly second wave. With such slavish attitudes, can we trust these authorities to be custodians of academic autonomy?

Turning our gaze inward, what is our responsibility as academics, given this state of affairs?

The author is associate professor, Centre for Public Policy at Indian Institute of Management Bangalore

Tweets by @forbesindia
World Photography Day: The keen eye
Is it goodbye for seasonal wardrobes?