The headlines are abuzz with a new scam — of some TV channels having allegedly falsified their viewership statistics, and the Mumbai police are investigating. You may be wondering what the big deal is. Here is a short explainer. 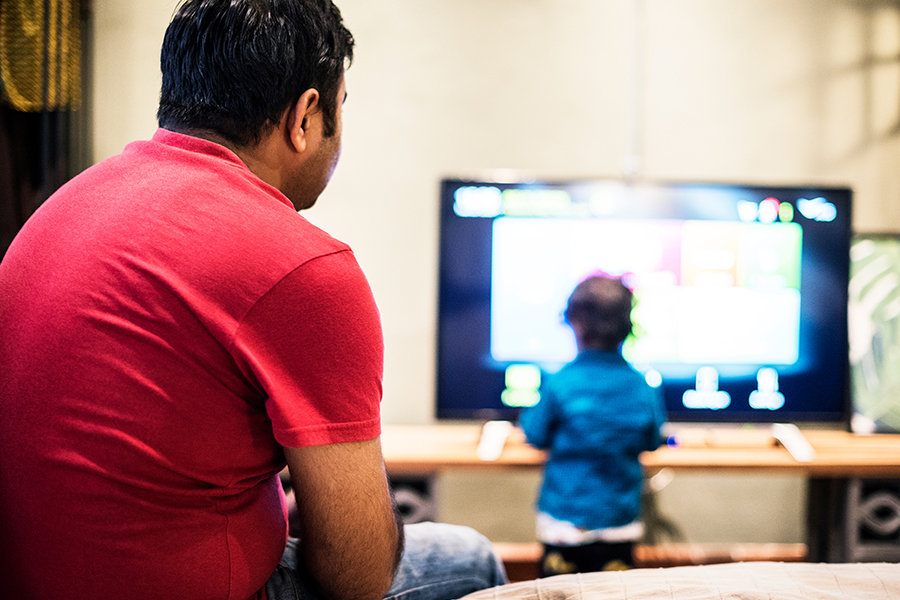 
Q. What is reach?
We all know that most TV channels run on advertising. Advertising itself runs on the idea that TV programs are watched by some people. Brands pay money to advertise during these programs, with the assumption that these people are then being exposed to their message. Advertisers call this viewership number as “reach” – and this determines how much money a channel can command for its ad slots.

Reach is not just for TV channels, but for any kind of media, be it newspapers, radio, social media, or simply standing in a town square and shouting.

Q. Is reach the only factor determining ad spend?
No. While reach is important, so are audience characteristics. You need to advertise to the audience you want! For example, if you run a restaurant in Mumbai, it may be counterproductive to advertise in a Bengali channel whose primary viewership resides far away, even though it may be watched by millions. Similarly, ads made in Odia may not be very useful if broadcast on a Tamil channel.

Q. Great, so this is straightforward. Just track the set top boxes of everyone and see what they are watching.
Hold on. Set top boxes are a new technology, while television rating points (TRPs) have been around for decades. Additionally, it is not clear if set top boxes can and should be recording everyone’s viewership habits. Would you be comfortable knowing that advertisers know everything about what you watch on TV?

Q. I thought those TV viewership statistics boasted about by each channel is accurate.
Read on. You will be surprised.

Q. So how is reach measured?
This is where it gets tricky. Advertisers and channels want data not just about reach, but also about viewer characteristics. For advertisers, it is about selecting the right channels, while for the channels themselves, it is about knowing how much they can charge for ads, as well as important feedback for efforts to attract more viewers.

India has about 245 million households and it is infeasible to track their viewing behavior. This is where specialized agencies come in – they create a sample of households across the country, and then take their consent to install trackers in their TV sets. This sample’s viewing behavior is then extrapolated to infer viewing patterns of the entire country.

Q. How is this sample determined?
Things get tricky now. For making well informed decisions, the sample must be large enough, so that statistical inference is valid. However, who constitutes the sample is also very important. Remember that there are hundreds of channels today in different genres, languages and even political slant. These are watched by households with different tastes, demographics, incomes, education levels and locations.

The simplest method of sampling is random sampling. Imagine if each household was a chit in a box and you picked 1,000 randomly. However, such sampling has its flaws. First, some homes will refuse to be tracked, which means you go on to others.  This introduces a bias already – households that refuse to be tracked may have some specific characteristics (e.g. maybe rich business families, owners of paying guest accommodations, etc. do not want to participate, meaning their viewing characteristics are now systematically lost). Second, you may be unable to reach remote areas. Third, and most importantly, if the size of the sample is small, you will always overrepresent some groups.

There are other sampling methods like stratified sampling, cluster sampling, etc., but each has its own pros and cons. Sampling is a complex branch of statistics and there is yet to be a clear consensus on what the ideal sampling scheme is. Unfortunately, we must make do with what we have.

Q. I have seen different channels all boast to be number one in a given segment, with wildly different statistics from different sources
This is an artifact of sampling. No sample is perfect and small samples tend to be widely different if done with different methodologies.

Q. What is the current controversy all about?
A major player in Indian TV ratings is the Broadcast Audience Research Council (BARC), an industry body whose data are used by many advertisers to determine ad budgets. They give not only reach estimates, but also viewer characteristics which are an industry norm deciding TV advertising budgets. BARC has a sample of 44,000 households across India where it installs proprietary trackers called BAR-o-meters in TV sets, with consent from these households. 2,000 of these are in Mumbai. Their viewing patterns are recorded to infer national viewing patterns of all of India.

Q. This seems vulnerable to fraud – can’t unscrupulous people bribe or coerce these homes to turn on a specific channel?
This is exactly what has allegedly happened. Thousands of crores of TV ad spend are decided by these 44,000 households. Which is why the identities of these households is a jealously guarded secret. BARC contracted the installation of its BAR-o-meters to another well known agency called Hansa research.

Hansa claims that its former employees may have leaked the identify of these households to certain unscrupulous elements. These people then have allegedly bribed these households to switch on specific channels, thus increasing their viewership. If this were true, it would mean that these channels have now fraudulently increased their reach, thus commanding higher ad revenues. Most brands have fixed ad budgets – so it means that not only have advertisers been misled, but also rival channels have lost out on precious income as a result. Several crores of rupees are at stake here.

Q. Is this a crime?
Potentially, but the burden of proof is on the complainants to show that there was intent to cheat, and that actual cheating has happened.

Q. I will just move all my ad spend to digital marketing then. Social media and web streaming can track ad reach far more effectively via big data and machine learning
There are several problems with that. First, we still know that large numbers of people watch TV. Would you really give up on those eyeballs completely? Second, online data is notoriously susceptible to fraud too. An entire industry of “click farms” gives you video views, likes, retweets and fake reviews for very cheap. The practice of influencer marketing is plagued with the fake follower problem. A recent investigation has uncovered botnets that have created sophisticated fake app users, and is siphoning off billions of ad spend. Machine learning researchers are playing an endless cat-and-mouse game with increasingly sophisticated digital marketing fraudsters. Third, the total reach of TV today may still be far more than any online medium.

That said, many TV channels are pushing their web streaming platforms quite aggressively. They can get paid subscriptions that makes them less reliant on advertising. If they do advertise, they can send ads tailormade for you – a feature that is not yet there in ordinary TV. However, regulators are wary of privacy issues, and targeted advertising will always be monitored and curtailed by watchdogs much more than TV advertising.

Q.That’s French for “the more it changes, the more it remains the same.”
There’s an old saying in the ad industry attributed to American retail pioneer John Wanamaker “I know that half my advertising is wasted, but I don’t know which half.” This captures the difficulty of advertisers almost century later as well.

Prithwiraj Mukherjee is Assistant Professor of Marketing at the Indian Institute of Management Bangalore. Views expressed are personal.

Tweets by @forbesindia
Spreading her roots in the Literary World â€“ Sunayana Khandelwal
Eric Behanzin: 12 Days that will change your life