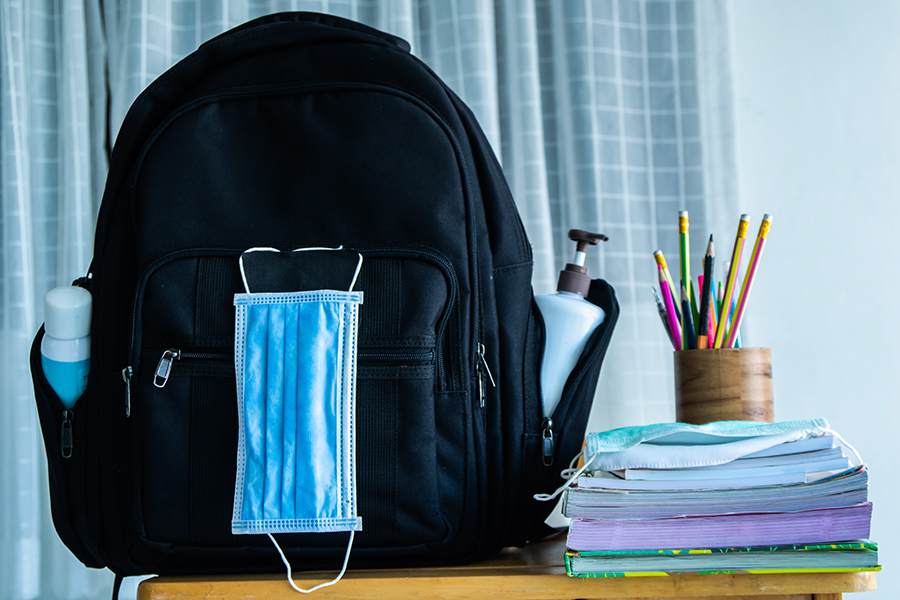 It was three in the afternoon—the summer of 2019, and the eighth floor of Geisel library in UC San Diego was jam packed with students and book lovers lazing around the newly-renovated floor that commanded spectacular views of the Pacific Ocean. This floor is a silent zone, and everyone had either plugged their ears with earpods or was mentally prepared to revel in this silence for the next few hours.

Suddenly there were angry voices and the doors to the elevator open and close. Someone started running, and in a matter of seconds, every person on that floor was either crouching under a table, hiding behind a pillar, or had opened the fire exit to stand on the staircase.

_RSSCommunication is a wonderful mechanism—it is evolutionary, sends signals to our brain to act upon a matter. Everyone followed the same non-verbal signals and waited with bated breath for that “shooter on campus” to appear around the corner. Fortunately, it was a false alarm.

Given the number of shootings at schools and universities in the US—it is now a mandatory drill to pre-empt such situations. Since most of the students in the library that day were under-grads in their late teens, they must have been through numerous rigorous drills in their schools as young children. This is Risk Communication at its most effective.

Circa November 2019, the news was streaming in from Wuhan about a contagious disease that soon became viral—not only on the internet but physically too. However, what is missing in this scenario is the standard operating procedures (SOP), protocols for the executive to follow (both government and health sector) and a behavioral response from the public that communicates that they are living through a pandemic. This exists in precise detail in developed nations. University websites go into great details on what to do and how to behave if a gunshot is heard on campus or if a gunman is spotted. The international community today is struggling to trace the origins of the virus, with reports trickling in every time there is a huge surge.

The Lancet, in a hard-hitting editorial, has called the second-wave that has besieged India causing 300,000 deaths (as on May 24, 2021) a ‘self-inflicted national catastrophe’. While there is no reason for India to pat itself on its back for navigating around the first wave in 2020, only to face a tsunami in 2021, a cause for concern is the lack of attention given to the following three procedures, even as a Black Fungus epidemic rages and threatens to become an ‘epidemic within a pandemic’.

Source tracking
Previous studies on epidemic outbreaks have revealed the importance of tracing the root cause of the outbreak. The present Mucormycosis epidemic has blown out of proportion and in a short span of a few months, India’s annual incidence of the disease has rocketed from a few hundred cases to over 15,000. While, in the developed countries, a few cases of Mucor reported in a short period of time were investigated to avoid a potential epidemic, it took our country a few months and over 15,000 cases to call it a notifiable disease. We are yet to initiate source tracking protocols to determine the source of the epidemic.

Communicating protocols
In previous outbreaks of H1N1 and SARS, studies document the significance of health communication in order to communicate the risk factors. The government wants the public to follow certain protocol to contain the situation and the media uses rhetorical devices to frame the narrative. Frames used range from that of panic and alarm to telling the public what to do and what not to do. Often, the lack of specialised journalism training (for example, a reporter covering health is neither a medical practitioner nor a microbiologist or scientist) and limited access to seeking expert opinion in the field, results in lack of depth and clarity in reporting.

Communicating health protocols requires consistent, clear and constant messaging. Often conflicting messages and use of alternative media such as digital, broadcast and instant messaging channels end up looking like a tangled web of networks with distorted signals emanating.

The central government last year gave media briefings every day through the Secretaries attached to Ministry of Home Affairs and Ministry of Health and Family Welfare, however, how much of what was disseminated was understood and processed by the media to further peel through the layers and lay it down in simple language for its readers?

Communication about outbreaks such as Black Fungus is also resulting in the pressing of the panic button without consulting the medical fraternity on its origins or formulating a basic hypothesis on what caused this.

Course correction
Instead of becoming overwhelmed by the case load and the innumerable scenarios associated with the pandemic, if we focus on altering the way we approach this pandemic by providing insights that are India-specific, region-specific we can turn this tsunami over. We require attention to minute details, documentation of medical case histories and more robust mechanisms of data collection to convey and communicate a strong resolve to fight this pandemic in smarter and more focused ways.