Bolstering (claiming credit), burying (suppressing information) or boosting (to gain credibility) is the kind of image management that is untimely and counterproductive during a crisis. 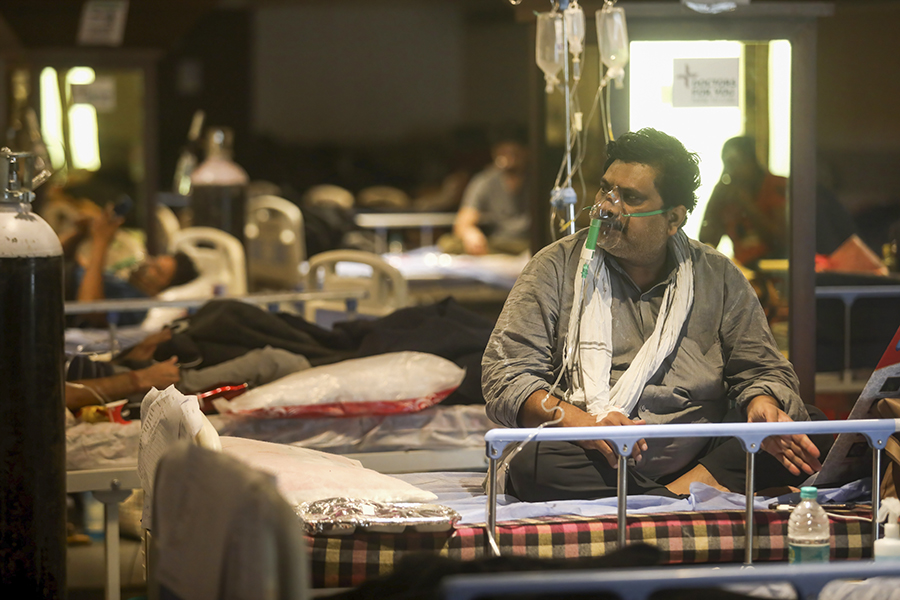 As the world looks on with bewilderment, India has become the saddest news story on Earth this past month. Those images of burning pyres, gasping patients and crying doctors, that made to the front pages of all top international publications and prime-time global TV news, belie the fact that India was a fast developing and prepared country. It is not just about how ready it was, but how insufficient were the resources to manage the Covid-19 catastrophe in the second most populous country of the world.

Amongst all the calls for help on social media and the press, what has also emerged is the human face of those who stand out and become saviors. Whether it is an individual who uses his entire savings to buy and supply Oxygen for the needy or a businessman who spends millions daily to support all the efforts to supply medicines to hospitals. There is no better time than a crisis to see the force of the human spirit in combating it. It is a time to generate goodwill and reputation that money can’t buy. It is also a time to lose hard-earned reputations and bear the brunt of people’s anger, sadness and, in some extreme cases—schadenfreude (drawing pleasure from the pain of others).

Crisis and reputation management
Crises have known to be a huge threat to organisational (or the country’s/ an individual’s) reputation. When the reputation is damaged, it can also affect how stakeholders then interact with the organisation and the reputational capital, built over years, can be lost.

All evidence in crisis communication literature points that the first priority in any crisis should be to protect more harm from happening as a result of the crisis event. It is not the right time to protect the reputation. People’s need for information is heightened, and regular, honest communication is far more desired than ever before.

The ethical response in the Covid-19 pandemic, for governments and authorities the world over, has to start with tackling the physical and psychological needs of the people. Once that is taken care of, only then the reputation mitigation should be addressed.

In contemporary social psychology, Weiner's (1995) Attribution Theory says that “the fundamental tendency of people is to seek explanations for events. Explanations serve to give meaning to events, to enable us to apportion praise or blame, and to predict the behavior of other people, and indeed of other events in our environment.” It suggests that attributions can guide punitive opinions and behaviours toward corporate actors.

This is evidently the behaviour on a majority of platforms by the public and the press. The government and authorities or state actors have to be aware that such a response of the public is expected and cannot be denied. However, instead of trying to do away with it, they have to employ all means of constructive communication and engagement rather than denial. Communication plays a crucial role in repairing and preventing the damage to the reputation.

Crisis-Porn
While there are many who criticise the response of the government and local authorities for Covid-19 response in India, there are some who feel that images of distraught people at hospitals or of busy crematoria are fodder for international media who sensationalise the tragedy. Some term it as crisis-porn which is a perverse pleasure in looking at others’ misery—schadenfreude.

However, some of the communication from officials may have led to an extreme response from the foreign press. Denial leads to more evidence being collected in the form of visuals or data. Bolstering (claiming credit), burying (suppressing information) or boosting (to gain credibility) is the kind of image management that is untimely and counterproductive.

When an international news channel host gets an Indian politician to answer questions about why Twitter has been asked to delete tweets critical of the government then, more than the content, the context comes into focus. Is that the right time to have a discussion on managing information on Twitter (which has less than three percent of India’s population) when the country is recording over 350,000 Covid cases a day?

Apologia—a frank expression of regret?
The public wants to hear ‘we are very concerned’. In classical rhetoric, communication is not just to persuade, but is also about changing people’s opinion about a crisis or an event via explanation. It can be a general expression of regret and remorse and often includes a request for forgiveness. These communication behaviours seek to explain what happened and improve, repair, or restore a damaged image or reputation.

In order to control the damage and deal with people’s anger and sadness, the authorities must start discourses in which some blame is taken to minimise damage. They could highlight the dreadful nature of the diseases, the highly infectious mutants and give out signals to the public that they are making amends. The perceived acceptance of responsibility for a crisis is embodied in the response.

The negative affects generated by the Covid-19 crisis will need an effective crisis response strategy to blunt the feelings of anger and helplessness. It may not be important to change the media’s frame of the crisis, but the public would be willing to listen and to be heard in this unprecedented crisis in living memory.

Tweets by @forbesindia
From ICU to tiffin service, this 25-year-old's Twitter search page collates real-time information on Covid-19 resources
A snapshot of the 12th Anniversary Special