As civilians step up to help others, IIM-Bangalore brings lessons from endurance athletes and prisoners of war on how doing good deeds can help us cope with the devastating crisis unfolding around us 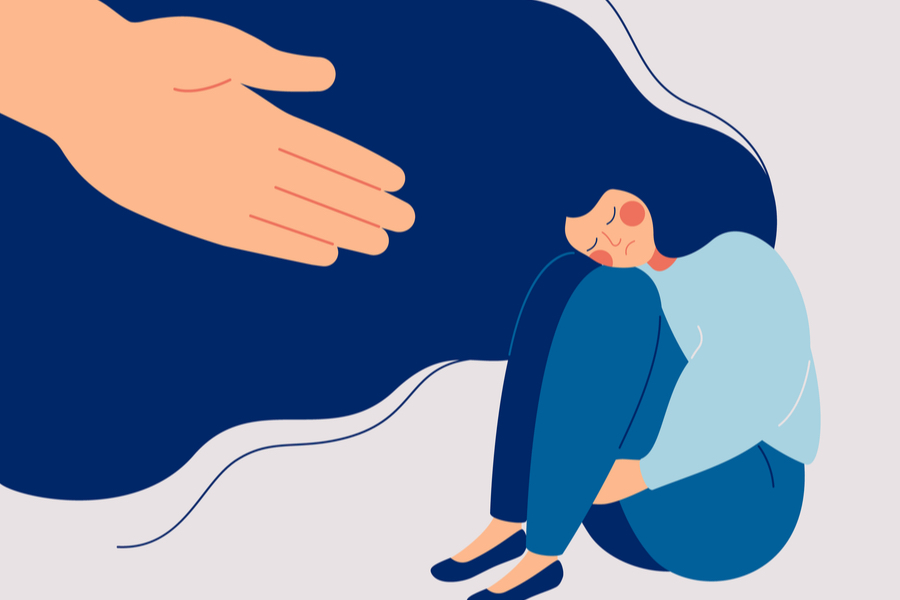 These are terrible times. Looking at the devastation all around caused by the coronavirus and our collective inability to prevent it from continuing unabated, many of us are getting severely depressed. In an effort to know how to deal with the present and develop resilience, I came across two lessons, one from a very unconventional source—endurance athletes and another from a conventional one—prisoners of war.

Can doing a good deed make you more resilient to deal with pain, misery and distress?  Kurt Gray, Professor at University of Maryland tried to find out whether doing a good deed made elite athletes perform better. And lo and behold! He actually found it to be so. Now there is a lot of published research that is statistically valid but does not make any sense—often the findings are outliers and do not hold true in subsequent research. I was about to dismiss this one to be one such case, when the explanation of the correlation, between doing a good deed and more endurance, caught my attention.

Mental strength or belief in oneself is a key weapon in the arsenal of endurance athletes and it has often been argued that endurance athletes give up mentally long before they reach the physical limits of their neuromuscular and cardiovascular systems. While physical limits cannot be wished away, a key aspect of training endurance athletes is developing the mental discipline to delay the urge to quit. Analysis into the mind of an endurance athlete reveals that at such moments when the athlete is planning to quit because of the perceived pain in the muscles or a sense of extreme fatigue, the athletes feel that they are not in control of themselves anymore but are victims of circumstances. Thus, instead of digging deep into their confidence and counting on the long hours of training that they have undergone, they start believing that circumstances around them are pulling them down, things are not going as they were expected to be and therefore, they have no other option but to surrender to their circumstances and give up. In other words, they stop having any agency, i.e., the confidence of doing something that can change things around, that can make things better. The researchers explained that when endurance athletes did a good deed, they developed agency, a confidence in their own ability to change things for the better, rather than accept what is going around and being a victim of it. This agency translates into greater self-belief when they reach their perceived physical limits, and they are therefore able to continue with their performance even if they may be feeling fatigued or breathless.

Most of us are in a state of despair and distress because of the pandemic. We see friends and family members falling ill all around us. Some of them have died because we have not been able to get them adequate medical care on time and we did not even have the opportunity to bid them farewell, be with family members or provided them the dignity of last rites. Under such situations, it is natural to feel like we are victims of our circumstances—things are happening to us and we can do nothing to prevent it. However, no matter how bad the circumstances are bad around us, such a feeling is going to make it even worse. We need to dig deep, like endurance athletes at the edge of their physical limits and continue. If we are able to discover the sense of agency within us, we will be able to sustain ourselves. And one way to do that is to do good deeds so that we can see ourselves being able to change our circumstances, even if incrementally, in small ways, and make a positive difference to people around us. Some of us are already involved in doing good for people and the society around us—we need to continue with them. Some of us can discover new ways of doing good. Under present circumstances, there are no dearth of situations and people needing help and we can make a lot of difference if each one of us commit to doing good deeds. While such good deeds will help others, it will also help us to become mentally stronger in dealing with distressing situations all around us. It will make us resilient.

Resilience brings us to another important dimension of dealing with distressing or seemingly hopeless situations. While positive thinking has often been found to be powerful in dealing with challenging situations, the reality seems to be more complex when it comes to resilience. To find out what made the difference between surviving a hopeless situation and not, researchers talked to war prisoners who made it out alive. They were asked if they thought there were any distinctive characteristics between people who were still alive after the war ended and those that had died in prisons under similar circumstances. Although such research suffers from survivor bias—literally and figuratively—as one is only talking to the survivors, they concluded that the difference was being realistic in one’s expectation. Survivors narrated that they never had unrealistic expectations about when they would be free because they realised that nobody had any idea. They accepted the harsh and tragic reality all around them, even considered the possibility that they would probably die in the prison but decided to make the most of whatever opportunity they had to help others, many of whom were on their death beds and going through inhuman sufferings. Being down to earth and realistic, they tried to find a different purpose to their existence.

On the other hand, there were prisoners who expected that they would get free soon—possibly by next Christmas, and kept themselves cheerful with such expectations. However, when Christmas came and went by without any change in their circumstances, they were so heartbroken and depressed that they lost all urge to live. Most of them did not live long after that. The research concludes that while it is necessary to be mentally positive, it does not help if such positive thinking leads to unrealistic expectations. While this particular research did not conclude anything about whether doing a good deed contributed to their resilience, it mentions that those who accepted reality focused on helping others in the prison, in order make best use of their time. It is possible that such acts of kindness also contributed to their resilience, as did their realism.

Thus, when the timelines are uncertain, as is our present situation, we should accept reality and not pin our hopes on things changing for the better soon. The reality is we do not know when or how this is going to end—so let us make the most of what we have within our control. There is no doubt that these are terrible times. But even in times such as these, we should not forget that we can make a positive difference to people around us and helping them will go a long way in giving us back our confidence to deal with the present and be resilient.