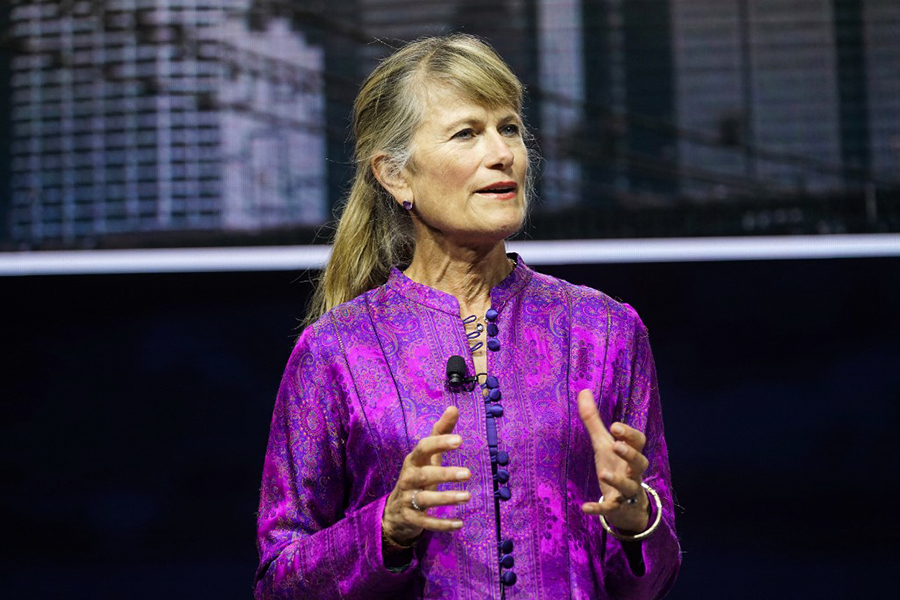 Jacqueline Novogratz has spent her life working to empower people around the world.

As founder and CEO of the impact-investing firm Acumen, Novogratz has helped bring affordable education, health care, clean water, energy and sanitation to more than 308 million people in nations such as Colombia, India and Pakistan.

Carving a career path
Although Novogratz is now a renowned social entrepreneur, it was actually her first job at a big Wall Street investment bank that defined her career path, she told Dean Bill Boulding of Duke University’s Fuqua School of Business.

She had taken the job right after graduating college at the behest of her parents, Novogratz said in her conversation with Boulding for Fuqua’s Distinguished Speakers Series.

“There were a number of experiences in my time [at that job] where I saw things that weren't good for the bank, and really struggled with whether I should say them out loud,” she said.

She didn’t quite fit in with the firm’s culture, her supervisor told her, and her ideas about lending to entrepreneurs in impoverished communities were not well received when the company was ‘bleeding cash.’

“He was like, ‘you’re No. 1 in terms of productivity, but you laugh too loudly, dress like Linda Ronstadt – a rock star at the time – and you’re telling me all these stories about the poor people. You have to make a decision,’” Novogratz recalled. “’Either you change and you become part of our culture or you should think about what else you might do.’”

Novogratz found herself at a personal reckoning: “That was a moment for me where I just realized if I changed to be part of the culture, I was going to change deeply who I was.”

Those experiences altered how she thought about poverty and how to help the world’s most vulnerable people.

Balancing humility & audacity
Boulding asked Novogratz what business schools could do to better prepare students to meet the challenges of the future. In business, those graduates will come upon opportunities to shape new initiatives and models for which there are no roadmaps, she said. In the absence of a map, “we need to be teaching and giving our students a compass,” Novogratz said.

“It has to be a moral compass, and we need a new set of skills and tools so that we can build on that compass,” she said. “It starts with redefining success away from money, power and fame, and that means we shouldn't just be putting on our lists of who is successful those who make the most money, but rather, those who make the most change.”

One of Acumen’s principles is balancing humility with audacity, which can be in conflict, Boulding noted. He asked Novogratz how business schools can teach students to find this balance.

“You know, the answer is we also have to practice listening,” Novogratz said. “I think that at business schools, we often get good at speaking and speaking with authority and a sense of certainty, and I think we can do a better job at teaching listening.”

In light of her achievements, Boulding noted that to many young people around the world, Novogratz is a hero.

“It’s funny, you know,” Novogratz said. “I’m thinking so much about heroes, and we don't need more heroes; we need a million heroic acts.”

Tweets by @forbes_india
To be tracked or not? Apple is now giving us the choice
How Apple's new data privacy feature will give more control to users