There is a need to revisit some of our core assumptions about business, economy, and work. Find a new way of thinking about how we design and run organisations, and organise the economy in the 21st century, such that the human experience, voice, and empathy is at the centre

By Vikram Kohli and Prateek Raj 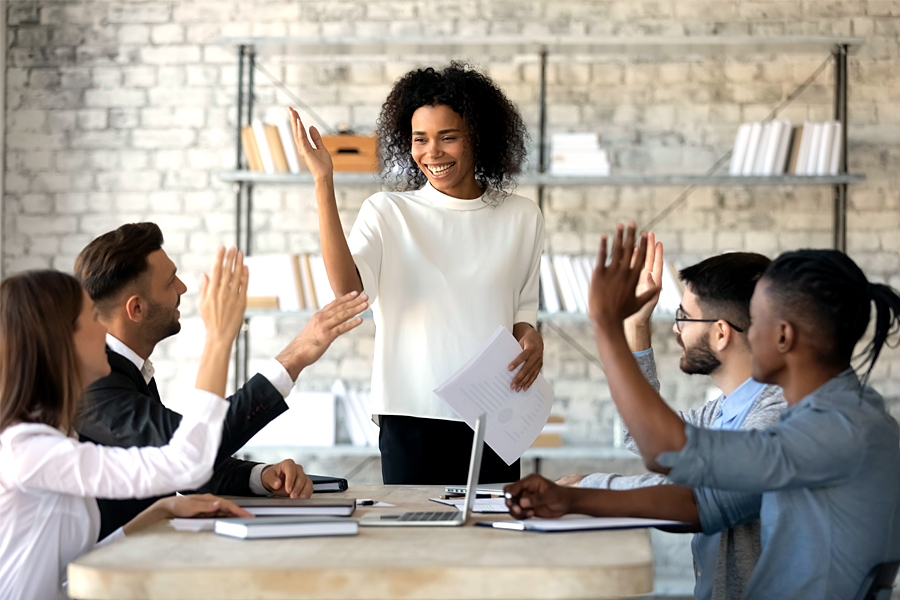 Human beings are social animals. We need human contact. We are not isolated. We want touch, community, acceptance, and dignity. Image: Shutterstock

Design is everywhere. Sometimes it is visible, like an imposing architecture, and sometimes invisible, like the systems we live in and the norms that guide our life and work daily. Good design can go unnoticed due to its simplicity, like the busy bazaars of an old city, or an AI voice assistant that unknowingly empowers a spectrum of user groups. Bad designs pop out, sometimes because they outrightly fail like a collapsed bridge, and at other times when they make our life odious, creating an opportunity for designing our world better. From architects to economists to philosophers, humans have always imagined and tried to propose better-designed worlds.

The Covid-19 pandemic allowed us to see the power of design. As businesses moved online due to the pandemic, these digital workspaces seemed to promise a more productive way of doing things. Hyper-focused meetings and modular work in the comfort of home, no more chit chats and small talk, no more loss of time in commute. Yet, something was missing in the design of this digital world as millions felt “Zoom fatigue” and felt isolated and “languished”. Although digitally, they could connect with far more distant people. They missed “the human connection.” Human beings are social animals. We need human contact. We are not isolated. We want touch, community, acceptance, and dignity. Whether at work, study or at home, we innately desire the whole human drama and experience—the gossip, the people watching, the social lunches and dinners—things that often get clubbed as “unproductive”. An economic system that is designed for “efficiency”, where too many people, especially the poorest, are forced into regimented work life as “human resources”, often ignores our essential nature as social animals. Such systems are unsustainable in the long term as they don’t work for everyone.

There is a need to revisit some of our core assumptions about business, economy, and work. And find a new way of thinking about how we design and run organisations, and organise the economy in the 21st century, such that the human experience, voice, and empathy is at the centre.

Bringing human experience to the centre

“The people who need design ingenuity the most, the poorest 90 percent of the global population, have historically been deprived of it.” – Alice Rawsthorn, Design critic

To bring human experience to the centre, we need to first examine the sources of knowledge (epistemology) in the world of business and policy-making. Businesses and policymakers rely on numbers and are keen to pursue the “bottom line”. This approach to learning is not neutral and is influenced by structures of power. Knowledge recycles between academics, policymakers, businesses, and the general public, especially the most marginalised are seldom involved in knowledge creation and decision-making. Knowledge creators survey their “subjects” but often only as columns of a data table with pre-decided questions. People get classified as an array of attributes, their behaviour is predicted using a variety of algorithms and regressions.

We no longer listen to stories. Media is filled with a slurry of statistics but rarely with voices of ordinary people and their hopes, fears, and lived experiences. We most certainly need statistics and facts and figures. But we need the stories as well. Without stories, we are no longer humans but just data points. This apathy towards stories skews our understanding of the world, as we ignore the lived experience each participant in the economy undergoes. Hence, there is a need for a more engaging way of learning about the world, creating knowledge, and making decisions. So we encourage practitioners and budding managers to become more cognizant of the full human experience and take better strategic decisions. There are three unique aspects to our approach.

1) Empathy instead of authority

We emphasize that decisions should not be made only on facts and figures but also with utmost empathy for those we make decisions for. Empathy is essential for good decision-making. And there is a method to developing empathy.

We must hear all voices, sincerely. At least strive to walk the world in the shoes of as many stakeholders as we can. This can create a culture of decision-making where decision-makers are pushed to think beyond their limited walls of inquiry and biases, delving more deeply into the lived experiences of their “subjects.”

2) Adaptation instead of optimisation

Standard methods of decision-making often focus on optimisation and robustness. Decision-makers are motivated to identify clear objectives and deliberate over implementable blueprints for success. However, such optimisation and pursuit of robustness under uncertainty and incomplete information may be overkill. Optimally designed cities often end up feeling eerie and dead, even if they conceptually may look perfect. Similarly, exhaustively analysed strategic decisions—such as big mergers and acquisitions—can often fail spectacularly because of human reasons such as a clash of cultures between merging parties.

We advocate for the acceptance and appreciation for the imperfection and impermanence inherent in knowledge creation and decision-making. And finding solutions that are participative, and inclusive, with the scope for adaptation for evolving challenges. One of the popular design philosophies that take such an approach is the Japanese method of wabi-sabi (侘寂).

3) Bottom-up instead of bottom-line

As there is no optimal way in an uncertain world, all ways are imperfect and improvisations. This calls for replacing the standard optimisation and robustness approach with an approach that involves the wholeness of engagement with all stakeholders of decision-making, hence fundamentally changing how organisations are designed and function. It also involves changing our focus from a singular manager or a decision-maker who cares about a “bottom line”, to a bottom-up approach where decisions emerge out of organic interactions between the many stakeholders.

Organisations that can learn such a form of engaged decision-making are more likely to succeed in an uncertain world. Research by economists Aghion, Bloom, Lucking, Sadun, and van Reenen (2021) shows something similar—hierarchical firms underperform in downturns. The rise of Silicon Valley also teaches something similar. The old way of structured, hierarchical and barricaded organisational structure may have been better in the era of technological certainty until the 1970s. But when technology began to rapidly change in the 1980s with the rise of computers and information technology, the same deliberative structure became a bottleneck. The agility and adaptability of Silicon valley firms—which were less hierarchical and more adaptive, became a strategic advantage in an era where communication mattered more than a blueprint.

With all the above ideas, we encourage organisations to become strategic stewards, that proactively and holistically make decisions that are more socially aware and empathetic by putting the human experience at the centre, developing empathy for various stakeholders, and gaining insight into their said and unsaid needs.

Tweets by @forbesindia
Emmy Awards 2022 winners list: Succession, The While Lotus, Ted Lasso and more
Who is Peiter 'Mudge' Zatko: The wild card in Musk's clash with Twitter