We react differently to paper vs. digital requests

Our willingness to act virtuously changes depending on how we're asked 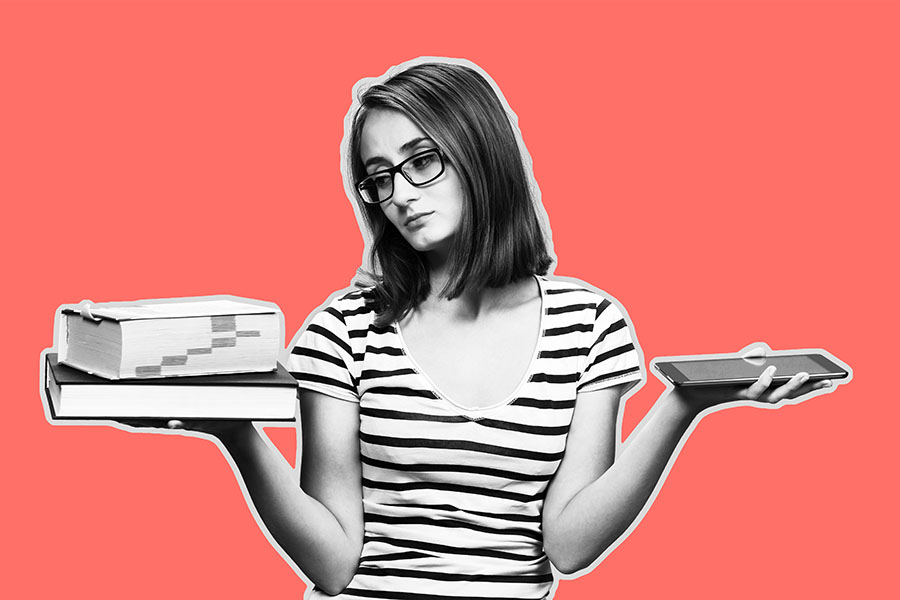 People see what they do on paper as more real and thus as more consequential for how they think about themselves and for maintaining a positive image of themselves Image: Shutterstock

One of your favorite nonprofits sends out a call for volunteers. How likely are you to offer up your time? It may depend on whether that request comes in the form of a paper mailer or an email.

New research by Maferima Touré-Tillery, an associate professor of marketing at the Kellogg School, finds that people are more likely to engage in virtuous behavior when they make their selections on paper than when they are using a digital device—a pattern she and her coauthor Lili Wang of Zhejiang University dubbed the “good on paper” effect. Their study, which was conducted in both the U.S. and China, shows that the effect extends to several types of virtuous behavior, from charitable giving to choosing educational reading material over page turners.

“People are more virtuous on paper than on a digital device,” Touré-Tillery explains. “And we find the reason for that is that they see what they do on paper as more real and thus as more consequential for how they think about themselves and for maintaining a positive image of themselves.”

In other words, what we do on paper feels like it says more about who we really are.

To investigate their “good on paper” hypothesis, the research team approached 200 adults walking downtown in a large American city and asked them to complete a survey. Half of the participants were given a pen and paper to complete the survey and the other half an iPad. Both versions used a similar layout and font.

Next, as a cover for the true intent of the study, participants were asked to indicate their preferences between coffee and tea, basketball and football, and several other neutral options. Then they saw a charitable appeal from a nonprofit organization called No Kid Hungry. Participants were given the option of providing their email address to receive more information about how to donate. The researchers used this choice—whether to provide an email address—as their indicator of virtuous behavior.

There was a marked difference in response rates between the paper and tablet surveys: 20 percent of pen-and-paper participants provided their email address, as compared with just 7 percent of tablet-using participants. “This was a pretty robust effect,” Touré-Tillery says.

The researchers ran another, similar experiment at a large university in China—this time asking participants to provide a cell-phone number to learn more about a volunteer opportunity. Once again, many more pen-and-paper participants (34 percent) handed over their numbers than tablet participants (21 percent).

Not only was it useful to see the same pattern again, “it was a nice finding for us that it replicated across cultures,” Touré-Tillery notes.

The researchers wanted to see if the same effect might apply to other kinds of virtuous behavior, not just charitable giving or volunteering. So, they put together a list of 20 popular books, and conducted an experimental pretest to determine which were seen as the most educational and highbrow and which were seen as light reading.

Later, research assistants approached 300 students at a large Chinese university and asked them to complete a survey, either on paper or with a tablet using their finger. To make sure the trends they’d seen in previous studies stemmed from writing on paper, and not holding a pen in general, the researchers also included a tablet-with-digital-pen option.

As in the previous studies, participants answered a series of filler preference questions. Then, they saw a bookseller ad, which featured eight books, four of them highbrow and four lowbrow. Participants were asked to select four books from the ad; the number of highbrow books they chose was used as a measure of virtuousness.

Even in this new context, the same effect emerged: participants taking the survey on paper selected more highbrow books (3.05, on average) than those using a tablet (2.81) or a tablet with a digital pen (2.77).

“This allowed us to show that the effect occurs not just for prosocial behavior, but for other kinds of virtuous behaviors,” says Touré-Tillery, “so it’s a broader phenomenon than just charitable pledges.”

What’s So Good About Paper?

Why are people more prone to virtuous choices on paper? Touré-Tillery and her colleagues suspected that what we do on paper feels more real than what we do on a digital device—“and because it feels more real, it’s more consequential,” she explains, and therefore matters more for our self-perception.

To test this hypothesis, the researchers approached 249 Chinese university students and had them complete the same filler questions as before, either on paper or on a tablet. Then, they asked participants to rate how real the choices in the survey felt to them and how much they thought these survey choices reflected who they were as people. Finally, participants were given the option to provide their WeChat account name to learn more about a volunteer opportunity.

Does this mean that charitable organizations should blanket donors with paper?

Not so fast, cautions Touré-Tillery. “I’m hesitant to say that because, obviously, there’s an environmental cost. We don’t want to go back to dumping a bunch of paper.”

Instead, she suggests, virtue-promoting organizations of all stripes might think about when to use paper strategically—and, perhaps, how to make their virtual communications feel more impactful and more personal: “Anything that makes the experience feel more real and more self-diagnostic should generate more generous behavior.”