It's almost an axiom of corporate governance: Shareholders should have the power to fire top management if they can muster a majority of the votes 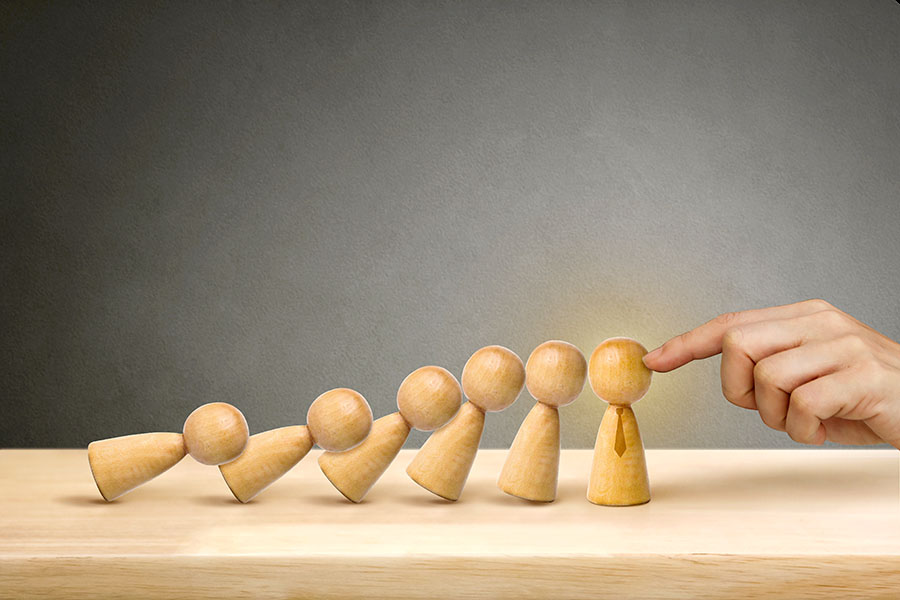 A staggered board of directors is a powerful way to insulate executives from investor oversight. Image: Shutterstock

Executives who are insulated from direct shareholder wrath, the thinking goes, will be more tempted to put their own interests before those of their investors and squander corporate assets on harebrained projects.

“From Adam Smith on, the concern of corporate governance has been how to mind the managers,” notes Robert Daines, a professor of finance (by courtesy) at Stanford Graduate School of Business and a professor at Stanford Law School. “Corporate governance has been about building up checks and monitors on the managers. The idea is that if we can fire them, and they know we can fire them, then maybe they will do the right thing.”

Yet a startling new study coauthored by Daines finds that younger, smaller companies on the cutting edge of technology do better when their top executives don’t have that sword hanging over them.

The study found strong evidence that executives who don’t have to worry about shareholder insurrections make bigger and bolder investments in research and long-term growth. Those decisions may be risky and unpopular at first, but they generally lead to faster innovation, higher profitability, and higher stock valuations in the years that follow.

Daines adds one big asterisk, however. Insulating top executives from investor pressure only seems to benefit younger, smaller companies that rely on innovation for growth. For big and established companies in mature industries, entrenched management often leads to lower valuations down the road.

Staggered boards are especially potent in conjunction with “poison pills,” in which a company issues vast amounts of additional shares that effectively dilute the stake of dissident investors. Even if a company hasn’t adopted a poison pill, aspiring coup-plotters know that top executives with a staggered board can get one approved before the next election.

Under pressure from institutional investors, including BlackRock and giant pension funds like CalPERS, large corporations have increasingly abandoned staggered boards. Between 2000 and 2020, the number of companies in the Standard & Poor’s 500 with staggered boards dropped 82%, from 300 to 54, reflecting the widespread belief that staggered boards increase misbehavior.

In the new study, Daines teamed up with Shelley Xin Li at the University of Southern California and Charles C.Y. Yang of Harvard to analyze what happened after Massachusetts passed a law in 1990 that required companies incorporated in the state to have staggered boards.

The Massachusetts law stemmed from a campaign to protect one of the state’s old-line industrial firms from a hostile takeover bid by a British conglomerate. Spurred by the company’s management and union, political leaders, including then-governor Michael Dukakis, portrayed the buyout attempt as a “second British invasion” and the defense as a “second war of independence.”

Right or wrong, the new law created an opportunity to shed light on what happens when a large array of companies suddenly adopt staggered boards.

Daines and his colleagues began by comparing the valuations of publicly held companies in Massachusetts with those of similar companies based outside the state. They matched up 57 in-state companies that switched to staggered boards in 1990 with out-of-state firms that were similar in size and age and in the same industries.

Correlation isn’t causality, of course. To dig deeper, the researchers compared the trends in the seven years before 1990 with the seven years that followed. Sure enough, the divergence in valuations took place only after the new law took hold. They also ran a kind of placebo test by looking at Massachusetts companies that already had staggered boards in 1990. Those companies didn’t see any change in valuation relative to their out-of-state counterparts.

Notably, the improved valuations were only at younger and smaller companies on the leading edge of technology. Daines and his colleagues say that’s in part because those companies have more “information asymmetries,” meaning that executives have more knowledge than the shareholders about new technologies or new markets. In that environment, it helps if the top management doesn’t have to worry about being sacked for making big investments.

Also read: How should a manager balance responsibility towards shareholders and society

Accordingly, the researchers found that companies that switched to staggered boards invested almost 10 percent more in research and large capital projects than their out-of-state counterparts. Companies with a heavy focus on innovation increased their investments even more.

Those investments paid off in terms of faster innovation. Daines and his colleagues found that the Massachusetts companies obtained more patents than their out-of-state counterparts and that their patents appeared to have both higher scientific value (as measured by how many times a patent was cited in other patents) and higher economic value (as measured by the market reaction to the patent’s approval).

“This is really clean causal evidence of what managers will do when freed from shareholder monitoring in this way,” Daines says. “I was surprised that the patent evidence was so clear and that the valuation evidence was so stable and so large.”

The study raises intriguing questions about tech companies like Meta and DoorDash, where the founder and CEO controls so many shares that they can easily block any insurrection. Though the company formerly called Facebook remains research-intensive, it’s now a giant corporation in what is arguably a mature industry — not the kind of firm that seemed to benefit from an entrenched chief executive in Daines’ study.

As companies grow, Daines says they may want to reconsider the usefulness of staggered boards. “It may be worth thinking about a sunset provision so that over time the protection falls away,” he says. “If you’re a shareholder in a large firm, I would treat with caution and skepticism claims from the management that you just don’t understand and that they need to go their own way, free of shareholder pressure.”

Tweets by @forbesindia
Inside our 2022 manufacturing special: How the goods get going
LIC: Tough road ahead as stock continues to drag