The current placement-driven engineering education model has been pushing traditional engineering students towards the IT sector. The right kind of regulatory oversight to ensure interdisciplinarity is necessary to stop engineering colleges from becoming the fabrication centres of footsoldiers for IT and emerging technology markets 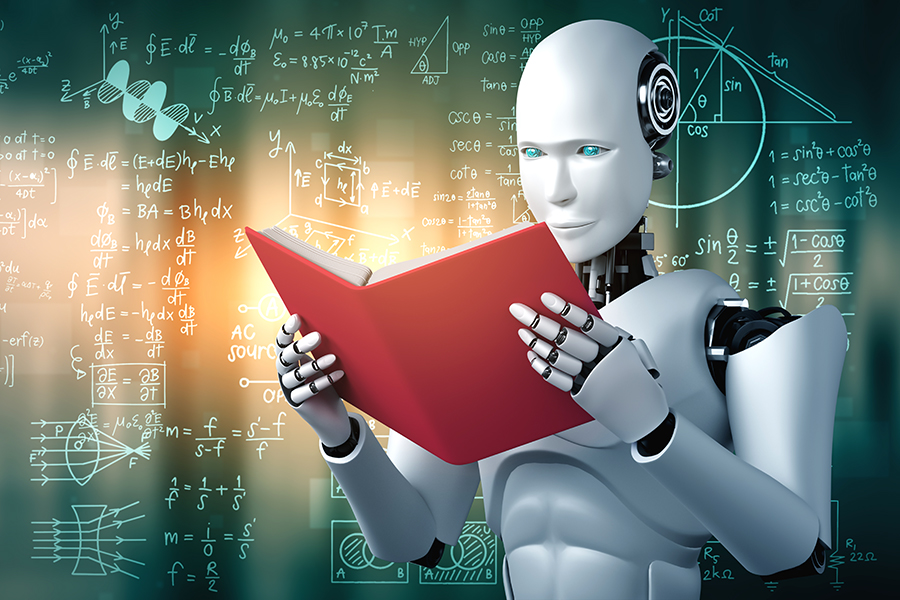 While IT and emerging technologies are the driving engines, core engineering expertise is the necessary railroad for Industry 4.0
Image: Shutterstock

IT (Information Technology) and emerging technologies such as AI (Artificial Intelligence), Big Data, IoT (Internet of Things), 5G, and so on are driving the digital transformation of the industrial landscape globally. Such a transformation dubbed the fourth industrial revolution—Industry 4.0—is envisaged through bottom-up solutions built from the core engineering contexts within respective industries. For example, in the case of the manufacturing sector, IoT is expected to interconnect production equipment in the factory floors and enable contextual predictive maintenance solutions, utilising the data gathered from such equipment. In the case of the energy sector, services for maintaining grid stability and efficiency are envisaged based on the high volume of data from interconnected smart sensors installed on the transmission and distribution infrastructure. In this scenario, solutions are designed using IT or emerging technologies but with a deeper appreciation and understanding of the core engineering capabilities.

While IT and emerging technologies are the driving engines, core engineering expertise is the necessary railroad for Industry 4.0. Therefore, the required interdisciplinary skills have to be like the former complementing a clear understanding of the latter. In the Indian context, Industry 4.0 could fuel the long-missed secondary sector growth. However, it is contingent on building the said interdisciplinary skills. Engineering colleges are a critical peg in equipping the engineers they churn out every year with these necessary skills. Though the National Education Policy (NEP), 2020 envisages inter-disciplinarity in engineering education, the shape it takes is contingent on how the present engineering landscape is structured. Given this background, we discuss the present situation of Indian engineering education to bring out relevant policy prescriptions around engineers driving Industry 4.0 and secondary sector growth.

Until the late 1980s, the state was the dominant supplier of engineers through autonomous IITs and RECs (which are now NITs), and the public sector was the main employer, capturing about 85 percent of post-matriculate employment. Very few private engineering colleges had autonomy on par with these public institutes. A new wave started in the late 1980s when the IT boom accompanied a mushrooming of privately funded non-autonomous engineering colleges. India now produces a million engineers every year, and at present, over 90 percent of them are produced from these private and non-autonomous engineering colleges. Unlike IITs and NITs, where autonomy allows elective choices to students to train themselves for the interdisciplinary industry expectations, the curriculum in these non-autonomous colleges is completely stipulated by the state technical university to which they are affiliated.

To match the expectations of students and their parents, non-autonomous affiliated colleges have resorted to building alternate structures to improve their campus placement records, which is a major metric in ranking the colleges. We give these observations based on our study of a non-autonomous engineering college, near Bengaluru. IT recruiters are a boon to such colleges. In this college, placements in non-IT industries is considered difficult. The head of placements, for instance, expressed that the placements in the non-IT core industries largely happen through informal channels as companies in such industries often don’t have the wherewithal to recruit in large numbers. To suit the needs of the IT sector, the college has instituted a separate HR department to offer training in soft skills and programming skills to match the skill-sets needed by the IT sector. A formal placement process is laid out to facilitate prominent IT companies of Bengaluru to conduct on-campus placements in this college. Students apply for these placements irrespective of their engineering disciplines, and over 95 percent of the placed students in the last five years, from across disciplines, were placed in IT companies. Such numbers far outweigh the meagre placements of one or two every year in their respective core engineering sectors. The dominance of IT placements is acknowledged by students within the college, who have developed their ways to showcase their fir towards IT jobs. Students from non-IT departments work on IT-related mini-projects to improve their placement chances.

The recent focus on entrepreneurship has led to Incubators and tinkering labs being established in these non-autonomous affiliated colleges. In the college that we studied, the government recently sponsored an incubation centre and most of the students taking part here were from non-IT departments like Electronics, Mechanical, and Civil. However, we observed that this intervention was getting waylaid in the college’s disproportionate focus on IT. When asked about their motivation in being engaged with the incubator, students explained they see these engagements primarily as means to enrich their resumes and get shortlisted for IT interviews during placement.

This placement-driven engineering education model has led to severe disillusionment in students from non-IT disciplines like mechanical, electrical and civil engineering. Their question ‘when all of us are eventually pushed into the IT sector, why aren’t we taught software skills from day one?’ is prescient. Similar responses are elicited from them in the context of emerging technologies as well, given that the new work roles in such technologies are increasing in large numbers again within the IT sector. But for the college, there is no easy way to facilitate placements in the core engineering verticals, as they can facilitate in IT.

Engineering colleges and engineers are crucial for driving industry 4.0 and, consequently, secondary sector growth in the country. NEP emphasises greater interdisciplinarity and autonomy, particularly in the non-autonomous affiliated colleges. Though this is a welcome move, the aforementioned illustrative case of such a college points to the need for deeper reflection. In the emergence of Industry 4.0, interdisciplinarity is an eventuality that can’t be escaped. However, non-autonomous colleges are already facing a dwindling intake in the traditional non-IT engineering disciplines compared to IT-related disciplines. Adding to these woes of traditional engineering disciplines, policies are in a rush to prescribe newer disciplines around emerging technologies. The increased autonomy and expectations of interdisciplinarity laid in NEP could further exacerbate this problem. Autonomy could pose the danger of exposing these engineering colleges entirely to the forces of the market, akin to the IT sector influence at present. This could dampen the significance of traditional engineering disciplines and reduce these colleges to becoming certifying agencies or fabrication centres of footsoldiers for IT and emerging technology markets. Rather than envisaging separate disciplines around the new technologies, our study indicates that core engineering disciplines should be strengthened by incorporating IT and emerging technology courses within their curriculum. This way, synergies between IT/emerging technologies and core or traditional engineering skills can be harnessed. The right kind of regulatory oversight to ensure this interdisciplinarity is necessary. Only this will equip our engineers for ‘Industry 4.0’ and drive the much needed secondary sector growth—hard to envisage without core engineering talent.

*Rajalaxmi Kamath is a faculty and Vinay and Manjunath are PhD students at IIM Bangalore. This piece is based on an ethnographic study in a private engineering college near Bengaluru.

Tweets by @forbesindia
Cut 'all links' between Russia and global financial system: EU
Do your own research: Crypto Wendy on Crypto Simplified