In the modern world of optics, a portrayal of an image matters the most. Building a favourable opinion of India and its people as a force to reckon with has its benefits 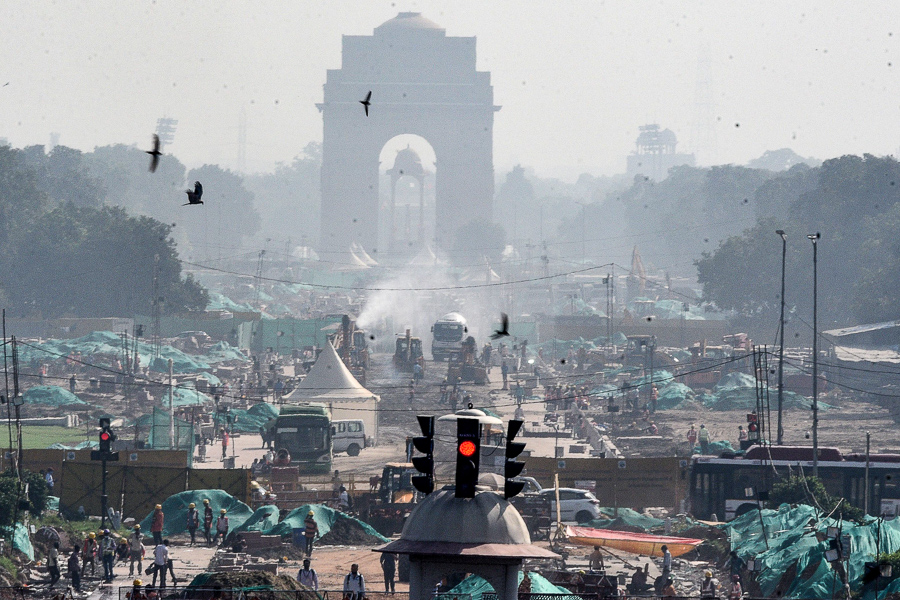 When German Ambassador to India, Walter J. Lindner, said he expected to find every Indian sitting deep in meditation under a Banyan tree, one can well imagine the image that India radiated to the West.

Back in 2016, in one of my sessions at IIM-B, a senior bureaucrat who was posted at the Ministry of External Affairs, Government of India explained to me about a massive mirror on the premises of the Ministry. As soon as staff and officers enter, the mirror is there to remind them to give a favourable impression of India to the world and to reflect back upon what they are seeing.

We were having this conversation after my presentation of a media content analysis of human trafficking coverage study. One of the two primary goals that the United States of America quite clearly worked towards, while showcasing itself as a superpower, was to build great cities and a greater naval presence. They realised it conveyed powerful non-verbal signals, having observed the cities and naval bases of the erstwhile USSR that exuded the power of the state. The fact of the matter is that the US is where the most heinous crime in the world—human trafficking—occurs at its peak. Yet, the US government every year publishes a Trafficking in Persons Report that it uses to monitor and combat trafficking in developing nations across the globe. The irony of the situation is stark, yet a poignant reminder of how image and the portrayal of an image matter the most.

Armed forces and the power of non-verbal

Lessons on management are best learnt from the armed forces. War room tactics, strategies for keeping teams motivated, leadership communication and decision-making capabilities are reinforced through their daily regimen of managing people, equipment, and being prepared for battle 24/7. If this insider information is confidential and classified, the outward appearance is constantly conveying this message loud and clear. Whether it is through the well-maintained facilities—always with a fresh coat of paint, well-oiled machinery—or the crisp and smart uniform of its men and women. The forces pay extra attention to the mess—the place used to socialise and receive guests. It displays fine grandeur, the legacy of the particular regiment, and last but not the least, the quality and manner of food served—which could give tough competition to a Michelin starred restaurant. In striving for consistency and competence, the armed forces as an organisation never fail to impress. It is for a reason. When pictures of a combined defence exercise are published by none other than the ambassador of Israel to India, Naor Gilon (see tweet below), the picture evokes these finer nuances of formation, capabilities, and power—all packed and loaded into that one visual.

In the last few months, the Indian government has covertly launched “Operation Image Building”. The missiles have taken off and you can see flares on all their social media platforms. When Columbia’s minister is visiting Delhi, pictures are posted of the delegation meeting at Hyderabad House with the table set to perfection—akin to a patisserie in Paris. The interiors of Hyderabad House, which belongs to the Ministry of External Affairs, has undergone a splendid transformation (see tweet below)

The Central Vista Project is the megastar of this Operation, waiting to be unveiled amidst the bouquets and brickbats. It is India’s gateway to emerge from the shackles of colonial architecture (if there is such a term) and display its stardom through the architecture and imagery that it showcases.

When I met Hafeez Contractor, who designed the outlandish asymmetric buildings and spaces for Infosys (in the Bengaluru and Mysuru facilities) in 2006, he had explained that the company wanted to showcase itself as a pathbreaker in the IT space in corporate India which its spaces and campuses had to espouse.

IIM-B’s campus was recently amongst the top 25 most significant works of Post-War architects in the world. When asked what his inspiration was while he designed the campus, renowned architect Dr B V Doshi said,  “We wanted something that we find in Indian temples—places depicting eternal values and culture. That added with the image of hope for change as well as dynamism. That kind of imagery gives us the optimism and courage to face life along with its various challenges.”

Whether “Operation Image Building” will hit the target in building a favourable opinion of India and its people as a force to reckon with remains to be seen, but the work in that direction seems to convey quiet confidence of self-assurance.