Does Your Company Have Good Innovation Governance?

Innovation governance is not the same as innovation leadership or management

Innovation governance is a system of mechanisms to align goals, allocate resources and assign decision-making authority for innovation, across the company and with external parties. The way we think about innovation has changed, and so the way we govern it has to change as well. How effective is the innovation governance in your company? Here’s a quick quiz to determine the answer:

•    Do the people trying to bring new innovations to market in your company say that their biggest challenge is to (a) get the people, resources, approvals and support they need or (b) actually develop and launch the innovation?
•    Are your innovation efforts (a) mostly done by internal groups or (b) do they extensively leverage outside parties such as suppliers, customers and other partners?
•    Are your different types of innovation – new products, services, channels to market, customer experiences, business processes, or business models – (a) only loosely coordinated or (b) carefully managed so they complement and reinforce each other?
•    If the person responsible for innovation at the highest level in the company were to leave for three months, would innovation (a) slow down or suffer significantly or (b) continue on without a hitch? 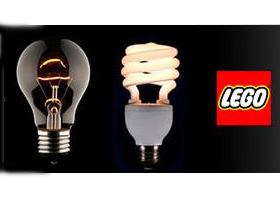 If your answer is (a) to any of these, then your company has an innovation governance problem. Innovation governance is not the same as innovation leadership or management – there’s been lots written about how to lead innovation teams and manage innovation departments. But little has been written on how to align goals, allocate resources and assign authority for innovation across the company. And very few companies do it well.
No company better exemplifies the benefits of re-designing innovation governance than the LEGO Group. By doing so, the LEGO Group cut costs, boosted sales and greatly increased profits. Its sales last year were up by 19% and profits up by 31% in a market that overall was falling by 5%. And they’re forecasting another 15% growth this year. Here’s how they did it.
How the conventional thinking about innovation almost bankrupted the LEGO Group
In the late 1990s and early 2000s, the company’s previous leadership team had focused on boosting innovation. Following the same advice that consultants and academics still offer today, they had challenged designers to “think outside the box” – to push back the boundaries that had previously defined what a LEGO product was. They created a very innovative culture inside the LEGO Group and their designers produced an impressive set of new products and play experiences, including books, video games, movies, television shows, theme parks, clothing and learning centers. Unfortunately, many of these efforts were unprofitable, and the LEGO Group hovered near bankruptcy in 2003.
Returning to profitability by limiting innovation
After extensive interviews with its consumers and retail channel partners, LEGO Group CEO Jørgen Vig Knudstorp and his management team decided that what was needed was not more innovation, but more focus and boundaries around innovation. Less could be more. Rather than developing revolutionary new play experiences, the new goal was to focus 90% of innovation efforts on the traditional play experiences that the LEGO Group had been known for. They also put in careful review processes to ensure that all innovations – even the 10% of efforts focused on revolutionary innovations – would have a reasonable probability of being profitable. Knudstorp and his team believed “innovation flourishes when the space for it is limited.”
Improving coordination to boost success:  the innovation matrix
While the LEGO Group’s experiments before 2003 had shown them the potential value of different types of innovation, the losses from many of these experiments taught them that the investment in different types of innovation had to be coordinated and controlled.
This conclusion led the LEGO Group to develop its innovation matrix  as a tool to help identify, staff and coordinate the different innovations needed for the development of a new product. This matrix defines four areas where innovation can take place within the company – product, business, communication and process – as well as the degree of innovation – from incremental improvements to revolutionary breakthroughs. Filling out the matrix forces a clear identification of where resources are needed as well as where innovation efforts need to be coordinated.
The development of the second generation of the LEGO robotics kit – MINDSTORMS® NXT – provides a good example of how the matrix can be used. The MINDSTORMS team wished to leverage the skills of its fans who, according to LEGO manager Søren Lund, “are often way ahead of our designers and see possibilities that we don’t.” Filling out the matrix illustrates that, while developing the new product was a significant effort, the biggest innovation for the company would be how it collaborated with key MINDSTORMS users in the development process. This can help management understand how the team should be staffed and funded, what risks to monitor and which members of the management team should review the project1 .
The result of this approach has been impressive. By engaging with key users, the MINDSTORMS team not only improved the design of the new kit, but also were able to go to market with a full suite of user-developed complementary products such as books, an educational curriculum, sensors and software.  When the product was released, the LEGO Group also leveraged their users to help promote the product. As a result, LEGO MINDSTORMS® NXT was the top selling product in the entire LEGO Group in 2006.
Restructure innovation responsibility
Knudstorp and his team also used the innovation matrix as a guide for restructuring the company and clarifying the specific innovation responsibilities for each department. This restructuring allowed the LEGO Group’s management team to give each group more authority and clearer responsibility for achieving their targets. It also defined how and where outside talent – including LEGO consumers, retailers, outside inventors and independent design consultancies – would be leveraged and coordinated2.
Form an Executive Innovation Committee
To implement the new innovation process and manage and coordinate innovation across the entire company, the LEGO Group created an Executive Innovation Governance Group. This committee decides the portfolio of innovation projects that the LEGO Group will take on, delegates authority for individual efforts, allocates resources and monitors the development process through its different review points.
There is much more to the LEGO turnaround than can be covered in this short article – the company also defined new roles, processes, and committees.  They became much better at collaborating with outside partners.  And they restructured the way they work with their end customers and retail channel partners.  But the key is that through improved governance, the LEGO Group answers to the test above have all switched from “a” to “b”, and their profits and revenues have soared.
David Robertson is Professor of Innovation and Technology Management at IMD. He co-directs the Program for Executive Development and teaches on the Driving Strategic Innovation and Orchestrating Winning Performance programs.
1  This example of the LEGO innovation matrix was developed after the fact – the success of the MINDSTORMS NXT team was one of the factors that led the LEGO Group to incorporate the matrix into their innovation governance process.

2 For more about the LEGO Group’s internal structure, see Robertson and Hjuler’s article in the September 2009 issue of Harvard Business Review.