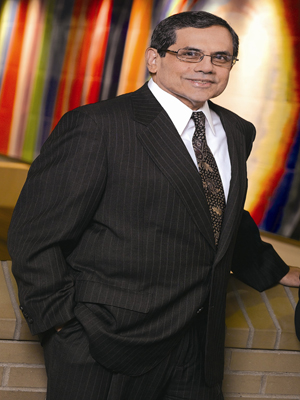 The current economic downturn has focused managerial attention on and fostered a spate of articles about how to manage effectively in difficult economic circumstances. A recent and particularly good -- possibly iconic -- example of advice about managing in a downturn is provided by David Rhodes and Daniel Stelter in a recent Harvard Business Review article. Their approach is positive, comprehensive and considers both the immediate exigencies and future potential. Their key recommendations include immediately focusing on:
•    Monitoring and maximizing cash
•    Optimizing financial structure
•    Reducing cost and increasing efficiency
•    Aggressively managing the top line
•    Rethinking product mix and pricing strategies
•    Shedding unproductive assets and divesting non-core businesses.

Reviewing these recommendations reveals three fundamental truths:
1.    Each of these recommendations applies equally well in good times and in bad. The only difference may be that in bad times, managers facing the prospect of ruin bring a renewed intensity and focus to these basic and essential business practices.

2.    There is no magic bullet or single answer to effecting a turnaround or improving declining business performance. A comprehensive, systemic approach is necessary to improve subpar business performance. This truth has been known, though often overlooked, for a long time.
3.    It is important to pay attention to both immediate operational concerns and enduring strategic issues.
So, if the same focused but systematic management approach is necessary in both bad times and in good, what role does ethics or ‘good business’ have to play? The answer, I believe, is that ‘good business’ criteria are the key to identifying and prioritizing the actions to be taken. These criteria also serve as the basis of a framework for ensuring systematic comprehensiveness and strategic consistency in the actions being taken, and they are especially valuable in the context of a downturn.
The question remains, how do managers identify priorities and also ensure systematic, comprehensive and synergistic decisions and actions?
Rhodes and Stelter offer clues in their article. The “snags of implementation” they identify include:
•    Failure to see how individual initiatives are part of a comprehensive plan; and
•    Lack of attention to the human element.

By using the ‘human element’ as a guiding principle, I will present a framework that promotes the development of both comprehensiveness and consistency of managerial decisions.

The second argument has been powerfully made by C.K. Prahalad. The cell phone market in India is a good illustration. Every month, several million cell phones are sold in India; a staggering number that rivals the entire population of small countries. The reason is that companies are producing inexpensive, functional phones that can be purchased by relatively poor people. Airtime in India is the cheapest in the world, so now the rural farmer when negotiating with a middleman can call to find out what price his crops should bring in distant markets and the housewife can rent her phone to neighbors, which increases their income and their ability to buy more goods to improve their lives. By serving the needs of an often-forgotten population, smart businesses are making billions, and case studies show that companies that seek to serve these markets foster technological innovations that enable them to attain very low price points. As they seek to better understand and serve these markets’ needs, further technological innovation results that stimulate new and better products that then can be targeted to higher income segments. The Tenet Group in IIT Madras, a collaboration formed of electrical engineering and computer science professors, is a good example of such aspirations and resulting innovation. Started with the intent of bringing broadband communications to rural India, the venture’s initial strategy was to reduce the cost of the broadband communication technology by an order of magnitude and to make the technology viable without connection to an electrical grid. An epiphany of understanding of the customers’ basic needs changed the initial and quite successful strategic focus from reducing the price point of existing technology to developing broadband technology, both hardware and software, to meet the three essential needs of rural India – health, education and livelihood, as the professors phrased it. The resulting breakthroughs in technology have created the potential of global billion-dollar businesses.
A ‘Good Business’ Decision Framework
The ‘good business’ framework that is motivated by the construct of humanity is illustrated in Figure One.

Ford Motor Company offers a powerful example of ‘good business’ decisions guided by the touchstone of ‘humanity’. Of the three major U.S automobile companies, only Ford has managed to avoid bankruptcy and to not ask for a government bailout. The conventional view is that Ford’s recently-appointed CEO, Alan Mulally, presciently sold off parts of Ford and mortgaged other assets, which resulted in a strong cash position that has enabled it to avoid bankruptcy and eliminate the need for a government bailout. However, this is only part of the explanation for Ford’s relatively better situation compared to the other two major U.S. automobile companies.
Ford adopted the policy that “Quality is Job 1” in the early nineties, and this was more than an advertising slogan. Ford’s commitment to quality has now brought its cars to the same level as those made by Toyota and Honda, which have long dominated the quality charts. When Ford acquired Jaguar in 1989, the quality of Jaguar cars was abysmally low. When Ford sold Jaguar to Tata Motors in 2008, the Jaguar line had, amazingly, achieved the highest quality of any car line. This undoubtedly made Jaguar more valuable and enabled Ford to obtain a higher price than if quality had remained at its original dismal level.
Chairman Bill Ford made a similar commitment to environmental sustainability, raising it to a mission-critical level of importance. As a consequence Ford’s manufacturing processes are among the greenest and Ford has designed and built what is by far the best mid-sized, hybrid gasoline-electric car in the world.
Ford’s emphasis on diversity and gender equality has also been notable. Women are divisional presidents and head corporate functions. The beneficial consequences have been evident at all levels. For instance, Ford’s women car designers introduced significant safety innovations such as moveable pedals that can be adjusted to the driver’s physique. This ergonomic improvement not only enables better and more comfortable driving but also reduces injuries to shorter drivers caused by exploding airbags in front-end collisions.
In Brazil, Ford has recently built its finest assembly plant on a greenfield site in the rural, non-industrial, underdeveloped northeast region of the country. It has closely and very successfully partnered with local government to build needed infrastructure including a dedicated harbor. It trained and developed a very large and totally inexperienced workforce.

Women constitute fifty percent of the workforce. Its manufacturing processes and even the sanitation system are the greenest of any automobile plant. It has integrated suppliers’ operations under its roof. The cars designed and built at this plant in Camaçari are uniquely and demonstrably well-suited to the needs of Latin (Central and South) America. Ford’s Camaçari plant has also become the benchmark for industry-government cooperation and economic development of less developed regions.
Ford’s commitment to the humanity-based criteria of quality, environmental and social sustainability, diversity and gender equality have undoubtedly played a large role in enabling it to withstand the recession and positioning it for robust, long-term viability.

John Camillus is the Donald R. Beall Professor of Strategic Management at the University of Pittsburgh’s Joseph Katz Graduate School of Business.