Ending the debate on a dead-end distinction

By Preston Bottger and Jean-Louis Barsoux

Thirty years ago, Abraham Zaleznik introduced the influential distinction between leaders and managers, claiming that they were separate types of people, with different personalities, attitudes and goals.[i]

Bolstered by the writings of luminaries such as Bennis and Kotter, the contrast wormed its way deep into the consciousness of executives worldwide – and it still pops up regularly as a question in executive development programs. 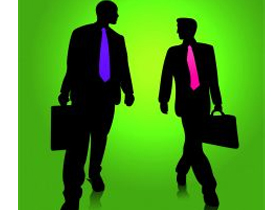 Although on the surface the dichotomy serves a useful purpose, it is a way of looking at executive work that confuses more than it illuminates. Contrasting the concepts of management and leadership is an intellectual exercise that ends up diminishing both of them.

Management, we were told, is associated with “controlling and problem solving” while leadership is about “motivating and inspiring.” Managers are said to “administer and maintain” while leaders “innovate and develop.” Managers ask “how and when” whereas leaders ask “what and why.”

The crux of the distinction is that management is transactional and concerned with the steady state whereas leadership is transformational and focused on change. The role of “managers” is confined to the apparently boring and insignificant tasks of getting results within existing business models. The role of “leaders,” on the other hand, revolves around the heroic Endeavour of creating new business models.

This crude contrast feeds the idea that you are either a leader or a manager. From the preceding descriptions, executives were left in little doubt where their aspirations should lie. Management is relegated to a passive role. To describe someone as a “manager” almost amounts to a slur, insinuating lack of drive and imagination.

Yet “manager” is actually an occupational category, like “engineer” or “accountant.” Belittling “management” diverts attention from the necessity to organize and execute in detail. In fact, many of the problems exposed by the current economic crisis can be traced to inadequate systems – to manage risk, to ensure due diligence, to prioritize projects – and not just in the financial services sector, but also in manufacturing and service companies. What got many companies into trouble was not lack of vision or empowerment from the top, but rather insufficient organizing force.

In addition to denigrating management, the contrast also downplays the responsibilities of leadership, reducing them to transformation or creating something new. But before a “leader” earns the necessary credibility and goodwill to transform, he or she must show competence in handling current operations and ensuring system improvements – to deliver on the essentials. First, you have to make the trains run on time within the existing system and you have to improve those systems. Only when you have achieved those two steps can you try to take people somewhere different.

A Dead-End Distinction
Contrasting leaders and managers actually encourages executives to think of themselves – and others – in those mutually exclusive terms. But ask any CEO what he or she expects from ambitious executives and he or she will say both! The ability to organize well is critical – and rare – in fact, every bit as rare as the ability to inspire change.

Framing the issue as “leaders versus managers” turns out to be a red herring for executives as they fix upon their roles and responsibilities and choose where to invest their energies.

Asking whether management and leadership are different distracts the executive from concentrating on asking and answering the better questions: “What can I do here to add value in ways that need adding? What is the contribution that I could make that is now not being made, and must be done?”

Effective executives tell us that they do not ask if they are leaders or managers. They focus on sharp diagnostic questions. Every day of the week, whenever they walk through a door, whenever they’re on the phone or in a meeting, they ask themselves: what new good things can I add here, what existing good things can I expand, and what bad things must I kill?

Going further, effective executives ask how best to sell their people on an inspiring mission that enacts the business model. What structure and processes are required for execution? And what are the strategic communications required to maintain a sense of purpose, direction and focus?

These are far more productive questions than “Am I a leader or a manager.” That preoccupation may have made sense in the 1970s context of trying to awaken complacent US executives to the threat of Japanese competition. But the issue of leaders versus managers has taken too much space for far too long. Many executives have been locked in by a bad idea that has influenced their thinking in unproductive ways. It is time for executives to banish this false dichotomy from their mental furnishing and bury it for good.

Preston Bottger is Professor of Leadership at IMD and teaches in the Program for Executive Development. Jean-Louis Barsoux is a Research Fellow at IMD focused on organizational behavior.