Mobile Banking for the Unbanked

In many developing countries it's common for a person to have a mobile phone but not a bank account. In fact, more than 1 billion people fit this description, and the number is only likely to increase. To that end, many companies are considering how to give residents access to banking services via their handsets. The GSM Association predicts that by 2012, nearly 300 million of the previously "unbanked" will be using some form of mobile banking.

The Harvard Business School case study Mobile Banking for the Unbanked explores two very different examples of mobile financial service models: WIZZIT, a third-party startup that teamed with a major bank to provide standard banking services via mobile access to impoverished residents of South Africa; and M-PESA, an initiative launched by the mobile network operator Safaricom (in conjunction with Vodafone) to offer a new type of financial service to the poor residents of Kenya. 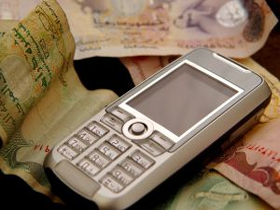 Ultimately, the more successful of the two, M-PESA, realized that the intended customers didn't really want bank accounts at all—they wanted effective ways to send money home to their families.

The case's key lesson is the importance of meeting the real needs of your target audience, not the needs as you perceive them, says professor V. Kasturi "Kash" Rangan, who authored the case with research associate Katharine Lee and teaches it in his second-year elective course Business at the Base of the Pyramid.

"The mistake a lot of us make is to look at the folks at the base of the pyramid and assume that they must need the same types of services we need," Rangan says. "Everybody needs food. We need education, and so do the poor. We need banks, so they must need banks. But that's the wrong way of approaching it. The ecosystem in which they live is very different from ours. They're on weekly or even daily wages, and their family circumstances are different. So we've really got to dig in and figure out what their real needs are and their pain points."

The problem with WIZZIT
WIZZIT entered the mobile banking market in 2004 because the mobile phone penetration rate in South Africa was almost 100 percent, thanks in large part to the onset of prepaid services that offer low-cost handsets and the opportunity to buy airtime in advance.

"A subscription model doesn't appeal to the poor at all," Rangan says. "They don't want to pay a fee for something they might not use."

Moreover, more than half of South Africa's population had no access to a bank account. This was largely because half of the population lived below the poverty line, and banks, understandably, were not eager to serve a moneyless customer base.

"Banks find it an unprofitable proposition to serve people who make less than three dollars per day," Rangan says.

Still, WIZZIT's founders thought there was a noble and viable business model in bringing banking to the poor, via a mobile banking platform that could be used on even the most primitive cell phone. They succeeded in finding an engineer to develop the platform, but quickly ran into a major regulatory roadblock. Per the South African government, only licensed banks were allowed to take deposits. The cost of a license was the equivalent of $34 million—a hefty fee for a startup—and the South African Reserve Bank was wary of issuing new permits. Hence, the WIZZIT execs began searching for an established banking partner. Time and again the top-tier banks turned them down, so the company ended up teaming with a second-tier bank, the South African Bank of Athens.

By 2009, WIZZIT was not yet profitable. The banking partnership proved problematic in that it was hard for a second-tier bank to compete with its larger brethren, which by 2008 were forced by government mandate to offer low-cost banking options for the poor. But WIZZIT also suffered because the founders failed to recognize the true needs of their target customers.

"WIZZIT essentially took a banking service like the one we have here—depositing salaries in the bank that we draw down to make payments—and decided that this is what the poor wanted, too," Rangan says. "Of course the founders were very creative in bringing the costs down dramatically and improving access, so the poor could afford to bank. The problem is that this is not the way that the poor think of money. They hardly have any savings. Their main need is money-transfer." The success of M-PESA
In many developing countries, including Kenya, most of the population lives in rural areas, but the majority of bank branches and jobs are in the cities. To send money home, a city worker had to seal his wages in an envelope and pay a courier to travel for hours to the village. Alternatively, the worker could travel to the village himself, but that meant paying a hefty percentage of his wages for bus fare, plus a day of lost work.

Safaricom and Vodafone initially built M-PESA, a money-transfer application that resides on a phone's SIM card, as a tool for microfinance organizations to collect loan payments. ("M" stands for "mobile," and "pesa" is the Swahili word for "money.") But soon after launching the service in 2007, they realized their mistake and quickly repositioned the service with the slogan, "Send Money Home."

"The beauty of M-PESA is that they understood a fundamental theorem of marketing: understand what your customers really want," Rangan says.

To create a distribution channel, M-PESA franchised thousands of mom-and-pop convenience stores to act as M-PESA agents at their existing places of business, such that customers could transfer money and receive money conveniently.

In order to use the service, the customer hands his money to the agent, plus a transfer fee (about 40 cents). Through a computerized process secured by multiple passwords and PINs, the agent transfers the payment to the customer's phone. Rather than hiring a courier or hopping on a bus, the customer simply hits "send" to transfer the money to a family member's phone.

"Then, ka-ching! The family member goes to an agent in her village and cashes the money from her phone," Rangan explains.

Rangan says his students are generally quick to realize why M-PESA is popular among customers. But they wonder how such an application can also be good for the carriers' bottom line. After all, the company is not allowed to pay interest on savings or to invest the float, per government orders; Kenya, too, has strict banking regulations. And how much revenue can anyone garner from a 40-cent fee that customers pay once a week, if that?

The answer is in the sheer number of registered M-PESA customers,some nine million as of January 2010. More than $600 billion has been transferred through the service, which has garnered revenues of about $100 million—and would have earned even more were regulations more lenient, Rangan says.

Perhaps more importantly, the service induces loyalty and additional phone usage. "For Safaricom it's a profitable opportunity not just because of the fee it makes from the mobile transactions, but because it makes existing customers sticky," Rangan says. "The company provides an essential service, it is helping the person send money home. He will stay with Safaricom. Plus, as soon as his wife gets the money, what do you think she's going to do? She's going to call him on the phone, and that will increase mobile usage!"
Lessons learned

Rangan is currently tracking mobile financial services in India, the Philippines, and Indonesia, where several banks are beginning to see the value of such services and, consequently, are entering trial partnerships with mobile operators.

"It's not going to be the Nokias, Motorolas, or Microsofts that are going to lead the charge," he says. "Not even the mobile network operators. It's going to be the banks because they have the licenses."

In teaching the case in class, the goal is not to put the spotlight on mobile banking, but rather to consider the opportunity of serving an enormous underserved population.

"What I want my students to also take away is to realize that there are 4 billion people on this planet who live on less than five dollars per day," Rangan says. "If we depend solely on charities and governments to take care of them, we'll have to wait for centuries before we banish poverty. Why not harness the power of business to take care of their needs?"

Tweets by @forbes_india
Leaders Versus Managers
The Ultimate Barometer of Wealth