Waiting For A Chinese Saviour

The London taxi, the traveler’s friend for many decades, is looking to China for salvation in uncertain times

The classic London taxi – it is perhaps the most “nationally” iconic symbol one can think of. All in black, massively oversized, and a bit out of date style-wise - step into one with bags in hand and no similar customer experience compares. Yet even the London taxi, the traveler’s friend for many decades, is looking to China for salvation in uncertain times. John Russell, CEO of the London Taxi manufacturer Manganese Bronze, was recently quoted in the Financial Times (September 21, 2009) as saying: “We can’t stand on our own two feet without China.”

In a completely different industry and country, Christer Haglund, Finnair’s Senior Vice President for Corporate Communications, recently wrote in his Editor’s Letter in the airline’s Blue Wings magazine that: “There is no recovery in sight in the West …. In other parts of the world the reality may differ. In China, for example, the latest figures show impressive growth … These figures make it easy to predict that the sun will continue to rise in the East.” It is then notable that the airline bills itself as the “fast airline to Asia”! In fact, in 2008 alone, Chinese firms invested almost $56 billion in foreign companies (64% of which came from state-owned enterprises), many of which would not have survived without such investments and takeovers. Is this the way many of our firms will survive the crisis? Will China really become the savior for failing economic players in Western economies? 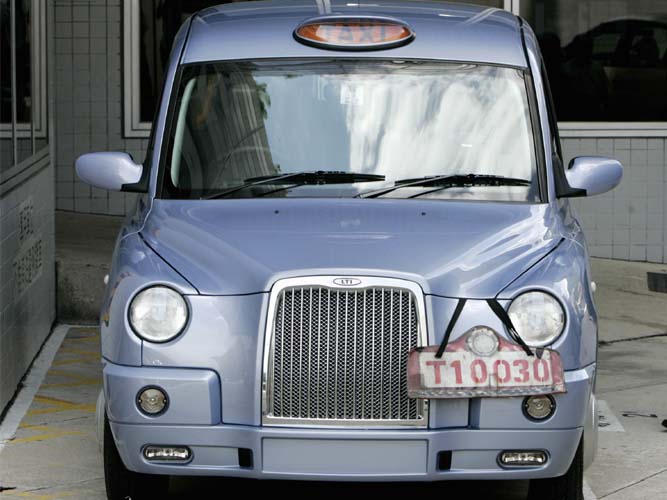 Image: Reuters
The new TX4 London taxi, which was manufactured by LTI Ltd, China
It was Beijing Automotive’s reported 275 Euro million investment, for example, that apparently enabled the recent Koenigsegg-led consortium to buy imperilled Swedish auto-maker Saab from General Motors, thereby “saving” a venerable European mark. And, now, of course, Saab is eagerly considering manufacturing in China for the Chinese market. Similarly, China-based Geely appears to be the best-bet to “save” Volvo.
Hummer, politely referred to as the “All-American Super Car” and which entered the market during the Gulf War, saw its luster fade with rising oil prices. Hummer was actually nearly saved by Sichuan Tengzhong Heavy Machinery Company, until the Chinese government stepped-in and cancelled the deal. Sinochem’s unsolicited offer for Australian fertilizer-maker Nufarm, while not a clear-cut “savior story”, represents the allure of a Chinese investor to a firm issuing profit warnings, whose stock prices were way below previous highs.
Whole countries and even continents have also joined the search for a Chinese “savior”. Much of sub-Saharan Africa is apparently relying on Chinese largesse to pull them out of their poverty. While some question China’s real motivation for providing such aid, for most Africans even aid with strings attached is an improvement over the absence of attention that has marked the continent for so long. In the industrialized world, UK Prime Minister Gordon Brown looked to China early in the crisis (October 2008) when he proposed a “bailout fund” for wayward national economies and included China among the donors (read “saviors”):
"I think it is the countries that have got substantial reserves, the oil-rich countries and others who are going to be the biggest contributors to this fund. Obviously I am going to the Gulf at the weekend and it is one of the items that will be on the discussion with all the international leaders. China also has very substantial reserves.”
Even Europe as a whole looked to China in October 2008 when European Commission President José Manuel Barroso, at the Asian-European summit in Beijing, stated: "We swim together, or we sink together."
A noble sentiment, to be sure, from someone who at that point was at risk of drowning, but the Chinese were too polite to merely say “sink.” Instead, Premier Wen Jiabao suggested that China’s first priority was to keep their own economy running smoothly. This, said Mr. Wen, was China's "greatest contribution to the world.” In the year following that statement, China has done little to adopt the savior’s role, at least at the national level, and there are good reasons why it is likely that they will continue to decline the opportunity to “save” the rest of the world.

China is a developing country. We tend to forget this when we become mesmorized by their growth statistics, but China is still very much a developing country. Sure, when you are in parts of Shanghai or Beijing you are definitely in the 21st century. But turn a corner unexpectedly and you can find a much different place. China’s first priority to its people is to grow into a developed economy, and it’s not going to get there by bailing-out developed economies that are suffering from bad decisions, poor governance and an excess of greed.

China is not yet a self-assured player on the global stage. Most Chinese firms are hardly global competitors. They are struggling to move from either non-competitive state-owned dinosaurs or complete non-entities (private firms) of only a decade or two ago into full-fledged players in a global marketplace. For the Chinese government to restore the much-better-prepared foreign players to health would perpetuate China’s lack of competitiveness.
China’s political system forces domestic issues to first priority. This is probably true of all countries, but in China’s case, without the stabilizing system of free elections, there is really very little resiliency in the way in which the Chinese state governs. Because it lacks the give and take of a critical and elective process, the government is under incredible pressure to get it right every time. Saving individuals in other countries before saving the laobaixing (literally the Chinese masses) is not a smart political gamble. Nor would it be anywhere else for that matter.
China is a not yet a good global trader. In fact, China is playing a quasi-mercantilist game that has exacerbated the problems of Western firms, especially manufacturers. Despite an impressive retreat from day-to-day industry involvement, China’s government is still far too intimate with industrial decision-making to be reassuring to Western business people. Furthermore, by not importing anywhere near as much as it exports; by maintaining a relatively closed domestic market; and by tightly constraining Chinese money; China has sought to maximize its own wealth over making for a more equitable and efficient global trading system. Such behavior is deeply embedded in China’s trade attitudes and is not a good harbinger for it assuming a savior’s role.
So what role then will China play? Will China jump in the breach to be the restorer of “status quo ante” in today’s post-crisis world? The answer, I think, is an emphatic “no!” And, it’s probably a well-advised response at that. Paradoxically, however, while I don’t think that China will save the West from itself, I do believe that there is a very good chance that bits and pieces of China will save bits and pieces of the West. Take that London Taxi, for example.
The Chinese auto-maker Geely has taken a 20% stake in the UK builder Manganese Bronze, and is now producing London taxis in Shanghai. Not all London taxis, mind you - most are presently still built in the UK. But it is noteworthy that the Chinese joint venture (of which Manganese Bronze is a slight minority holder), has an ultimate capacity that is 20 times the current UK market size. Similarly, if Volvo or Hummer is bought, it will be by specific Chinese enterprises in business transactions. This is not so much about being a savior as it is about making smart acquisitions during the West’s fire-sale. That is likely how salvation, Chinese-style, will be achieved.
Here and there, bit by bit and always in the pursuit of a good deal. In fact, for the saved and the saviors, this might turn out to be the best outcome imaginable. It provides a lifeline to viable Western firms, it integrates China more completely into the world economy, and yet it reduces the direct role of the Chinese government in the global “bailout”.
Bill Fischer is Professor of Technology Management at IMD. He teaches on the Leading the Global Enterprise and Orchestrating Winning Performance programs as well as in IMD’s Partnership Programs. He also directs IMD’s Driving Strategic Innovation program.