Prof. Howard Yu explores trends in China's evolution to figure out whether China has the wherewithal to develop global brands like those Japan & Korea have, or will it be relegated to just being the "manufacturing hub", a la Taiwan

China’s economic development seems inexorable. Its economy is likely to be the world’s largest before the end of this decade, and the renminbi will probably become one of the world’s reserve currencies alongside the US dollar and the euro.

But what sort of global impact will Chinese brands have? Two different scenarios come to mind. 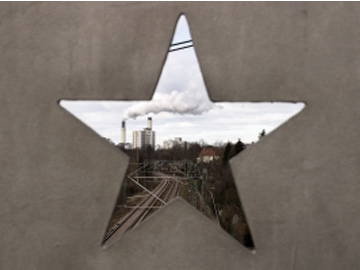 2] Or will Chinese firms behave like Taiwanese contract manufacturers, most of which remain nameless despite controlling over 90% of global laptop shipment volume?

Critical historical patterns
By comparing the corporate development of firms from Japan, South Korea and Taiwan, weidentify important patterns that can explain the varying degrees of success that emerging firms have had in developing a major global brand. Understanding these patterns is important; only then can we make sense of the current events that are unfolding in China.

Our research confirms that for an emerging firm to develop a global brand, it needs to have a complete package of capabilities:


All the firms we have investigated in Asia have succeeded in developing the first two capabilities. Knowledge transfer enabled local firms to catch up in the area of technical know-how. And by working for Western multinationals as contract manufacturers, they quickly achieved economies of scale in production.

But to develop capabilities in marketing and distribution, an emerging firm must, through first-hand exploration, discover new markets where it can redeploy existing know-how and reduce its reliance on Western multinationals. In the PC industry, many of Taiwan’s leading contract manufacturers failed to take this critical step—partly because their razor-thin margins left little room to invest in marketing and distribution, and also because the ubiquitous “Wintel” (Windows and Intel) platform imposed uniform functionalities on all PCs. The same cannot be said for automobiles, consumer electronics and household appliances, for which there are multiple sources for critical components.

Consequently, many Taiwanese PC companies remained captive suppliers despite their size and failed to develop global brands – in contrast to many Japanese and South Korean firms in other sectors.

The Chinese Story in the Making
What are the implications of these different development patterns for Chinese brands? Although situations vary across industries, the evidence so far indicates that some leading Chinese companies are following the Japanese and South Korean model and developing powerful global brands.

One critical factor is the enormity of China’s less affluent population. This means local firms that can effectively serve segments once ignored by western multinationals will develop immense competitive advantage in the long run.

Haier, a home-grown electrical appliance company, began by making compact refrigerators for small homes in China, a market segment Western multinationals deemed unprofitable. Then, in the 1990s, Haier entered the US market, targeting a largely untapped group of consumers who would use its refrigerators in college dorms and hotel rooms. It has since captured almost half of that market segment.By 2009, Haier had surpassed Whirlpool as the world’s top refrigerator producer by sales volume.Haier’s current development path is similar to the early history of Toyota in the US during the 1960s, when the company gained an initial foothold bytargeting housewives and teenagers who needed a second and/or affordable vehicle to run around town.

Similarly, Chinese PC maker Lenovo was able to avoid the predicament of Taiwan’s PC industry by focusing on the rural retail sector early on –again, a market segment that Western multinationals shunned. Starting in 1998, the company invested aggressively in infrastructure – including local offices, sales teams and supervisors – to directly manage a sprawling retail network that covered the most obscure cities and even villages in China. HP and Dell, by contrast, concentrated only on coastal cities where reputable, third-party distributors operated. As local demand soared, Lenovo achieved greater economies of scale, attained lower production costs, and generated healthy profits for reinvestment. In 2005, Lenovo acquired IBM’s personal computing division, paving the way to enter more developed markets.

China’s green energy sector faces a promising future for a similar reason. Domestic solar panel and wind turbine manufacturers have been focusing on serving rural areas of western China as they have better access than overseas competitors to remote areas. China’s Suntech and Goldwind are now among the world's largest solar panel and wind turbine manufacturers. While it remains to be seen whether Chinese firms can beat GE and Siemens in leading the green energy revolution, the competitive landscape is tilted toward the East.

Such favorable conditions do not always coalesce, however. As the example of Taiwan’s PC industry shows, the use of the acquired know-how of certain industries can sometimes be severely limited to the existing mainstream market. This also applies to some Chinese firms. For example, civil aircraft manufacturing is one of the industries where the requirements of all customers – existing and potential – are virtually the same. International and Chinese airlines require similar product performance and they must comply with universal safety standards.  In such settings, the prospects of local firms in China become much less certain.

Mark Twain is supposed to have said that “History does not repeat itself, but it rhymes.” An understanding of how companies in Japan, South Korea and Taiwan have evolved differently provides enormous insights into how Chinese companies across different industries might behave.

Howard Yu is Professor of Strategic Management and Innovation at IMD, where he teaches in the Orchestrating Winning Performanceand Building on Talent programs. His teaching and research activities focus on why and how some firms can sustain new growth while others cannot.