Behind the extraordinary emergence of the BRIC countries as economic powers is a national industrial policy. In each case, the state has been a potent, and at times, creative force.

Behind the success of Brazil, Russia, India and China has been a state that has influenced the skills and capabilities acquired and developed by private industries.

It is important to understand that while the State supported companies in the BRICs, it refrained from being a fly on the wall of the R&D labs in those countries. In a variation of a phrase that many Canadians will recognize, “The State had no place in the labs or the boardrooms of the nation.” 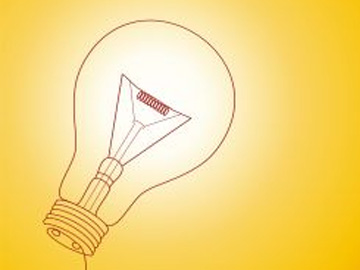 That the state must know where to draw the line in its involvement in innovation was perhaps best encapsulated in the comments of an official in another, non-BRIC country that has startled the world with its innovation prowess. “The state cannot come and say from now on we will develop engines for helicopters; this is a complete dead end,” remarked Itzhak Yaakov, the former head of the Office of the Chief Scientist in Israel’s Ministry of Industry, Trade and Labour. “Successful industrial R&D comes from the people themselves. Therefore the problem of the state is to give the entrepreneurs who think they know what they are doing the ability to do so. …Good ideas have to come from the market, not from the state.” (Innovation and the State, Dan Breznitz, Yale University Press, 2007).

A wonderful (and whimsical) example of an entrepreneur who knew what he was doing is Alberto Alessi, and his eponymous company’s cone-shaped kettle, whose spout is topped by a little bird. Alessi’s stroke of genius was to call on the American architect, Michael Graves, to design the kettle. “We needed to do something completely new, to be radically innovative,” says Alessi in Design-Driven Innovation by Roberto Verganti, (Harvard Business Press, 2009). “To do so, we needed to find new talents, who had never practiced in this field before, who could create new languages.”

As both the public and private sectors in Canada struggle to agree on a strategy to promote and steer innovation, it is instructive to recall what were, only slightly arguably, the golden years of innovation in Canada, the 1970’s and 1980s. Then, the extraordinarily gifted scientists of what was then one of the world’s most prolific incubators of innovation, Bell Northern Research, revolutionized telephony by inventing the SL and DMS lines of digital phone switches.

Bell Northern Research (BNR) was lead by two remarkable men, Walter Light, who was the CEO of what was then called Northern Electric, and Donald Chisholm, who was the Director of BNR. In Peter C. Newman’s Nortel: Past, Present, Future, Walter Light described his management philosophy. “The most successful corporate leaders are content to provide the conceptualization of their corporations’ roles and provide the direction and thrust of future endeavours. Beyond that they hire the finest talent available, bring them on board, give them their trust, challenge them, comfort when they stumble and provide them with the widest opportunity to grow, innovate, succeed and challenge those below them.”