Janmejaya Sinha: How to Kickstart Second Leg of Reforms 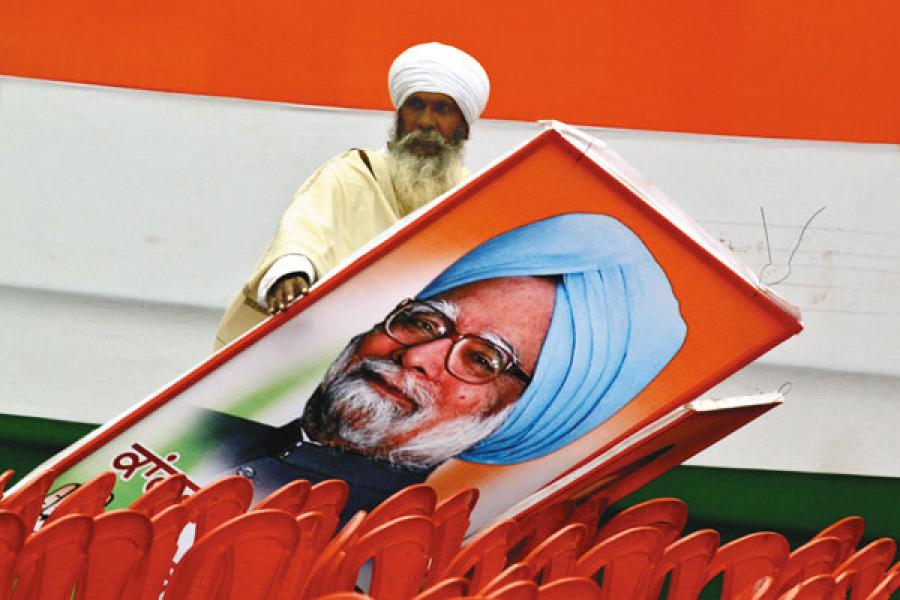 Image: Ajay Verma/ Reuters
CAMPAIGN TRAIL A Congress supporter holds a billboard of Prime Minister Manmohan Singh after an election rally. The government should address structural issues and kick-start the second leg of reforms that are stuck in the spokes of the short-term election cycles

The equation is fairly simple. We need to increase revenues and manage our expenditures.  The deteriorating financial situation is a result of slowing growth and its consequence on tax collections. On the other hand, expenditures have been marked by laxity, populism and inefficiency.  We have many poor subsidies—oil, fertiliser, growing populism, great inefficiency and leakage. This is further exacerbated due to high interest rates and the consequential crowding out and negative impact on growth.

The first thing India needs to do is to bring efficiency in the overall system to spur the economy. It should address structural issues and kick-start the second leg of reforms that are stuck in the spokes of the short-term election cycles. India needs as much money to build physical infrastructure like roads, ports and modernise railways as it needs in soft infrastructure like health and education. These are very large, substantive and tricky requirements that have to be met. It is a matter of skill and judgement as to how to spend our money, but it’s important that the government starts taking some risks rather than remaining immobile.

That also raises a fundamental issue of maintaining the country’s democracy, its biggest asset. I would make a conservative guess that it costs about Rs 2 lakh crore to conduct elections—general, state and local levels—run political parties and keep democracy alive and healthy. We don’t know where that money is coming from. Yet we cannot run away from the fact that it is there and needs to be accounted for somehow. Anywhere between 20 and 40 percent of India is a shadow economy that is not captured properly in numbers. That has to change.

Ultimately, managing the economy is a complex balance and the Central bank and the government have an equal role to play. The RBI-government dance is currently like an Angela Merkel-Greece tango. She doesn’t want Greece to fail or leave the EU but she can’t relax her grip otherwise she allows them to relax and take the foot off the hard reforms. The RBI is waiting for the government to show some fiscal rectitude before it cuts rates.

But it can’t wait too long as capital-intensive and infrastructure industries already have high debt-equity ratios. The ideal would be for the RBI to cut rates and the government to show fiscal prudence.  It is important for the government, whatever the compulsions, to at least provide directional signals—some cut in subsidy, some divestment. I wish we could move on the goods and services tax, which is a good reform to begin with.  It is our opportunity decade but we will need to work to make it ours. Fingers crossed.

(As told to Forbes India)

Tweets by @forbesindia
Sitaram Yechury: The Government Should Get Priorities Right
Taxes That Raised Eyebrows