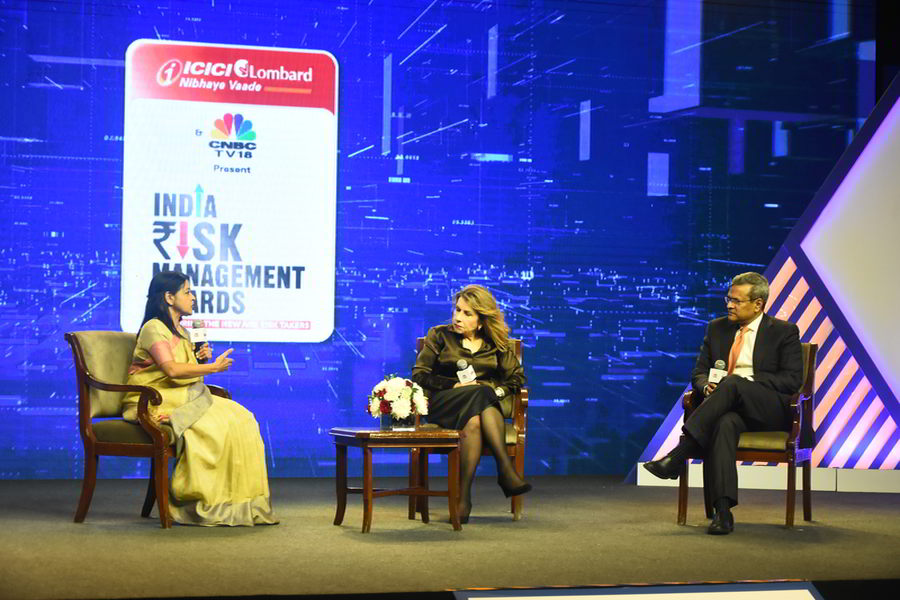 The fast changing technological landscape is creating new opportunities for insurance companies in the risk management space. "The way you provide solutions to your customer can change. And that's what technology does. The aspect of technology is that you know it creates disruption, but it also creates opportunity,” Bhargav Dasgupta, Managing Director and CEO, ICICI Lombard General Insurance said at a panel discussion at the India Risk Management Awards (IRMA) 2020 held recently in Mumbai.

Today’s advancement of technology, Dasgupta said, is helping insurers identify risks in advance and take necessary steps. “When we look at risk for our own businesses, we talk about catastrophic risks, and we talk about event risk. In the past, traditionally, we would have been waiting for it to happen and then we come in and pay a claim. Today, you can actually monitor and hence prevent some of these events using sensors,” Dasgupta said.

Responding to a question from CNBC TV18’s Executive Editor, Lata Venkatesh on the possible risks to the India economy with the problems facing the non-banking financial companies (NBFC) and the government’s response to them, Dasgupta said he would like the government to take urgent steps to tackle the problems. “A small default leads to another bigger default leads to another bigger, different one. The loss of economic growth for the last maybe 15 months that we've seen is huge in terms of the cost that we're paying as a country. I would always vote for doing something more dramatic early rather than wait for it to fester,” Dasgupta said.

He pointed out that there has been massive drop in credit since the 2018 ILFS fiasco. “If you look at the drop in the credit numbers for the economy, and if you aggregate that number that comes over $100 billion of credit, which has disappeared in the last one year, from the ILFS days. If you look at the multiplier factor of that, it's a tremendous impact on the GDP,” he said.

Therefore, he said, taking radical steps to improve the situation may be better. “I think the bigger benefit to society and to economy in terms of taking a hard, clinical decision and do something, which is radical, is probably more beneficial in long term than letting a slow burn happen,” Dasgupta said.

Dwelling on the recent global trend of increased protectionism, Chief Guest at IRMA, 2020, Carmen Reinhart, Professor of Economics at the Harvard Kennedy School said that the trend of raising barriers to global trade happens when during times of global slowdown and shrinking economies. “Protectionism and also things like populism tend to surface the most when the pie stops growing. When the pie either starts growing much more slowly or begins to even shrink.

She pointed out that major economies are seeing contraction and lower per income which could be the cause or rising trend towards protectionism across the globe. “If actually in the extreme you look at Italy, or you look at Greece, their per capita income today is lower than it was in 2007. And if you believe the IMF forecasts, in 2024 they'll still be lower than they were in 2007. So that is the setting for this kind of your de-globalization attitude” Reinhart said.