If the old and new guards in family businesses have open and frank discussions on points of conflict, they can overcome any challenge 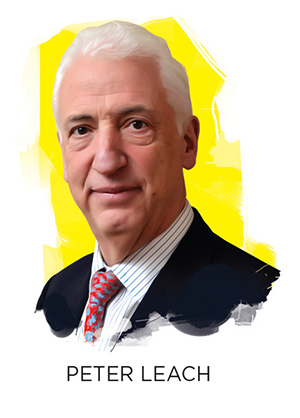 Much has been made of the theme of ‘uncertainty’ so far in 2017. Only last month, Forbes India reported on the uncertainty predicted for the Indian economy during the year ahead. In the West, the election of Donald Trump as US president and Brexit have shaken old paradigms and disrupted the long-accepted status quo. However, despite all this, India’s GDP growth is predicted to surpass 7 percent for 2016-17, and, therefore, it seems that the future for family businesses in the country is likely to be filled with both good and bad. What, then, are the key trends for Indian family-owned businesses, and how might they bring their own challenges and opportunities?

Today, the patriarch or promoter of a family business is challenged with a dual role—taking care of the business and the family. He is not only responsible for the growth and success of the business, but also for ensuring that it survives beyond his generation. However, the leadership skills needed to build a business are different from those required to lead a family, and some founders are finding this extremely difficult to master. Getting it right requires significant dialogue, and one of the challenges of Indian culture, values and tradition is that it sometimes inhibits open and honest discussion between patriarchs and the next generation. Often, the topics that need to be discussed are those that fall into a category called ‘undiscussable’ and a significant effort is needed from everyone involved to have honest conversations. The families that accept this and have difficult discussions often perform much better than those who don’t.

Another trend that is becoming noticeable is that those on the right course tend to operate under an inclusive style of leadership rather than the old authoritarian model of ‘command and control’. Next generations who want to succeed are being compelled to change their mindset from that of ego-driven competition to coordinated collaboration. That said, there are plenty of next generation members who are uninterested in the traditional family businesses as they are too bureaucratic and operate in an old-fashioned style. Indeed, a significant challenge ahead for Indian family businesses is attracting (and keeping) next generation talent in the company. Many businesses may not be seen to be glamorous enough for those who have been educated in business schools abroad. Of course, there is also the challenge of next generation family members who return after completing their studies abroad not possessing any of the relevant skills or experience needed to take over the family business. The model of inheriting the business ‘whether you like it or not’ also persists to some extent. It can lead to the challenge of reluctant or unsuitable heirs taking over the business. 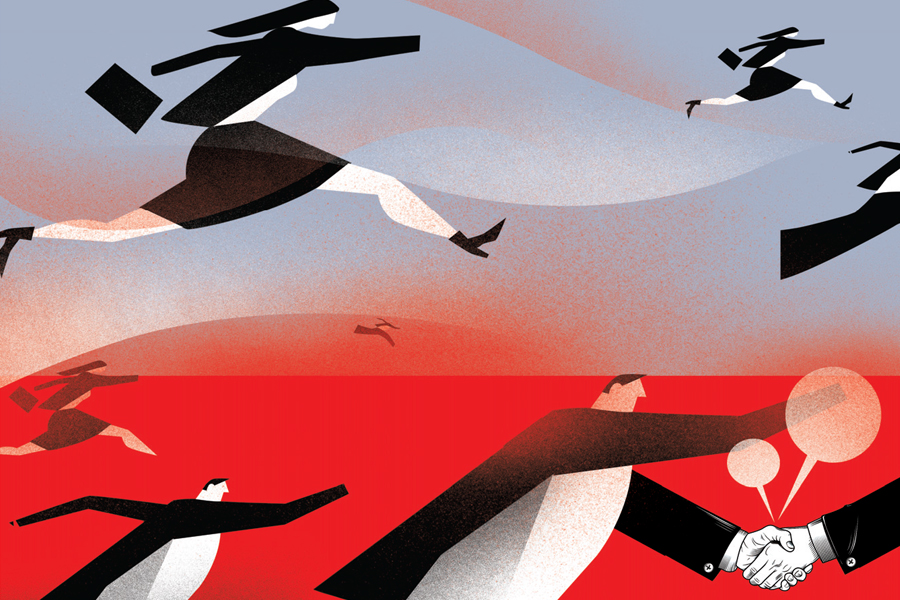 A positive trend that seems to be getting popular is the idea of decision-making being conducted jointly between generations. Under this model, the family operates as a true partnership rather than the next generation working in the patriarch’s or matriarch’s business. This family partnership concept creates communication on an ‘adult-to-adult’ basis (rather than ‘parent-to-child’), and helps individuals build trust and confidence in their family’s ability to make decisions on a collective basis rather than a patriarchal one.

Indian family business owners are also becoming more cognisant of their place on the ‘strategist-manager’ scale. I often use the analogy of a cruise ship to explain this to families: The owner-manager is in the engine room, shovelling coal and fixing broken machinery, the owner-strategist is on the bridge, steering the ship and making key topline decisions, while the owner-investor is relaxing with a cold drink on the pool deck.

I have found that Indian family business owners are increasingly coming round to the idea that perhaps they can add the most value as owner-strategists or owner-investors, rather than owner-managers in the engine room. Of course, this represents both a challenge and an opportunity simultaneously: While significant value can be added by moving the expertise of long-time owner-managers to the bridge, the challenge for newly moved owner-strategists is ensuring that they have hired the best possible professional management team to run the business for them, while being able to closely monitor it. This kind of transformation also requires the family to engage with the process of creating clear succession plans and ensuring these are properly communicated.

A further trend that I have noticed is the increasing involvement of women family members. Indian family businesses have historically been male dominated. While men still dominate to a certain extent, there has been a significant increase in the number of women working in family businesses, especially in the second generation. And I have seen women supporting their husbands/fathers apart from working alongside those running the businesses and playing an active and valuable part.

Another trend emerging is the concept of the ‘family office’ in which the family amasses wealth outside their traditional businesses to create a separate pool of resources to improve and enhance financial security, which hitherto would be inextricably linked with the performance of the operating businesses. Many families are doing this around the world and India is no exception.

However, from a business standpoint, Indian companies are able to play on the world stage, and many have embarked on a programme of globalisation, which requires knowledge and understanding of other markets. This represents a significant opportunity, and family businesses are well placed in this regard, as many from the next generation have been educated in the West, which can only enhance the ability of family businesses to follow this route.

Overall, family businesses are growing in significance in India, and the vast majority of Indian economic activity is generated by family enterprises. The biggest challenge that they face is the question of how to align the vision and values between generations so that the whole family has a clear and agreed vision for what they want, supported by a common and articulated set of shared values. The families which are able to do this are those which will inevitably be able to overcome any of the challenges that they face, because they are united and are able to speak with one voice as a result of having such an alignment. In order to achieve this level of communication and make the most of the opportunities ahead, the ability for families to have really open and frank discussions among themselves is the key.

(The writer is a partner in Deloitte LLP, UK, and leads the firm’s family enterprise consulting business)