A 10-point framework for the digital journey 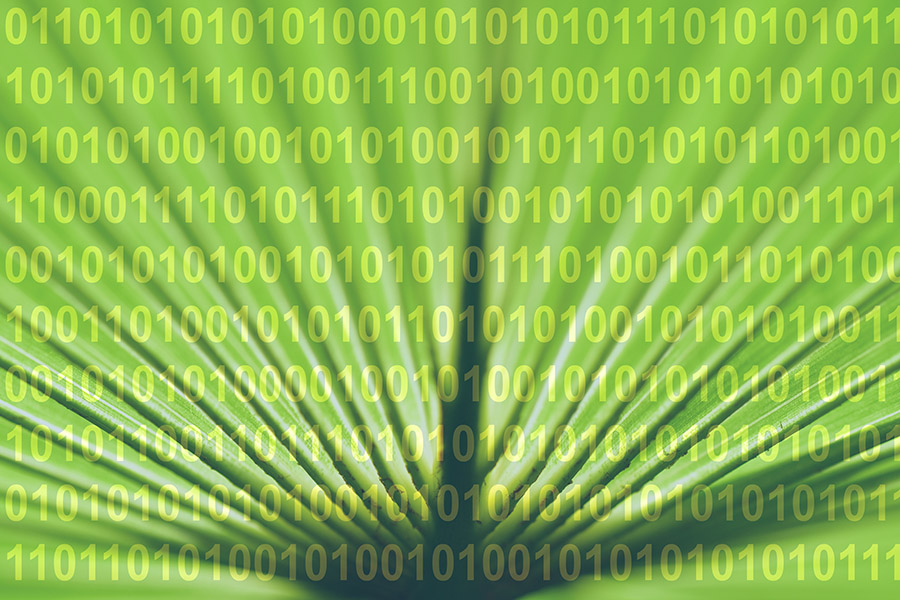 In the near future, it may be difficult to imagine a company not involved in some way in digitisation. While Uber, Amazon and Netflix grab headlines for their growth in the platform economy, traditional companies are also digitising. UPS uses smart routing devices to trim millions of miles on their delivery routes. Caterpillar now equips its tractors and diggers with internet-enabled sensors that provide data to customers and itself for smarter maintenance and performance.

The new evolving ecosystem of mobile computing, interactivity and data gathering presents an opportunity to craft new value propositions. This is just as well since the era of “easy” global growth becomes less likely to continue. While population increase and mass consumer markets gave traditional businesses opportunities to grow in the 20th century, the wave of the future is more likely to centre on creative recombinations of technology and people, something digitisation encapsulates.

Management waves and new technologies have come and gone before, from cassette tapes and fax machines to business process reengineering and Six Sigma, which makes it easy to dismiss digitisation as a fad. But executives we recently interviewed for a research article share a belief that despite the growing access to computers and data over previous decades, digitisation is just starting. The managers and leaders we interviewed were actively involved in shaping the digital future of media companies (books, music and television). We also spoke to managers in banking, ship building, retail and consulting to understand more from companies where the product is less likely to be digitised.

While this work is ongoing, below is the first of several instalments explaining the framework we see emerging: 10 checkpoints on the digital journey that companies face. In later articles, we will expand on these points, which include skills and roles, structures and processes, and cultural aspects. We will start and end with cultural aspects, specifically checkpoint one, the mindset shift. 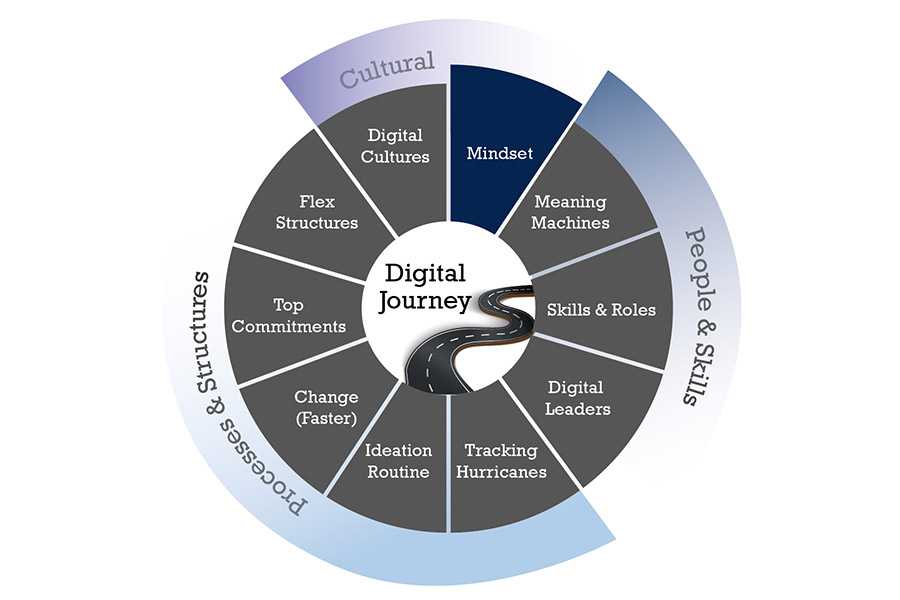 Mindset shift
While companies need to respond to this new reality seriously, there is no recipe for transformation. “Going digital” or “digitisation” is often characterised as a transformation, suggesting that organisations embark on a caterpillar-to-butterfly metamorphosis with a clear start and finish and emerge ready to take flight as digital leaders.

The lessons from companies well down the road of digitisation show that framing it as a journey is a better starting point. Our study revealed the issue of mindset as the first of 10 dimensions companies would do well to consider throughout this journey. Interviewees for our study were willing to experiment and start early, iterate and grow in capabilities and know-how, which are important ingredients for any organisation looking to adapt to a fast-moving environment.

According to a theory of organisational behaviour called “absorptive capacity”, companies who amass foundational knowledge, skills and ideas build the capacity to absorb new ideas faster. Absorptive capacity is defined as a company’s ability to recognise the value of new information, assimilate it and apply it to commercial ends. Absorptive capacity depends on prior knowledge, because knowledge is cumulative. In the same way a student doesn’t go from learning simple algebra to doing advanced calculus overnight, organisations can’t run before they can walk. In short, they don’t just become digital by buying or creating a new technology; they build ongoing capabilities and knowledge over time.

It’s not too late, or too early
An interviewee from the book industry told us that “we’ve been producing e-books since 2000, although we didn’t sell many of them. But it was a mini example of the whole value chain which we looked at in more depth later. Getting the rights from authors and agents, technically producing the e-books from today’s perspective through many aggregators and vendors…was like a preparation phase for the business which kicked off in about 2009.”

The good news from this example is that it’s not too late, or indeed too early, to get involved. For the company above, its earliest foray into e-books was not a commercial success, but it was an invaluable learning process and set it up for the e-book wave.

It’s not about technology
It’s also important to frame digitisation as being less about computing-based efficiencies than about organisational effectiveness. Companies are fairly confident that the software infrastructure will exist for them to create platforms and gather data. What is most important is understanding the potential of technological developments to shape consumer experiences.

One participant told us that, “you have to digital define the way we interact, probably the way we live in many areas. So it’s much further reaching than it was in the past. Now it’s starting to change…business models. It might change the overall user experience…I’m thinking a lot about how will people interact, or how will they consume information.”

The processes organisations should adopt to become digital are not necessarily themselves “digital”. Technology is important but it’s not the essential component.

Our interviewees gave us the sense that they were overwhelmed with data, not least because data have become so fine-grained and instant. Acting on constant feedback and insights, but without jumping at every data point, will be crucial to leveraging data effectively. In my next article, I will expand on how organisations can leverage these bigger analytics to derive larger meaning and what skillsets organisations will need to use such tools effectively. As we learnt from those who see digitisation as a journey, the focus today is less on data and storage than on analysis and ideas.

D. Charles Galunic is a Professor of Organisational Behaviour and the Aviva Chaired Professor of Leadership and Responsibility at INSEAD.